It could be reasonably argued that the first-generation Camaro is the favorite one among aficionados and car collectors. Chevrolet hit an out-of-the-park home run with the first iteration, and as one of the most popular trim packages, the Chevrolet Camaro RS sold nearly 41,000 copies in 1968. 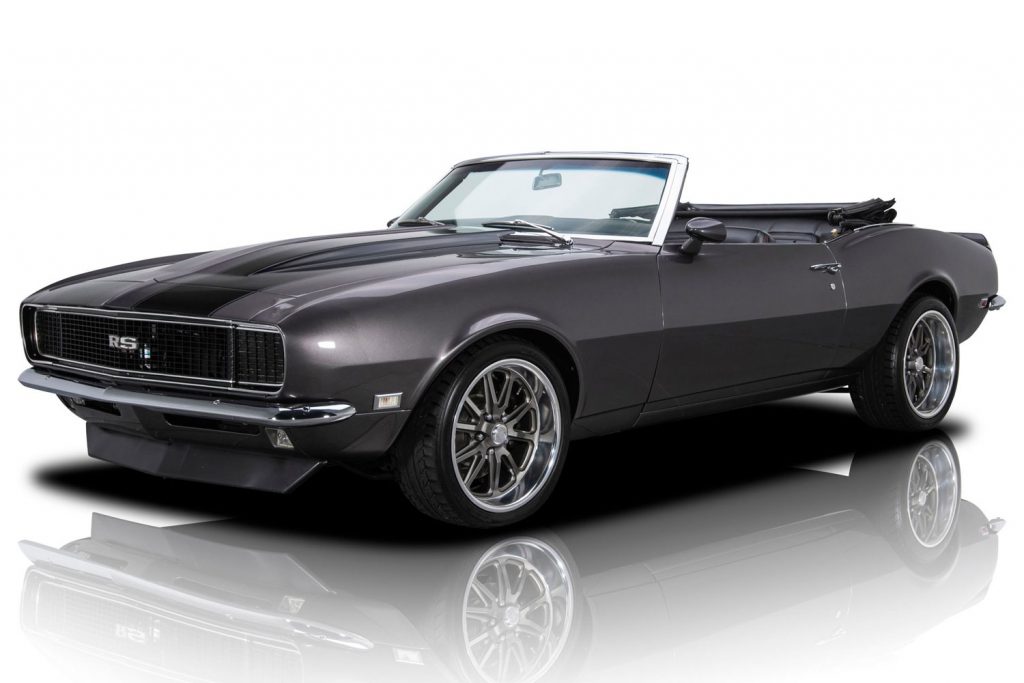 The lines of the first-gen Camaro are appealing, but the equipment those early pony cars had pales in comparison to what is available on modern offerings. If you want to have your Chevrolet Camaro RS cake and eat it too, then you need to get yourself a slick restomod. The folks at RK Motors in Charlotte may have just what you need. 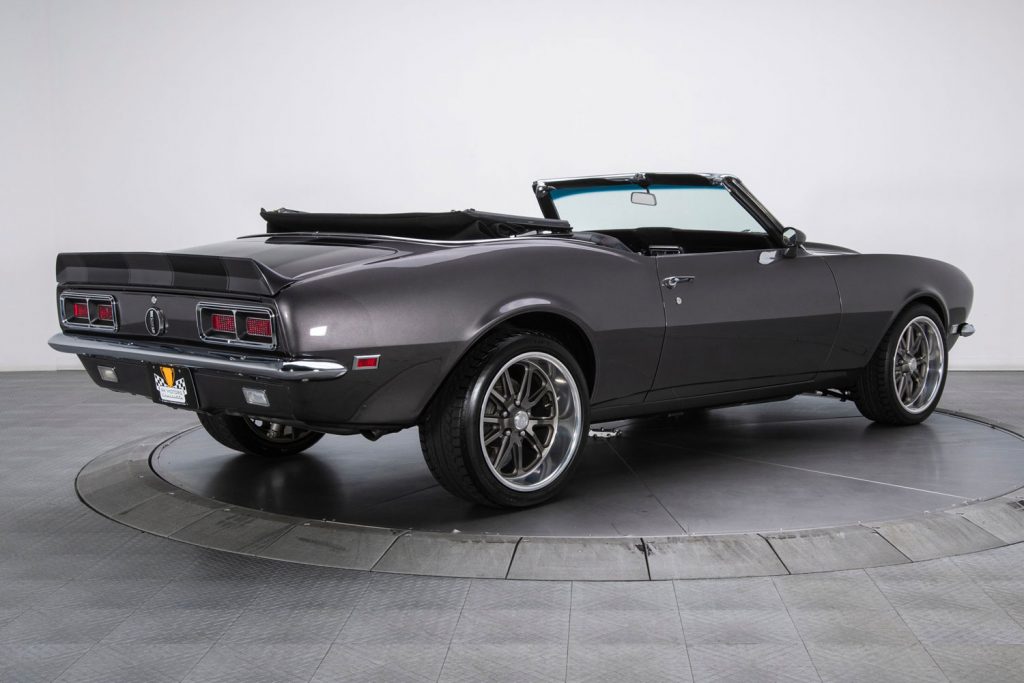 This 1968 Chevrolet Camaro RS restomod has been treated to a ground-up restoration. It is resplendent in Chrysler Granite Metallic paint. Black SS stripes run the length of the hood and trunk. The rocker moldings and wheel arch trim have been removed in favor of a cleaner look. All bumpers have been re-plated and the brightwork is highly polished. The glass and weatherstrip are as new. The traditional vinyl convertible top has been replaced by a Haartz cloth lid that complements the black stripes. 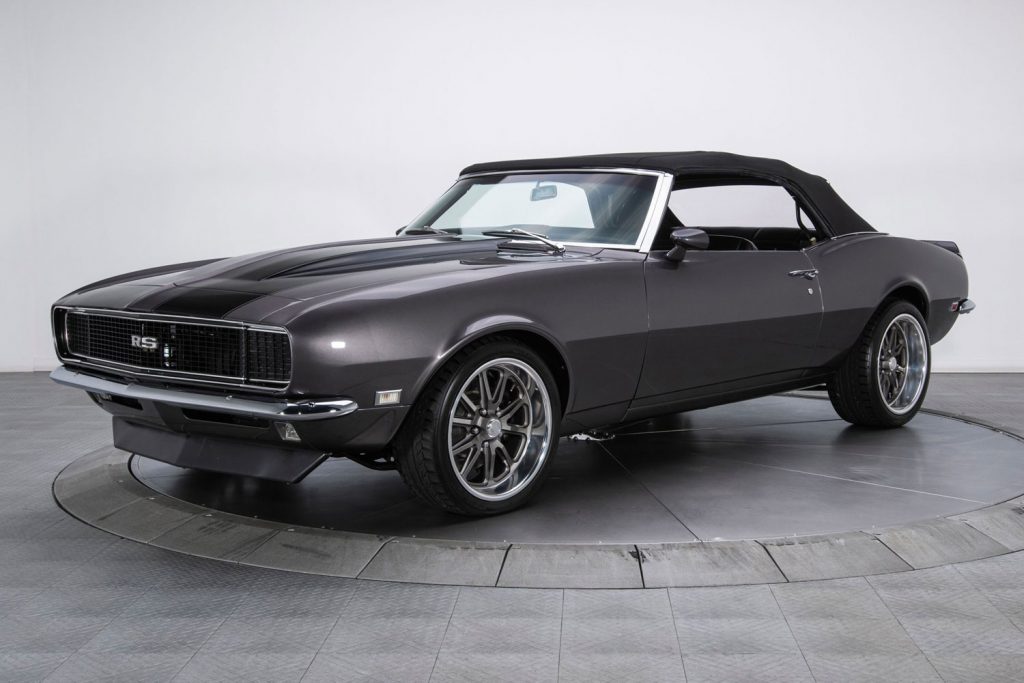 US MAGS wheels finished in a charcoal gray shade feature a polished lip, and are shod in BFGoodrich G-Force performance rubber. Through the wheels, CPP Big Brakes can be seen. 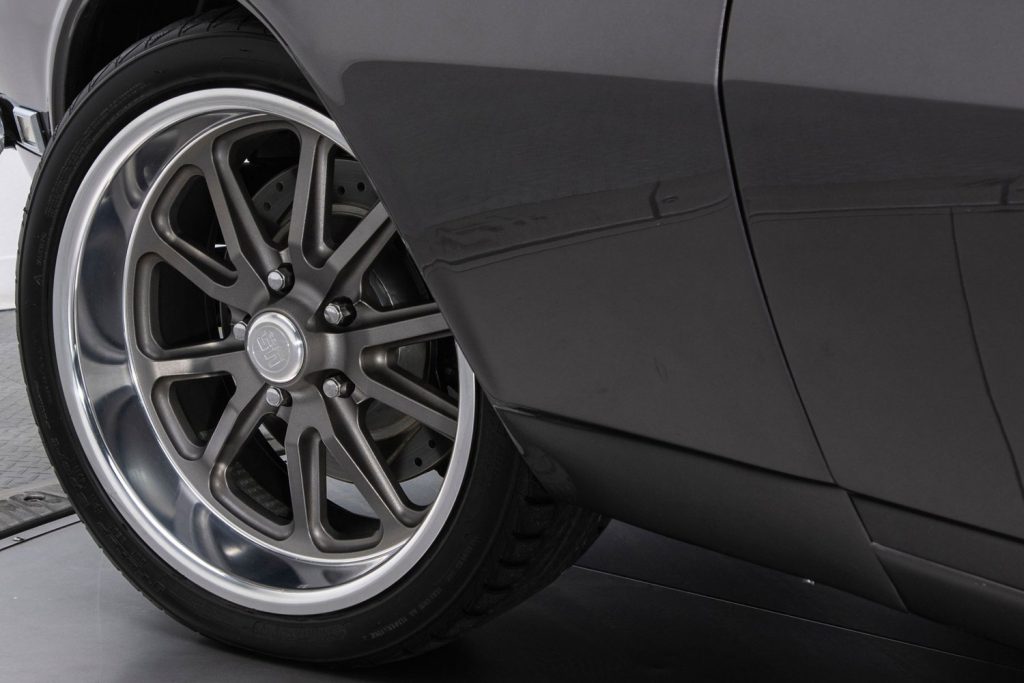 The interior of the Chevrolet Camaro RS has been fully refinished, trimmed in black leather and suede, with contrasting stitching throughout. The door panels have been custom sculpted, and the front bucket seats are by TMI. Modern gauges reside in the gauge binnacle. Vintage Air climate control and a modern head unit are both housed in the center stack. A contoured MOMO steering wheel has been fitted, as has a black suede shift boot. The shifter feeds inputs to a Tremec six-speed manual trans. 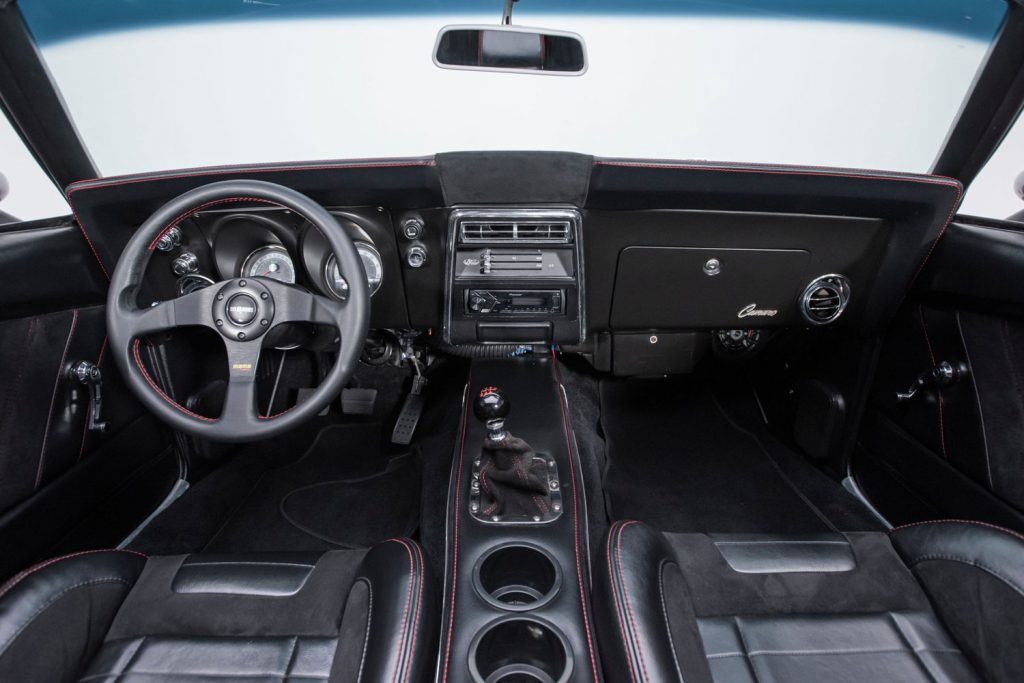 The engine bay of the Chevrolet Camaro RS is surgical theater spotless. A Corvette LS3 has been installed beneath the hood. Polished stainless plumbing topped with a cone filter feeds the potent V8. Hoses and lines are covered in black nylon sheathing. The CPP Big Brake booster is a gleaming chrome finish. Hood supports are polished billet. A massive polished aluminum radiator dominates the front of the engine bay. 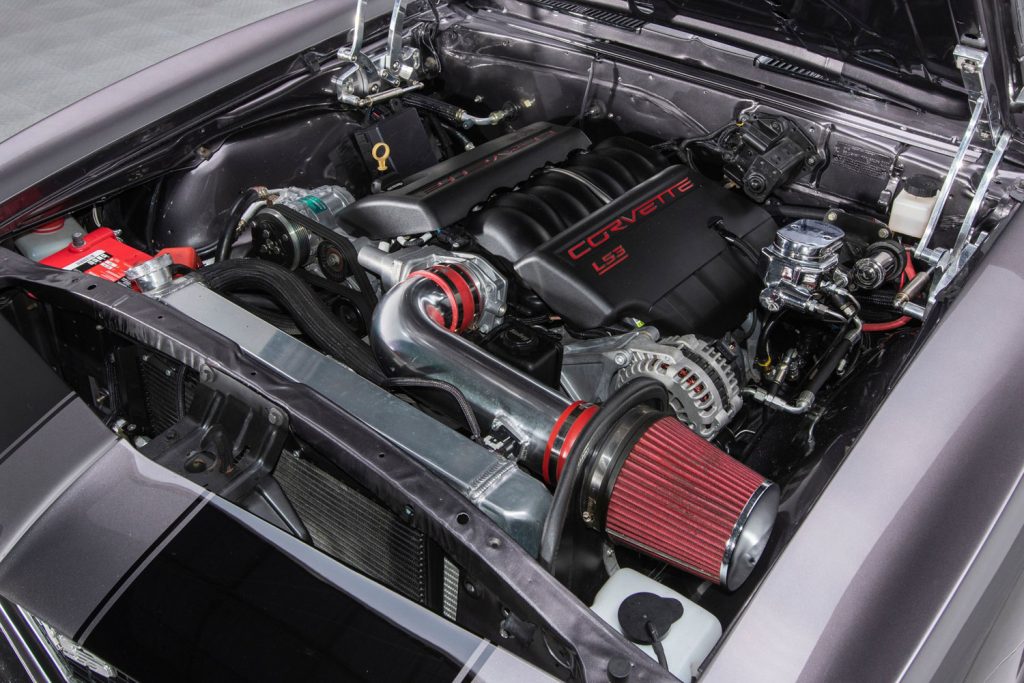 The undercarriage is as spotless as the topside, with RideTech suspension featuring FOX coil-over shocks, and a Hooker Blackheart exhaust system exhaling spent gasses. 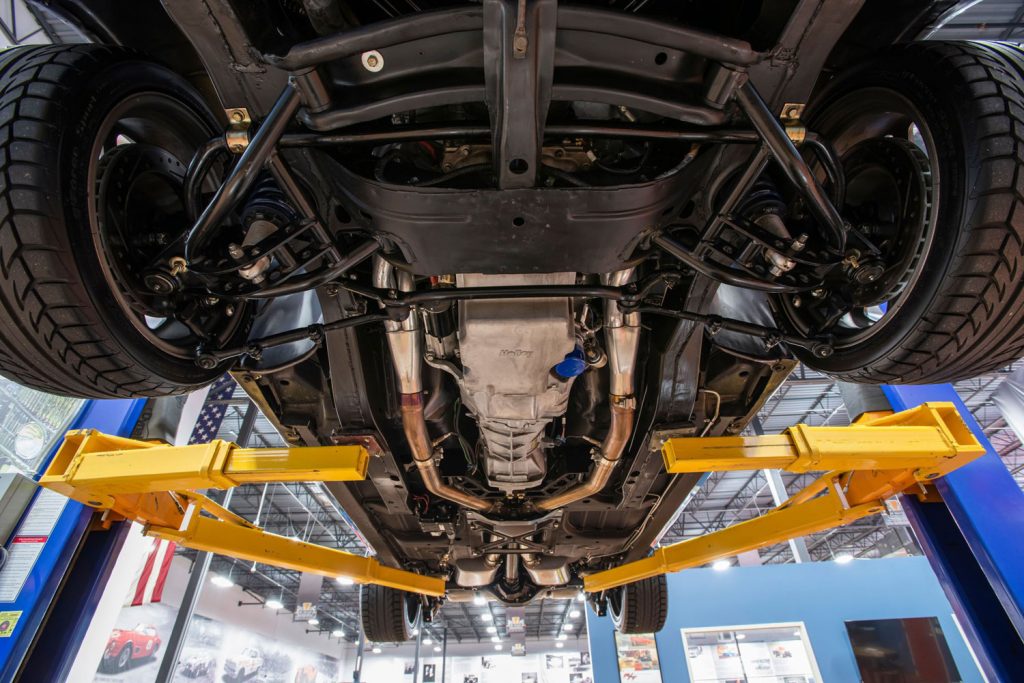 This remarkable Chevrolet Camaro RS is available from RK Motors Charlotte for $97,900. 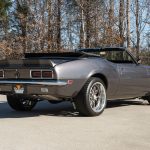 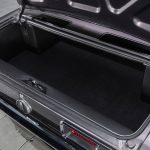 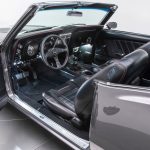 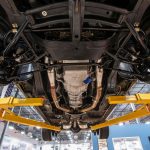 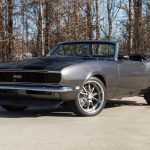 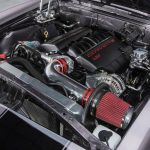 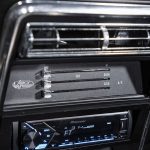 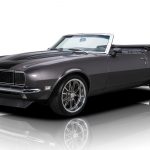 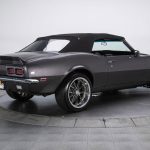 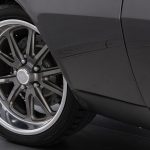 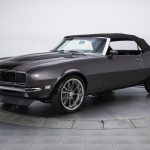 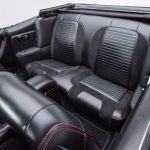 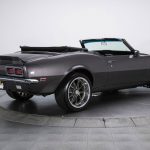 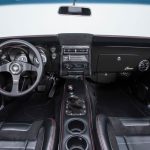