Like so many of the cool AutotopiaLA videos, this one opens on a shot of a hot rod, in this case a slick early Chevy Nova, driving past the camera with a vicious exhaust note filling your ears. We hear the voiceover from host Shawn Davis, “No knock on the LS or anything else modern, but for me there’s still nothing like the sound of a Small Block 350.” 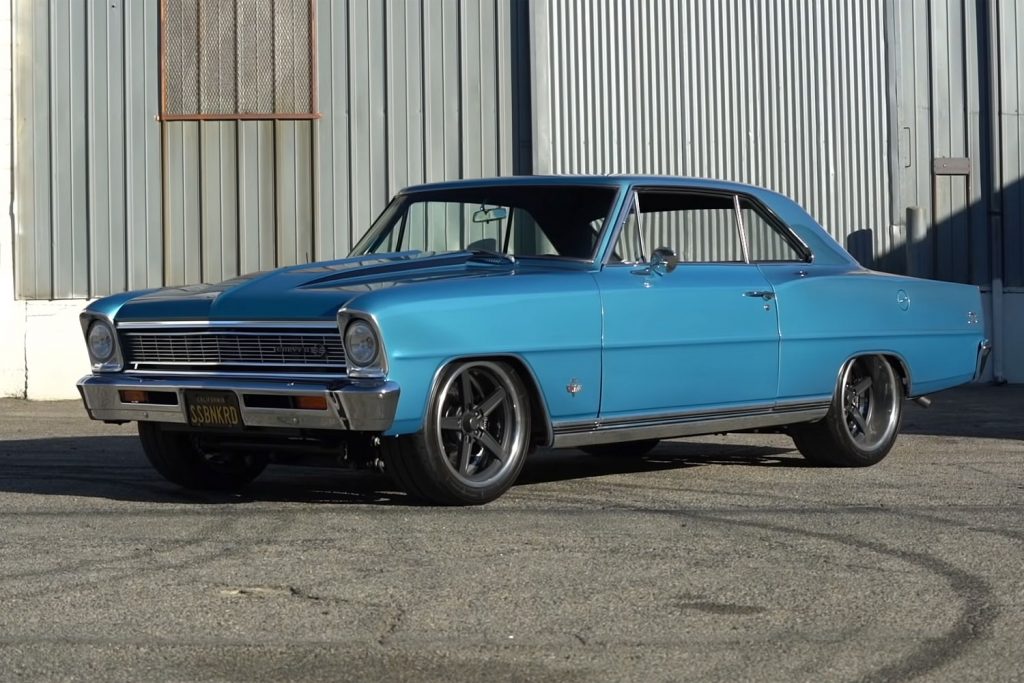 After the AutotopiaLA logo spins across the screen, we get a better look at the Marina Blue Chevy Nova. As it pulls out of the garage, we can see there are some serious meats under the rear end, with not many grooves in them, looking like mostly slick rubber. The paint is very shiny, and the chrome rear bumper just gleams. From the voiceover conversation between Shawn and the Nova’s owner Jeff, we learn the car is a true Super Sport, but the engine has been swapped for a built 350 Small Block that’s laying down 375-400 horsepower. Power is transmitted through a 700R4 automatic to a Ford 9″ rear with 3.70 gears. 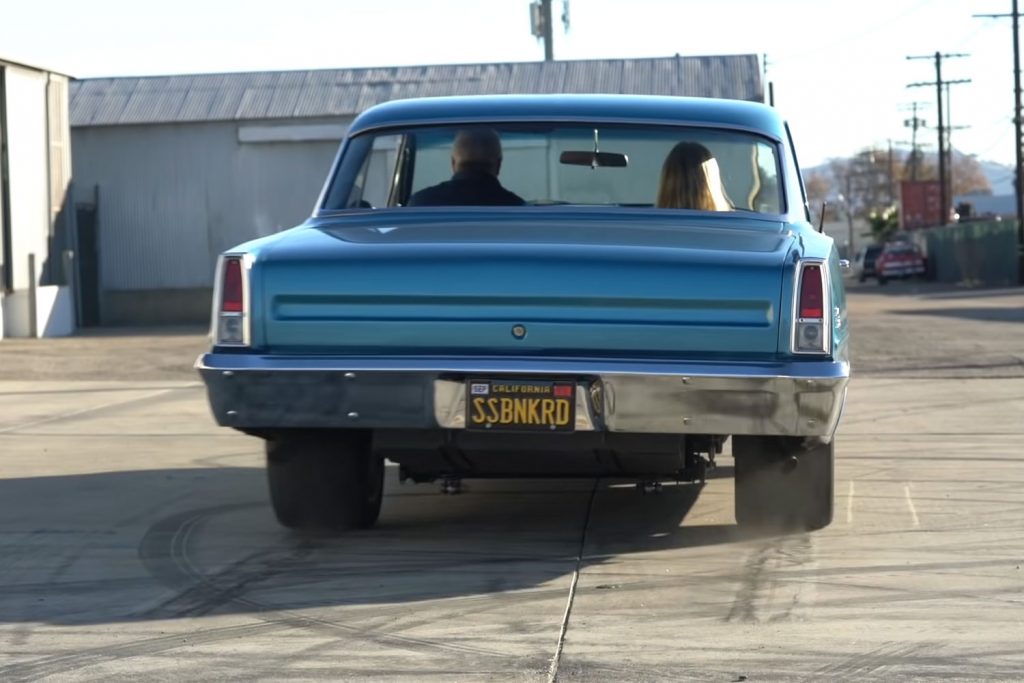 The Chevy Nova’s engine bay is clean, uncluttered, and squared away, with wires and hoses neatly tucked. The finish on the air cleaner cover and valve covers appears cast, a nice change from polished billet. A black-top Wilwood brake booster has been fitted. The radiator is an original style unit, not a billet-topped newer style. The fenders and firewall are coated in matte black. 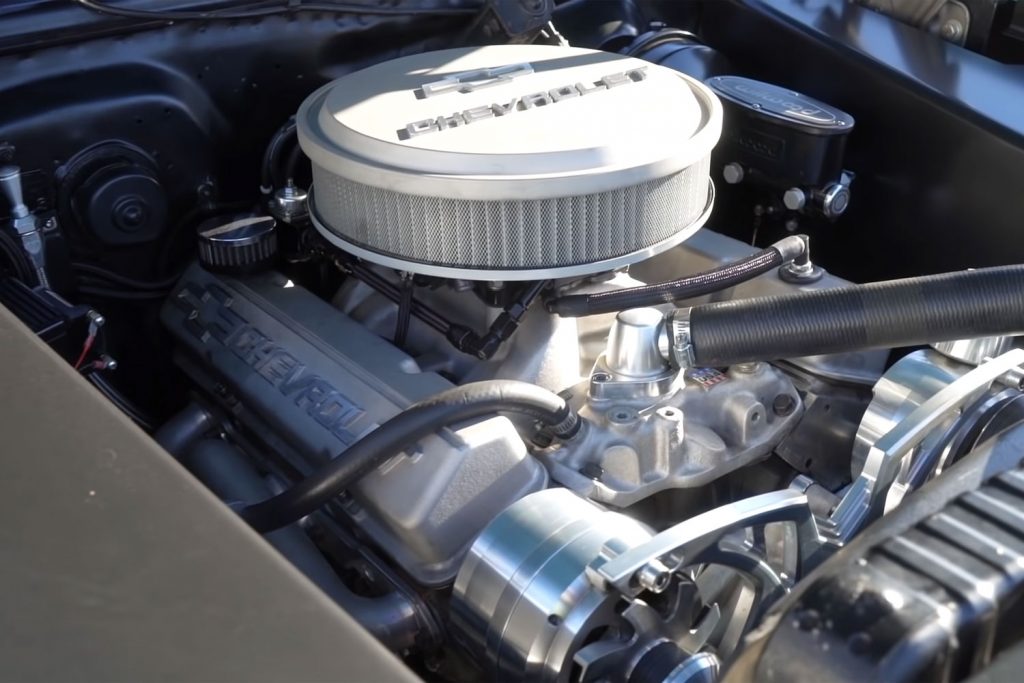 Peeking underneath this Chevy Nova, we find a RideTech coilover suspension with four-link rear. Brakes are Wilwood discs, with six-piston calipers in the front, four-piston units in the rear. They are partially hidden by HRX wheels from Boyd’s Hot Rods. It has been mini-tubbed to allow for more wheel (11″x18′) and tire in the back. Jeff says, “The power assist (of the brakes) just changed the drivability of the car. This is kind of like a purpose-built daily driver. Nothing super-over-the-top, but I wanted to make sure that it handled well, braked well, and you could get in in and feel pretty safe.” 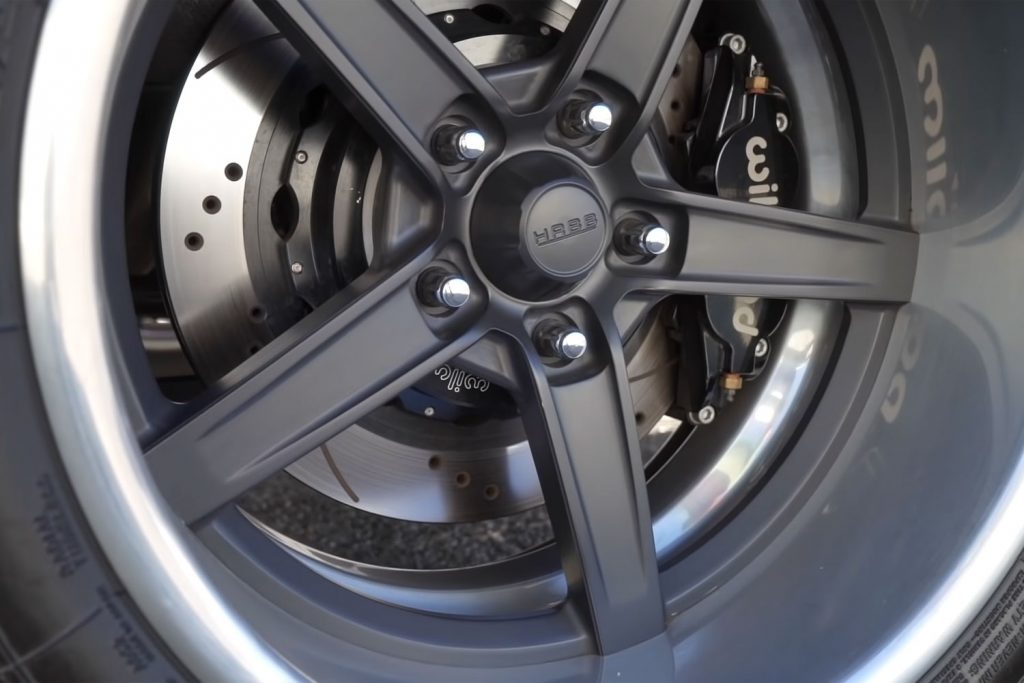 The Chevy Nova’s interior has a mostly stock appearance, with just a couple of deviations. The front bucket seats are sculpted low-backs, with the front and back seats, as well as the door panels all recovered in original-style black material. A B&M shifter pokes through the original slot in the stock console. There is a replacement steering wheel. The remainder of the interior is as it left the factory. 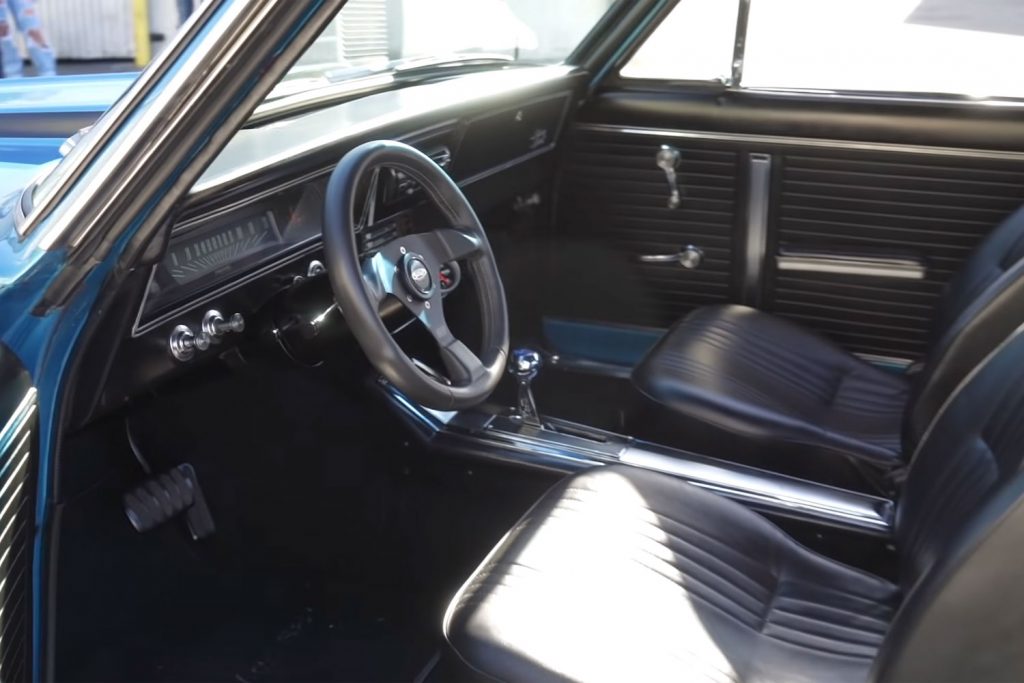 The guys jump in the Chevy Nova and pull out of the garage. The exhaust note is hypnotic and intoxicating. While Shawn and Jeff talk about the car, we are treated to that aggressive exhaust note and a few burnouts. It’s fun to be reminded just how good a traditional Small Block is. 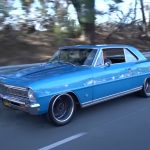 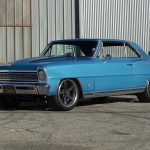 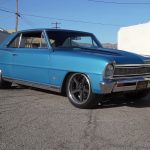 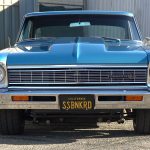 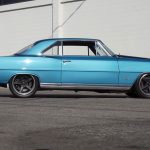 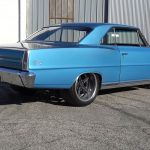 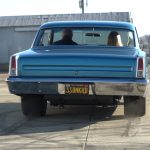 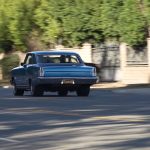 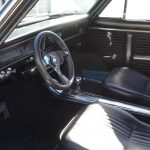 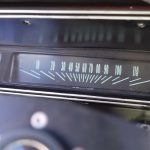 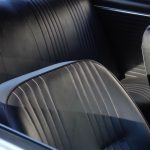 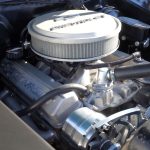 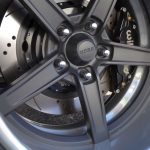