An immaculate 1959 Cadillac Eldorado Biarritz will cross the auction block at RM Sotheby’s upcoming Arizona 2021 sale later this month, where experts predict it could sell for as much as $225,000. 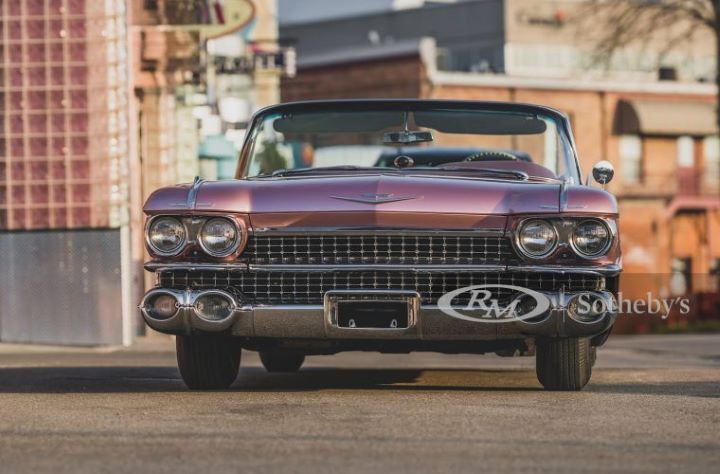 This 1959 Cadillac Eldorado Biarritz, originally found by our sister site Cadillac Society, was purchased by the family of the consigner more than twenty years ago and was originally finished in a Argyle Blue Metallic exterior color with a Pale Blue convertible soft top and matching Blue interior. It underwent a complete frame-off restoration some years ago, which is when it was re-finished in the pink shade that adorns its steel body panels. Astute readers may assume this is the rather well-known Persian Sand color that Cadillac offered in the 1950s, but it’s not an exact copy, so RM Sotheby’s only refers to it as “pink.” The car now also has a white convertible top and a white leather interior. 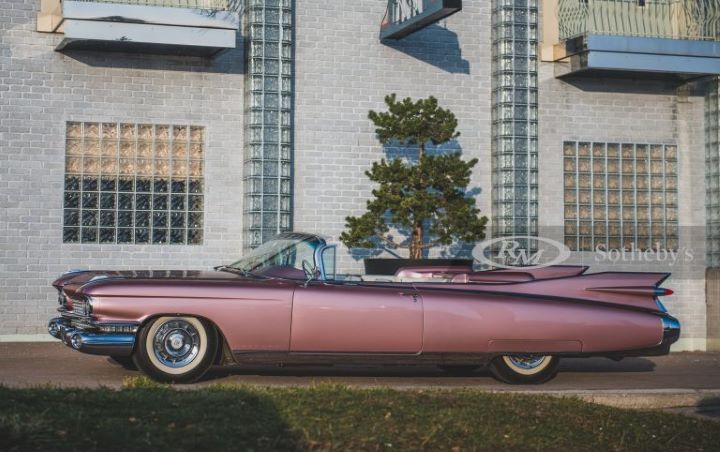 While the exterior color isn’t original, the 390 cubic-inch Tri-Power V8 engine is and is beautifully presented thanks to the “well-sorted and detailed engine compartment,” the auction company says. This ritzy convertible was also ordered with a number of desirable options from the factory, including Autronic Eye automatic high beam control, heating and E-Z Eye glass. All Cadillac Eldorado Biarritz models also came standard with air suspension, although this particular car has been converted to a coil spring setup to improve reliability. Despite this, the air compressor still remains mounted in the trunk. 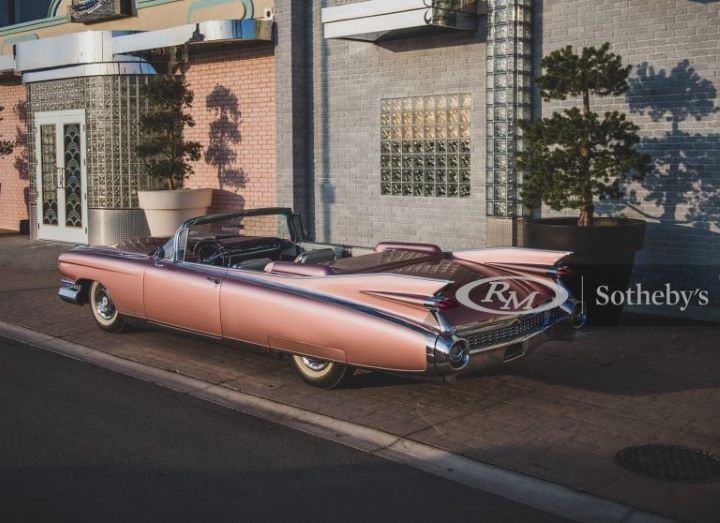 One other standout feature of this Eldorado Biarritz are the front bucket seats. It’s believed that less than 99 of the 1,320 Eldorado Biarritz models built for the 1959 model year were ordered with this no-cost option, as the majority of buyers preferred the comfier front bench seat. A car with original buckets is considered highly desirable by some collectors, further contributing to this example’s overall provenance and potential value. 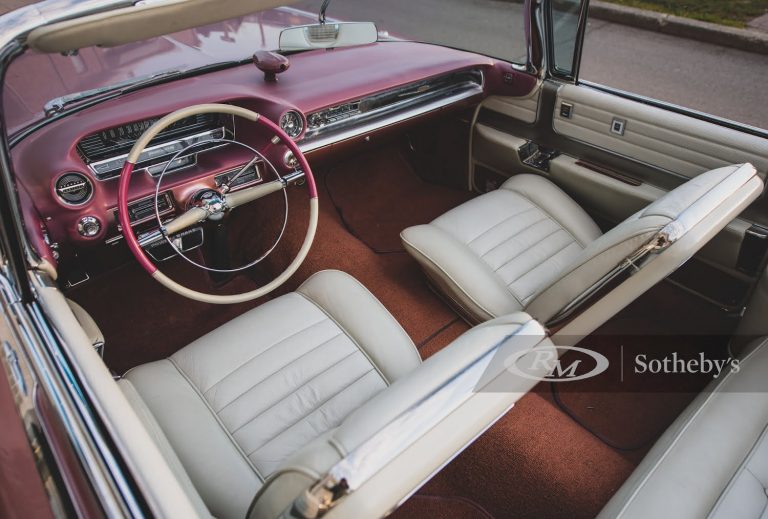 Check out the listing at this link before this beautiful 1959 Cadillac Eldorado Biarritz goes under the gavel in Arizona this month.