The 1955 Pontiac Chieftain Catalina Hardtop was all new for the model year, as was a good portion of the General Motors line. The Catalina name denoted the pillarless design, and had been a part of the Pontiac lineup since its introduction in 1950. It was one of eight body styles available in the Chieftain 870 line, with just over 72,600 Catalinas produced out of the 350,700-plus overall Chieftain production. 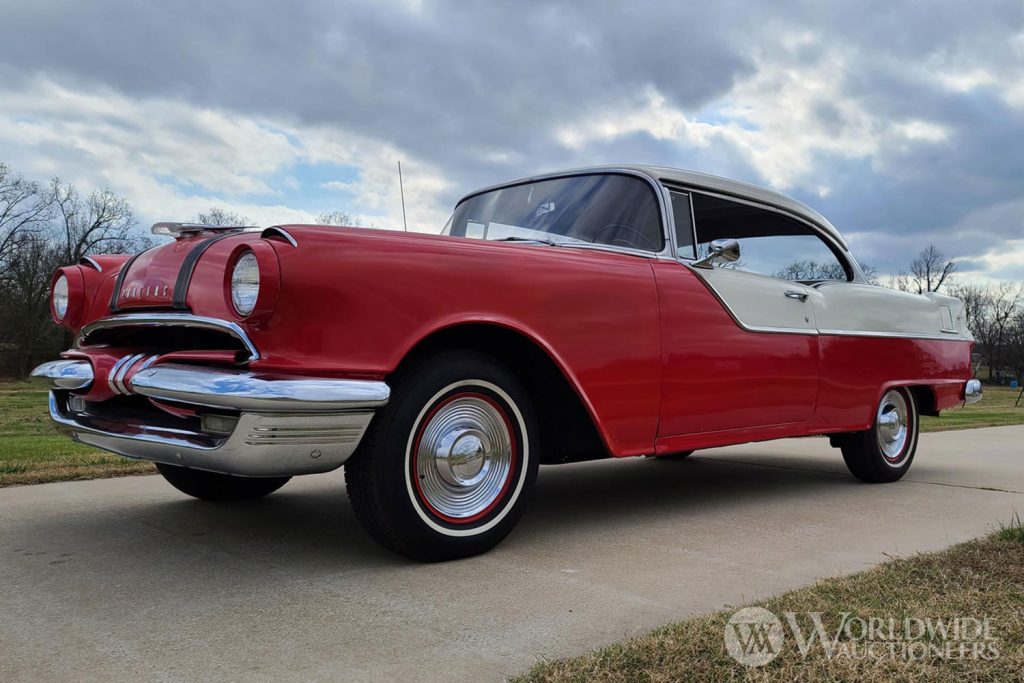 The Catalina Hardtop retained the polished “Silver Streaks” trim on the hood, featured on previous model-year Pontiacs. Wrap-around windshields were part of the new front-end design. The chrome front bumper had grown in dimension. Combined with the design language of the supersonic hood emblem, the headlight and grille surrounds added to the “Jet Age” styling. 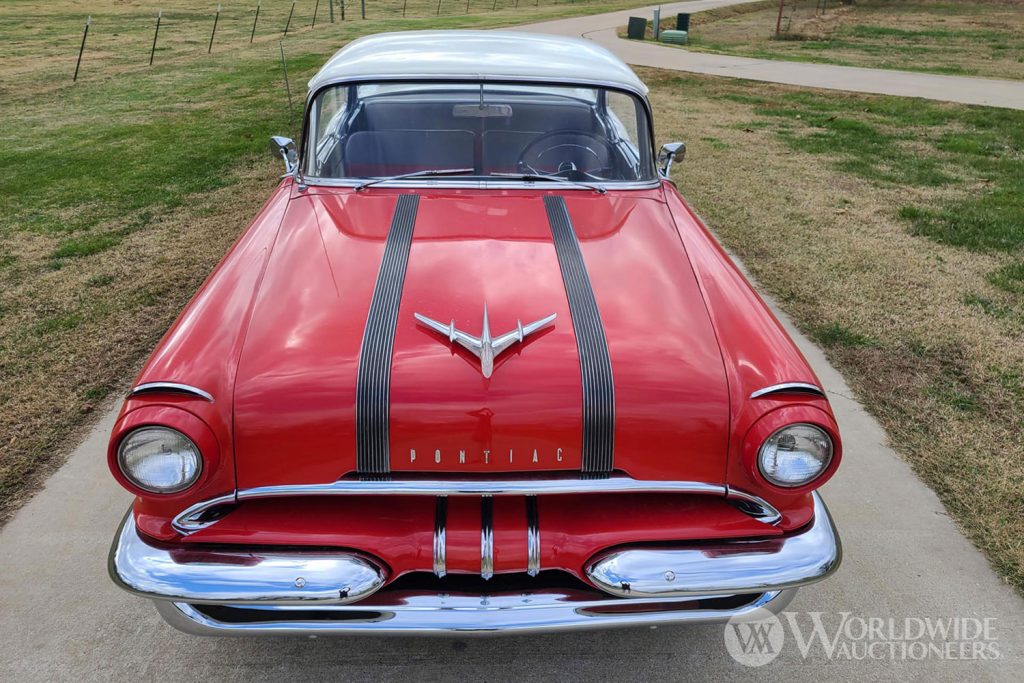 The Pontiac Chieftain was powered by the 287 cubic-inch Strato Streak overhead-valve V8. The Strato Streak was fed by a single two-barrel Carter carb, and produced 180 horsepower. That was fed through a three-speed Hydra-Matic automatic transmission. The suspension was comprised of an independent front suspension with coil springs and a leaf spring rear suspension/Hypoid rear axle arrangement. The brakes were power-assisted hydraulic drums. 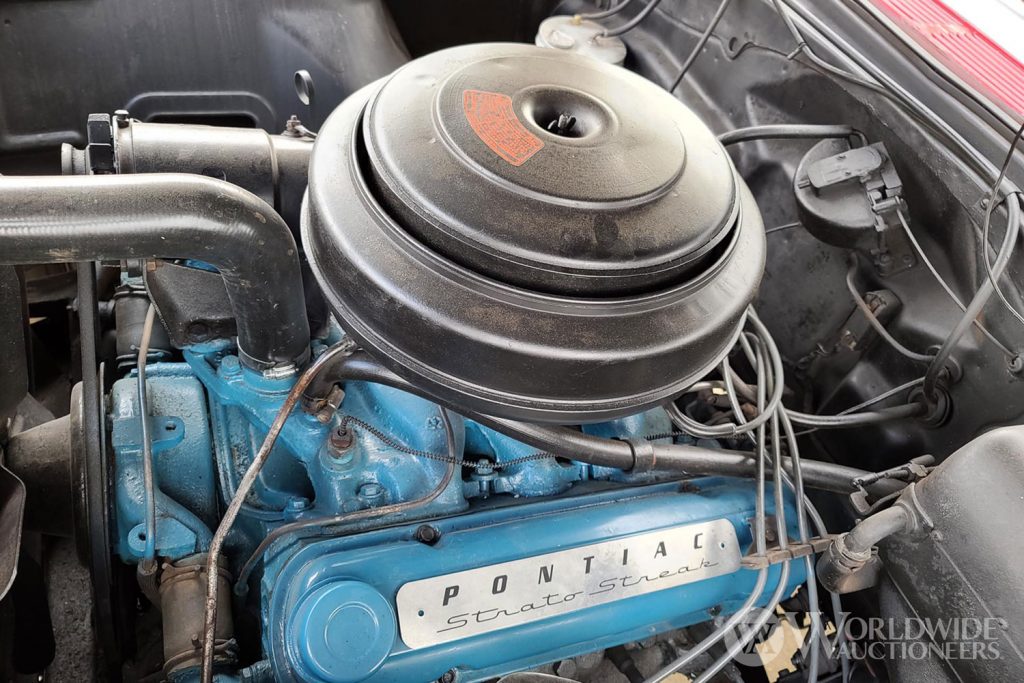 The interior of the 1955 Pontiac Chieftain was all new as well. Available in bright colors and ample chrome, they were reflective of 1950s conspicuous consumption. The options list included a host of new power amenities that now had better delivery courtesy of the new 12-volt electrical system. The heather-defroster blower, radio, headlights and taillights had improved operation. 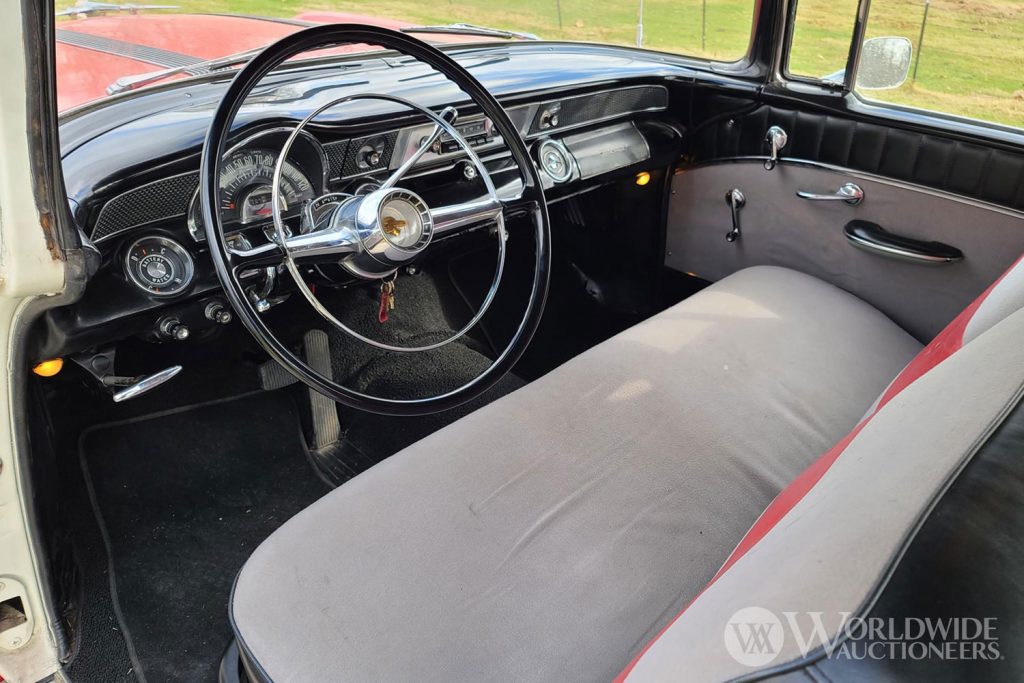 This 1955 Pontiac Chieftain Catalina Hardtop spent the better part of its life in Texas and Oklahoma’s dry climates. The car has had just three owners from new. It was the subject of a recent cosmetic restoration, at which time the color was changed to the Bolero Red with Arctic White paint scheme seen here. The interior was also restored, using a combination of gray fabric and red vinyl. It is equipped with factory power steering and brakes, heater-defroster, back-up lights, hubcaps, interior courtesy lights. 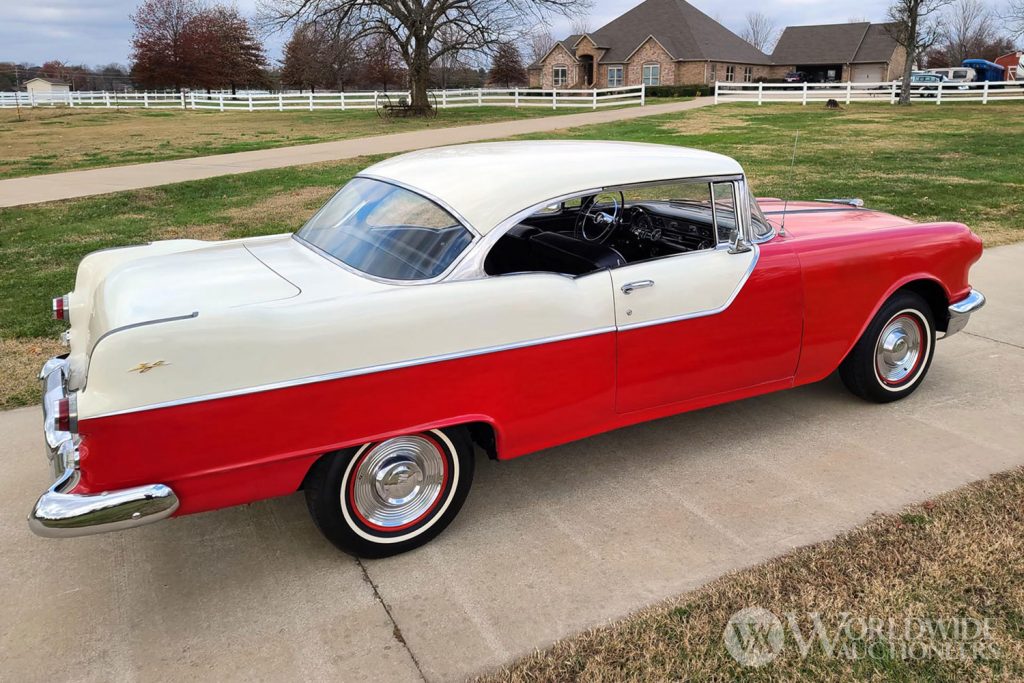 This Pontiac Chieftain Catalina Hardtop will be offered without reserve at the Worldwide Auctioneers Auburn Indiana sale beginning January 23rd, 2021. 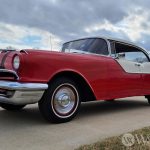 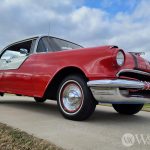 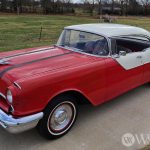 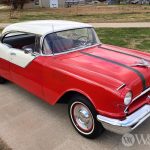 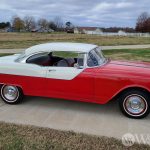 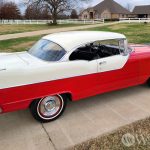 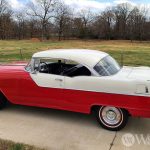 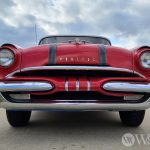 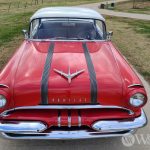 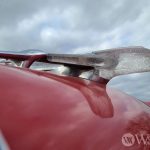 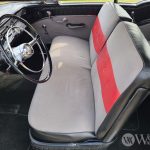 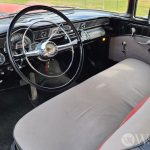 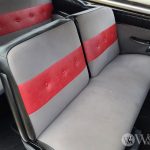 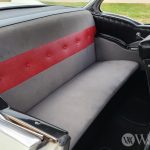 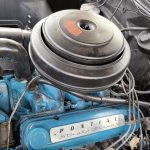