Amazon-owned self driving car start up Zoox has unveiled its new autonomous robotaxi, which serves as a direct rival to the Cruise Origin robotaxi that General Motors unveiled in January. 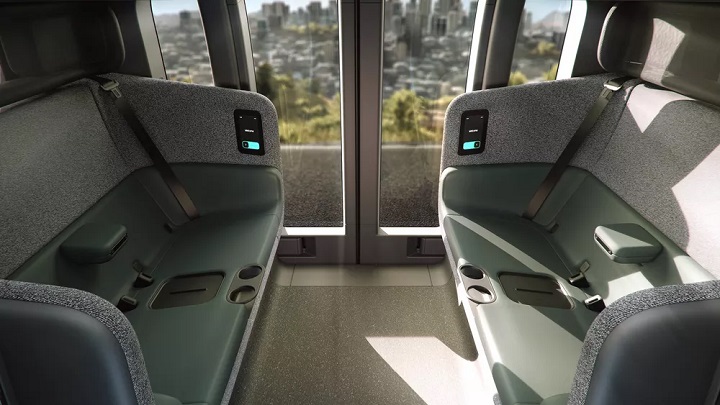 The Zoox robotaxi is smaller than the Cruise Origin, but serves the exact same purpose. The company hopes to one day deploy the autonomous robotaxi on public roads to create a new driverless ride-hailing service to compete with Uber and Lyft, a model that has been touted as the future of urban transportation by many in the industry. 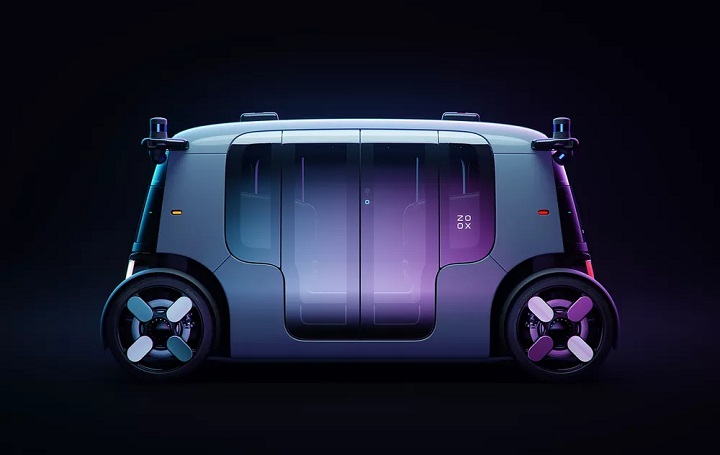 Power in the Zoox robotaxi comes from a 133 kWh battery pack, which has enough juice for 16 hours of continuous operation. The top speed is 75 mph, a potential sign that Zoox has engineered the vehicle with highway driving in mind. The interior, meanwhile, features two inward-facing bench seats with cupholders and wireless phone charging mats between each of the seats. A screen mounted on the sides of the seat gives each passenger easy access to the climate and audio controls and also allows them to track their trip in real time. 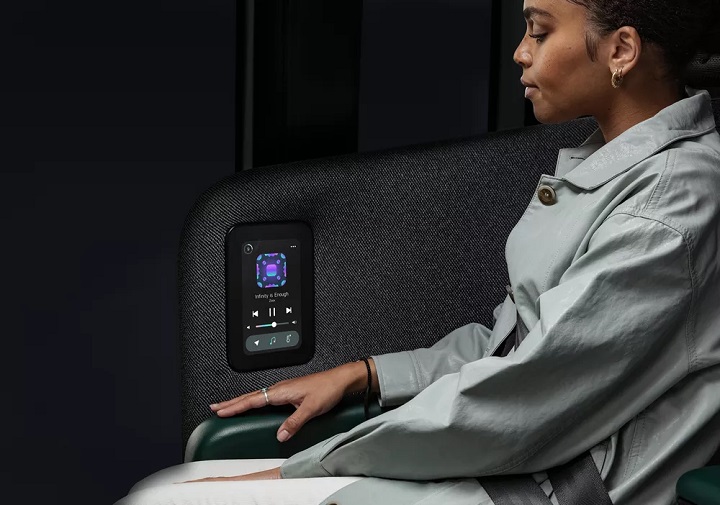 One way the Zoox robotaxi differs from Cruise Origin is with regard to its steering system. The Zoox vehicle has individual wheel motors and bi-directional and four-wheel steering, allowing it to make sharp turns and other complex maneuvers that may be beneficial in tight city centers. 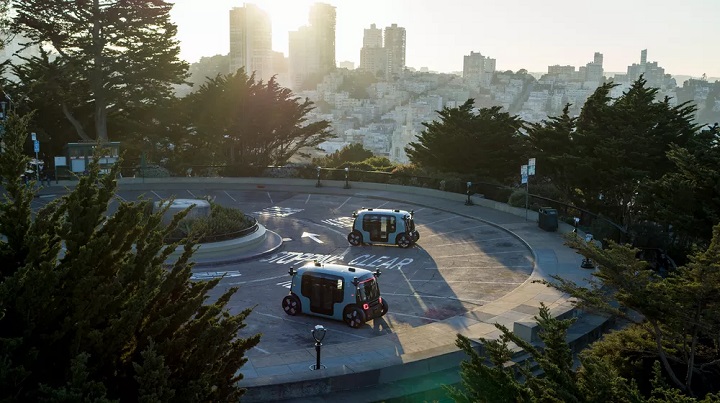 Zoox is currently testing its new robotaxi at its headquarters in Foster City, California and in San Francisco and Las Vegas. The company did not say when it plans to launch the autonomous ride hailing service.

Amazon purchased Zoox in June in a deal purported to be worth roughly $1 billion. At the time, Amazon Global Consumer CEO Jeff Wilke claimed Zoox is “working to imagine, invent, and design a world-class autonomous ride-hailing experience,”  and said the company is “excited to help the talented Zoox team to bring their vision to reality in the years ahead.”

The Cruise Origin may be on track to beat the Zoox robotaxi to market. GM has been developing its autonomous hardware array and software on a fleet of Chevy Bolt EV prototypes in San Francisco for a few years now and plans to put the Origin into production by late 2022. It recently began deploying test vehicles without operators behind the wheel on public roads in San Francisco, as well.