A Wisconsin man who affixed Christmas lights to his Chevy Camaro in a bid to spread holiday cheer has been forced to switch them off after he was pulled over by the police.

According to Wisconsin FOX affiliate WLUK, Tyler Kamholz was pulled over by a state trooper while driving through a parking lot in Grand Chute. The police officer kindly informed young 18-year-old Tyler that motor vehicles can only have white, amber or red-colored lights affixed to them, making his multi-colored Christmas lights illegal. The maximum fine for a violation of this law is $200, but the officer must have been feeling a bit generous with the holidays approaching, as she decided to let the teenager off with a warning. 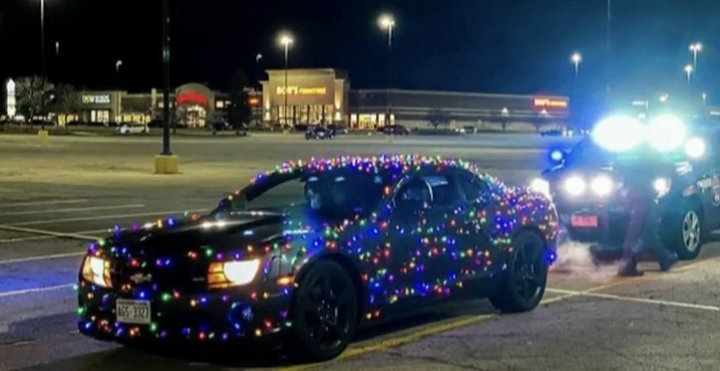 “She pretty much said she really liked the lights, but she’s pulling me over for the lights,” Tyler Kamholz told WLUK. “She asked for a picture and took a picture. It ended up on Facebook everywhere.” 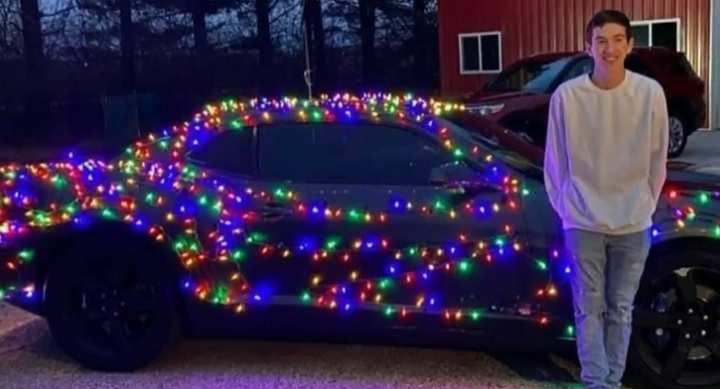 While Kamholz is allowed to keep the Christmas lights on his car, he has to keep them switched off when he is traveling on public roads. He admitted to WLUK that he’ll probably still drive his Chevy Camaro with them on, but “only on backroads where I’m only going like 20,” he told the news outlet with a laugh.

So where did Tyler get the idea to attach Christmas lights to his car? He said he first saw a tutorial about it YouTube a few years ago, so this year he decided to go out and buy $30 worth of Christmas lights and try it himself. His dad, a retired police officer, warned him that the lights would be illegal if he drove around with them turned on, but as teenagers are known to do, he didn’t listen. It seems Tyler had to learn this lesson the hard way, but at least he was able to avoid getting a ticket.