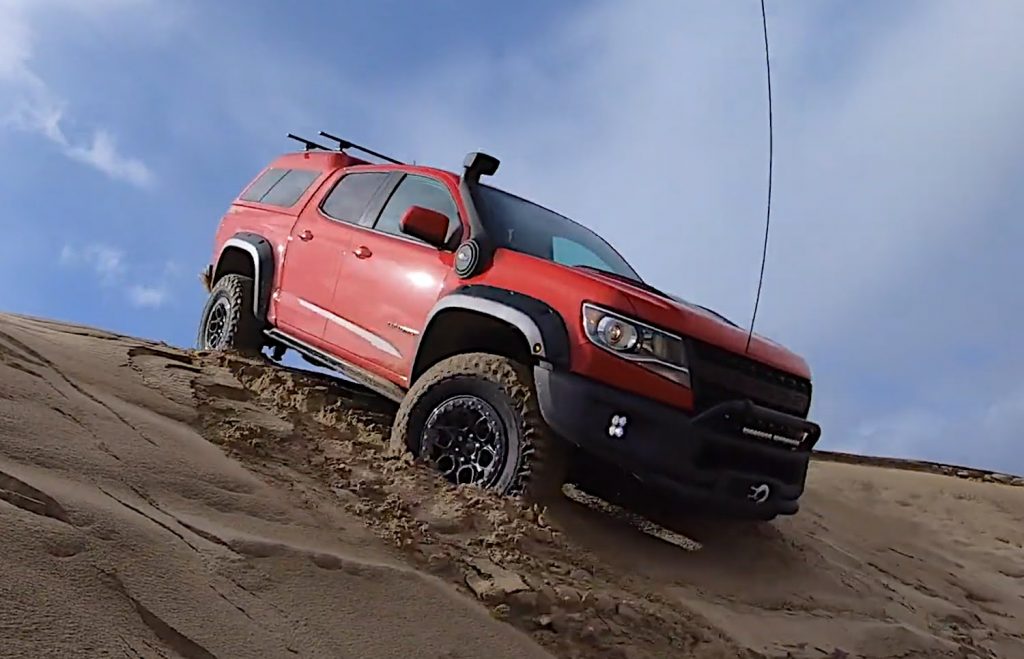 The video shows the Colorado ZR2 Bisons – one red and one blue – being given a thorough workout on the sands under (mostly) wide blue Oregon skies with the Pacific Ocean visible in the distance, and at one point along a narrow river, accompanied by music with a thumping beat. The production quality of the video is high and the pickup trucks, quite simply, look great. 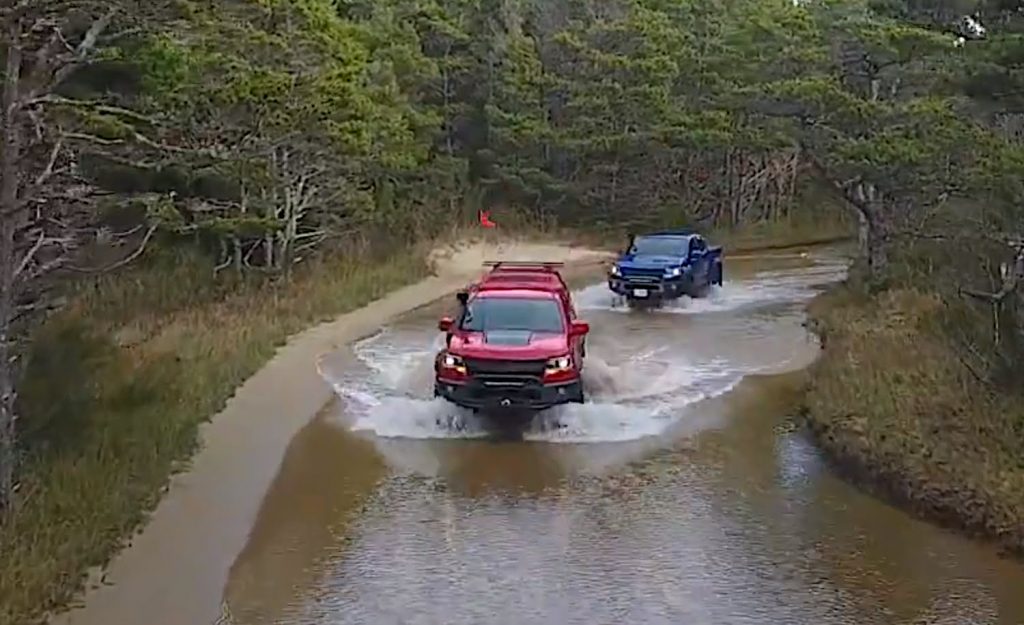 The Bison started out as an extreme version of the 2017 Chevy Colorado ZR2 developed in association with AEV. It was previewed as the Colorado ZR2 AEV Concept, which was described by Chevrolet at the time as “expanding the performance envelope of the segment-redefining Colorado” while demonstrating “the capability of Colorado and its off-road performance variant, the Colorado ZR2”. 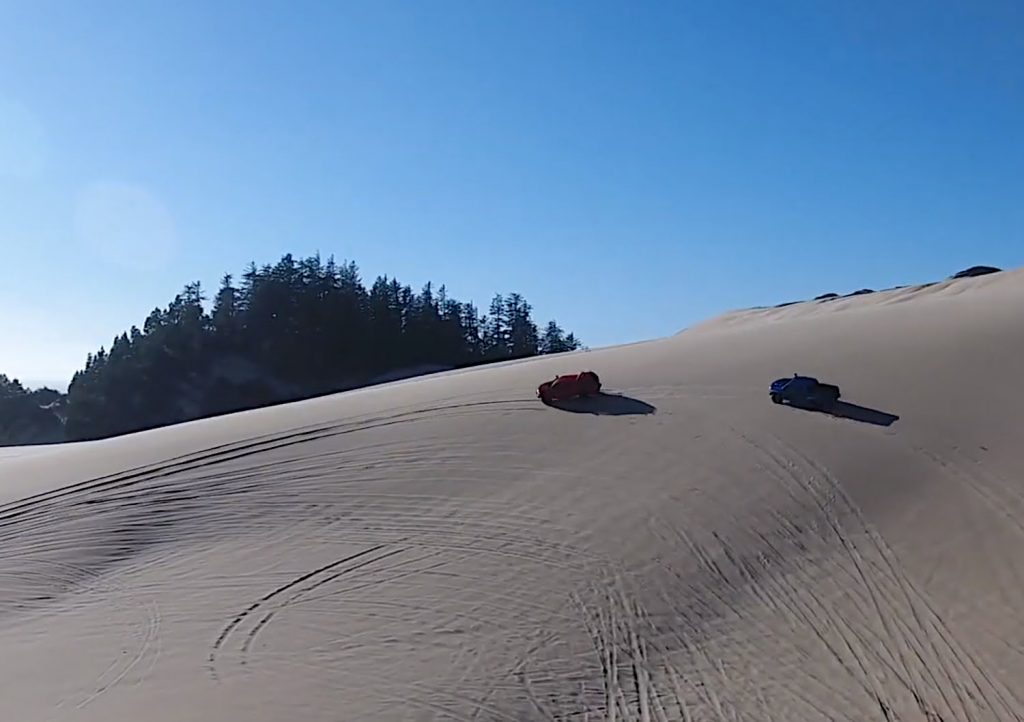 The concept featured a Chevrolet Performance development suspension package with the following wares: 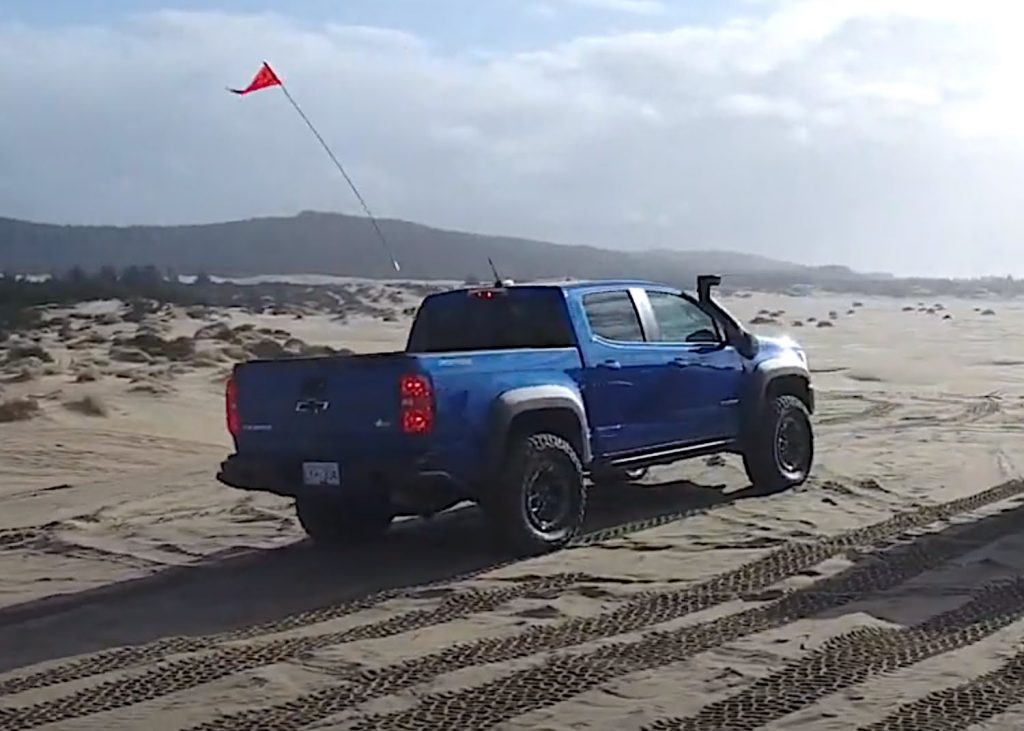 In addition, the Bison concept featured: 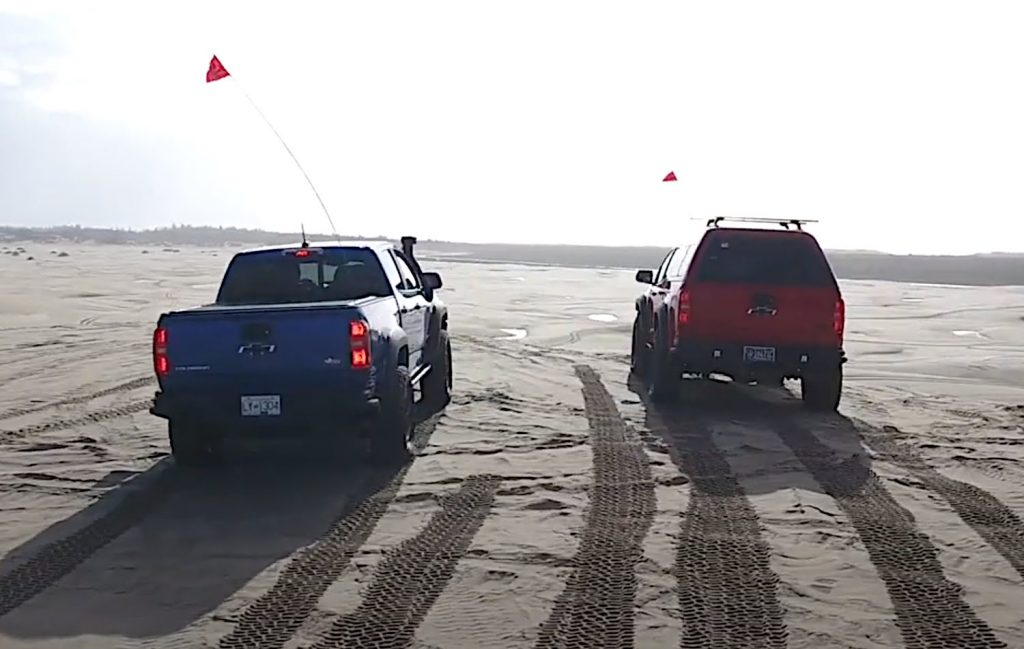 The concept led to the production of the Chevrolet Colorado ZR2 Bison, so named because the AEV logo includes an image of a bison. It’s not a trim level but rather an options package with the RPO code ULV, available exclusively for the Colorado ZR2. The package includes the following features:

Now we’ve got all that out of the way, let’s sit back and watch this fine video of the Colorado ZR2 Bisons in action.