The 1962 Corvette from the Jack Wright collection will be one of the lots at the Mecum auction in Kissimmee, Florida running from January 7th through 16th, is not all it seems. For a start, absolutely none of it was built in 1962. 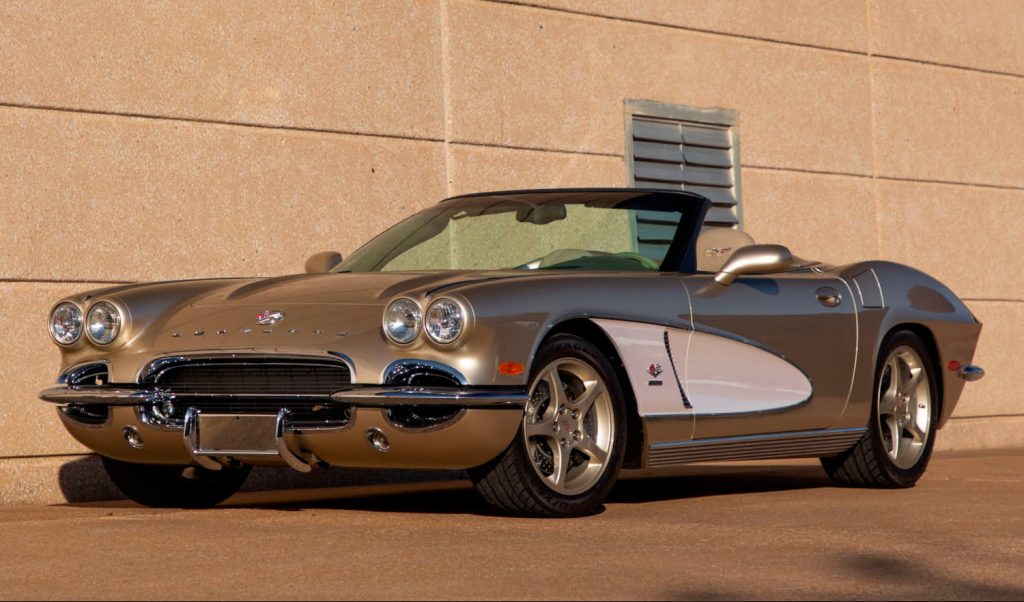 This is in fact a custom build by highly esteemed custom retro Corvette builder, Classic Reflection Coachworks, of Lakewood, Washington. The basis of it is a 2003 Chevrolet Corvette C5, on to which CRC fitted one of its custom carbonfiber retro bodies. The C5 windscreen makes the car’s origins clear, but otherwise it definitely has a flavour of the 1962 Corvette, with the duck tail rear end and four round tail lights which had been introduced in 1961. 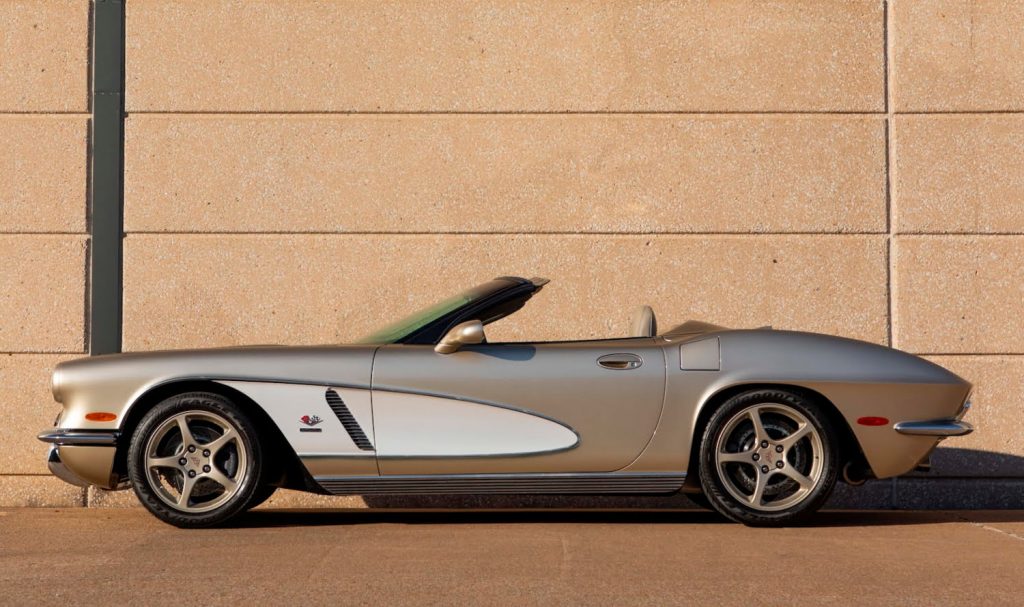 Everything else about the car is Corvette C5, including the 5.7L V8 LS1 Small Block engine rated at 350 horsepower and 365 pound-feet of torque. The engine has, however, been dressed to look like a first-generation Corvette motor with vintage Corvette-scripted valve covers. The gold five-spoke wheels are clearly modern, though, and are wrapped in Goodyear Eagle F1 tires. 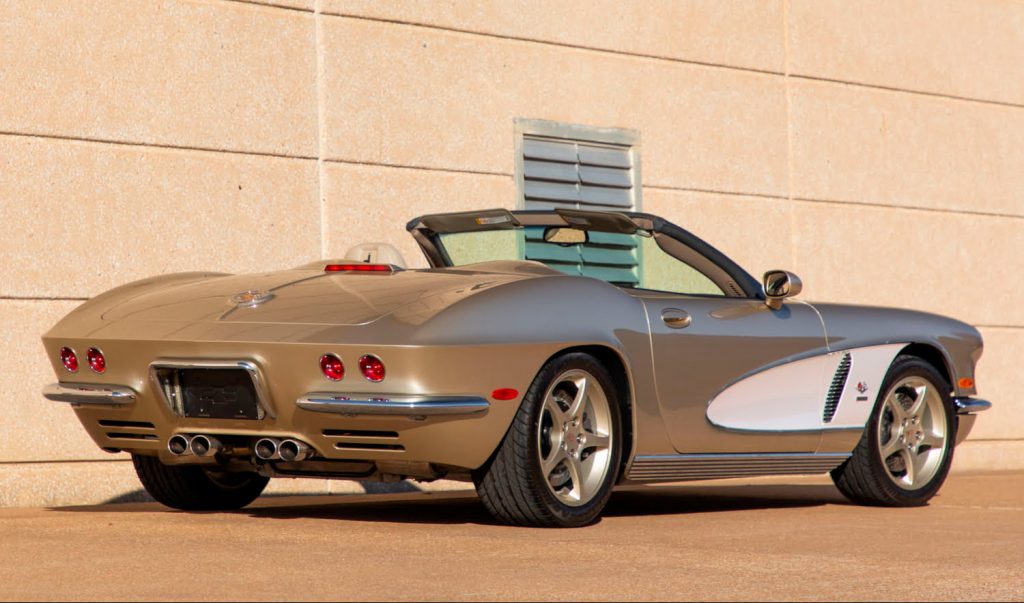 Other equipment which could not possibly have been fitted to the 1962 Corvette during the period includes dual-zone climate control, an AM/FM/CD stereo system with Bose speakers and power seats, windows, door locks, steering and brakes. 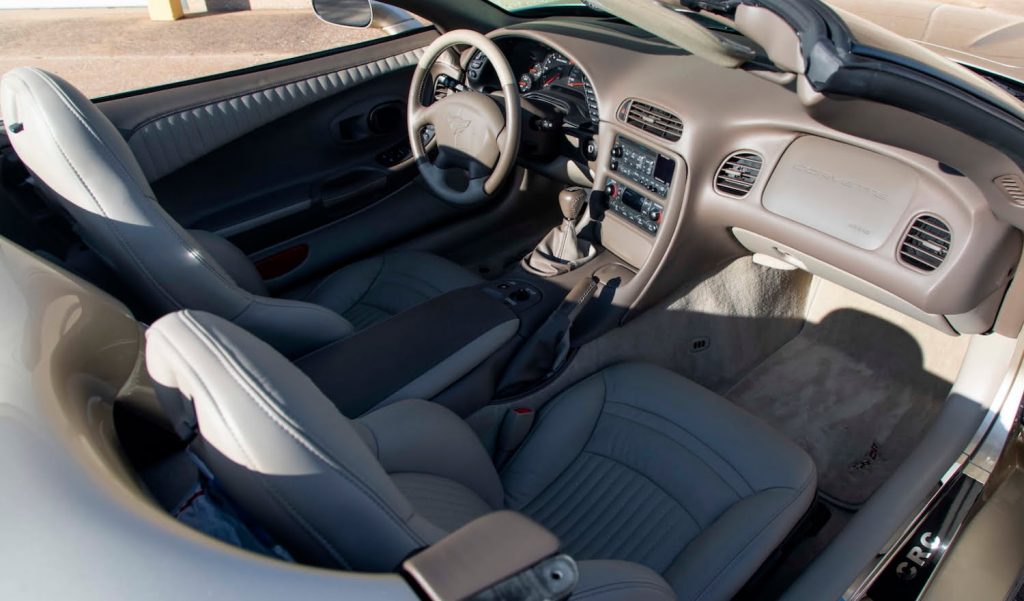 Mecum Auctions has put an estimate of $75,000 to $90,000 on the car. More details can be found on its page at the Mecum Auctions website. 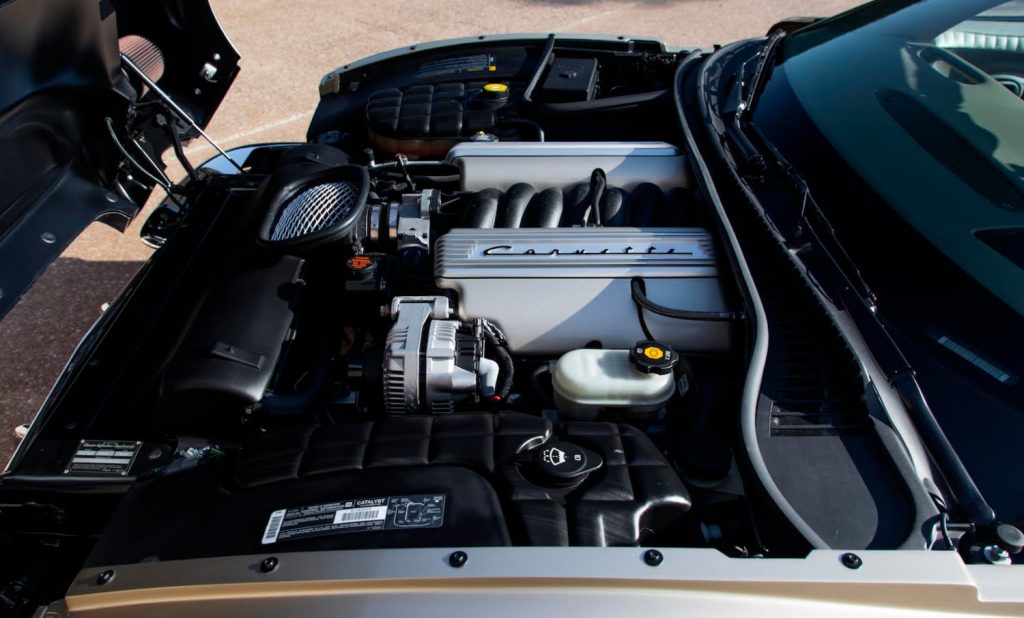 Incidentally, Classic Reflection Coachworks (CRC) has now closed down after producing more than 225 custom retro Corvettes in 16 years. As stated on the CRC website, founder and co-owner Doug Graf has started a new business called Doug’s Performance Corvettes, also in Lakewood, Washington, which will provide engine performance enhancements, repairs, custom body work and overall restoration for most makes of car, but still specializing in Corvettes. 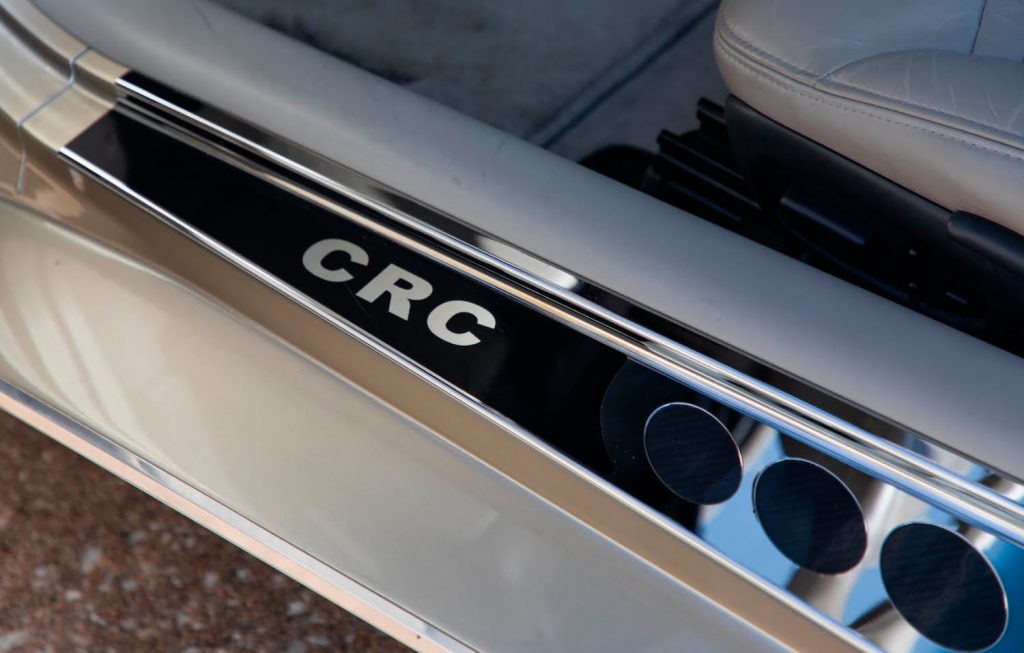 Whether your tastes are modern, retro or perhaps both, subscribe to GM Authority for more Corvette news, Chevrolet news, and 24/7 GM news coverage.