These days, horsepower is cheap and plentiful, and with the right equipment onboard, speed comes easy. One of the results of the current gas-powered bonanza is a wealth of interesting vehicle matchups, as evidenced in the following video showcasing a drag race showdown between a twin-turbo Chevy Caprice donk and Ken Block’s Hoonicorn Mustang. 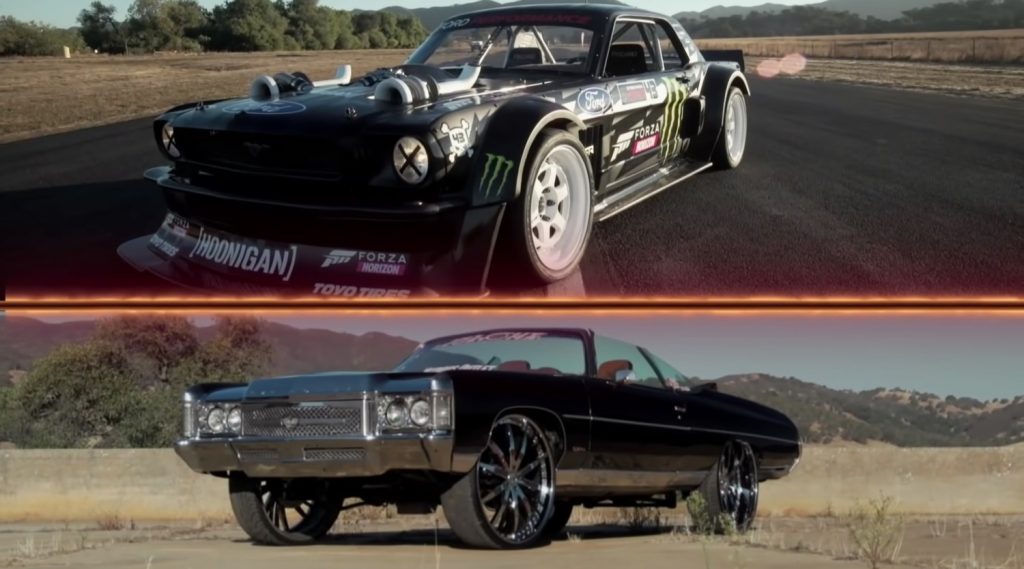 Coming to us from the Hoonigan YouTube channel, the video clocks in at just under 14 minutes, and provides a breakdown on both vehicles, as well as several runs down the drag strip.

Let’s start with the Chevy Caprice. Riding high on enormous Rucci wheels and rocking oodles of gleaming polished trim, first impressions might lead the casual observer to believe the droptop is geared for style, and not speed. 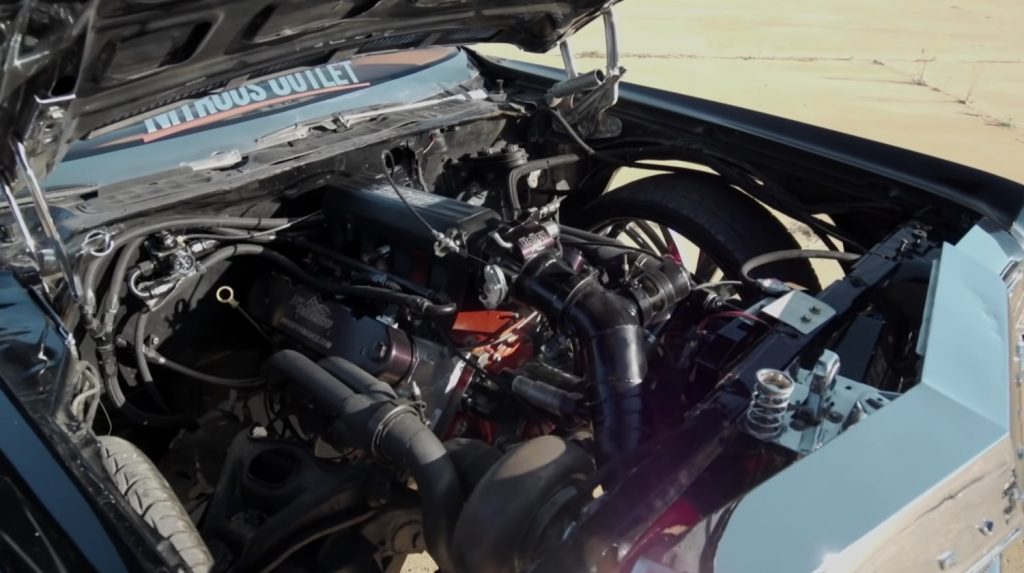 However, one look under the hood changes all that in a hurry. As it turns out, this Chevy Caprice is powered by a highly modified LS7 V8 engine from a sixth-generation Chevrolet Corvette Z06, with a massive turbo and nitrous added on top for good measure. The end result is a ridiculous 1,500 horsepower – certainly enough to justify the parachute bolted to the trunk. 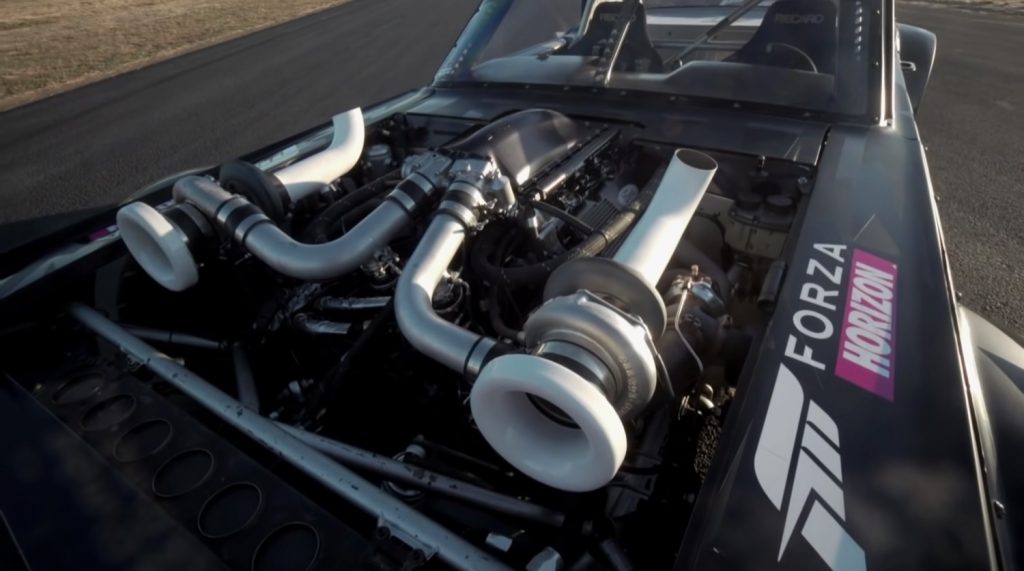 It’s a pretty wild setup, but the competition has more than enough firepower to go toe to toe. In the other lane is Ken Block’s Hoonicorn, a fully built, all-carbon 1965 Ford Mustang with a twin-turbo Roush Yates V8 that guzzles methanol and spits fire out the hood. The setup produces a stout 1,400 horsepower, all of which is routed to the pavement by way of a six-speed sequential transmission and high-performance AWD system. 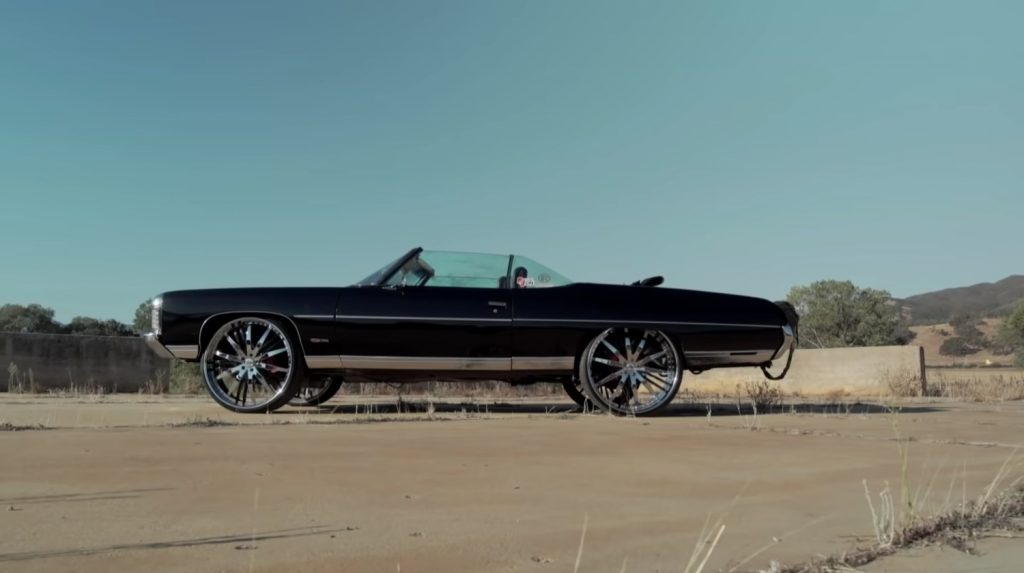 So then – the Chevy Caprice donk has the slight power advantage, but the Hoonicorn has the grip advantage. Equally important is the weight difference, as the Ford is several thousand pounds lighter than the Chevy.

Regardless, it’s an interesting matchup, and definitely worth a watch, so hit play.