Our eagle-eyed spy photographers recently caught a Cadillac CT4-V prototype with a peculiar sensing system mounted on the roof, leading us to believe the vehicle could very well be a testbed for GM’s upcoming Ultra Cruise semi-autonomous driver assistance technology. 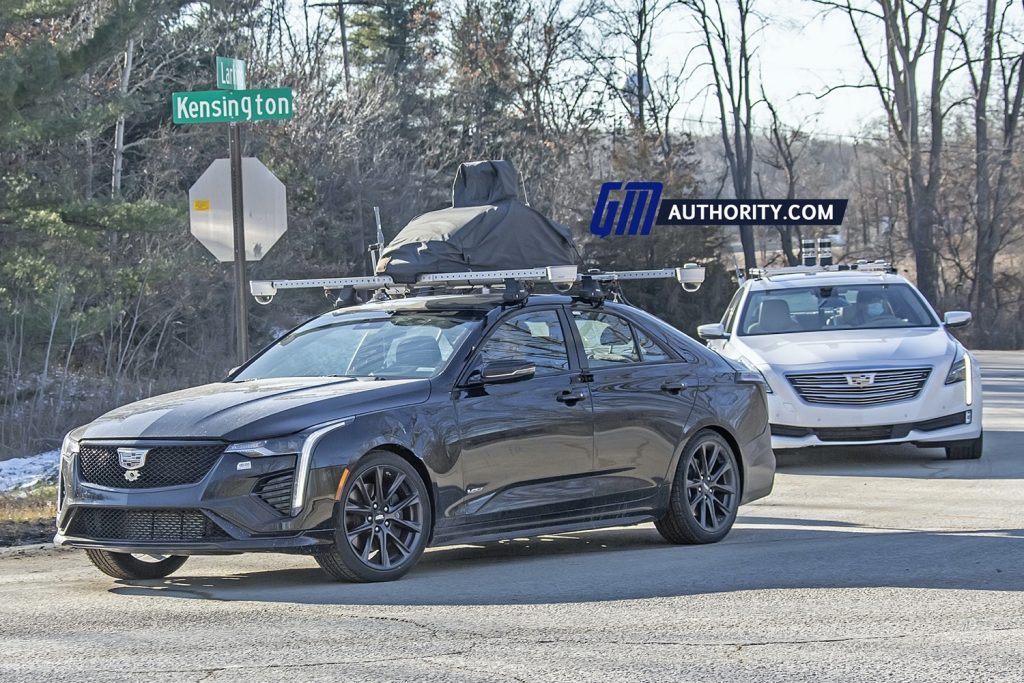 Although it is partially covered, the equipment appears to include many cameras and sensors, plus something considerably bulkier. Most of it is mounted on a roof rack, but an extra camera seems to have been placed in the front grille, just below the Cadillac badge.

There also appears to be some body damage on the driver’s side front fender, though it is difficult to say how this could have been caused. 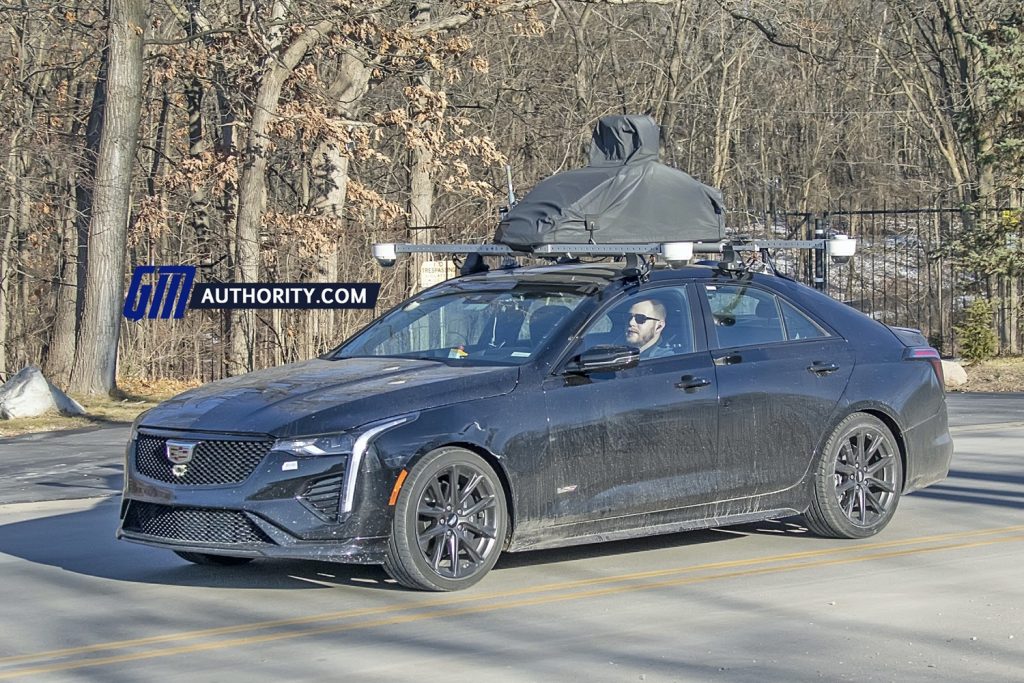 As can be seen from the photos, the CT4-V prototype was not alone. It was running in the company of a Cadillac CT6 which was also fitted with roof-mounted kit, although a different one from the wares on the CT4.

A similar situation arose in February of this year, we spotted a Cadillac CT5 with very similar equipment to that seen on the CT4-V prototype testing on Michigan roads. 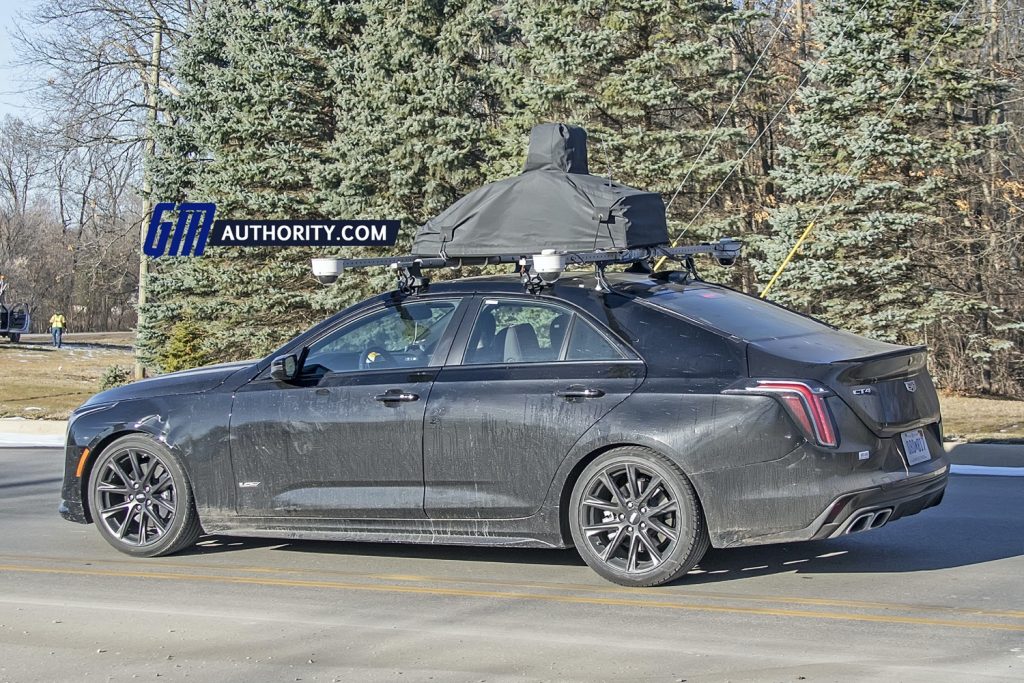 The current GM Super Cruise system allows the driver to take their hands off the wheel and let the car drive itself and make lane changes on over 200,000 miles of compatible divided highways in the U.S. and Canada. However, Super Cruise is not fully autonomous, requiring the driver to watch the road ahead and make inputs when necessary. Ultra Cruise will build on Super Cruise while expanding the self-driving functionality to city streets. 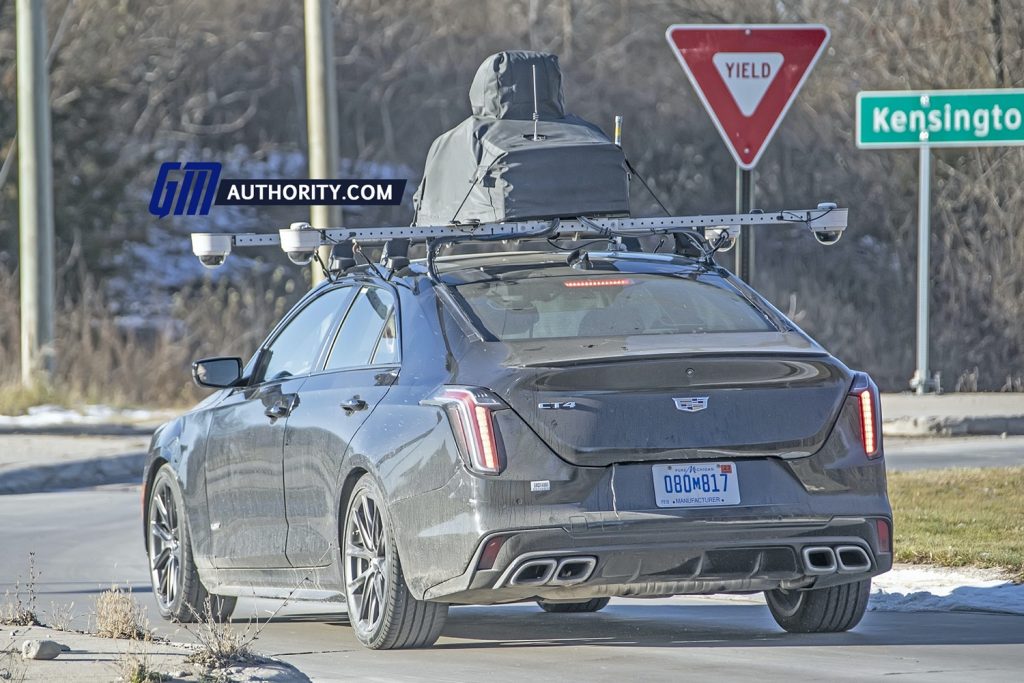 Ultra Cruise is expected to become available in the 2022 calendar year, likely making its debut in Cadillac models.