The Chevy K5 Blazer has slowly morphed from an affordable, reliable off-roader for enthusiasts into one of the most sought-after vintage vehicles around. As such, a nicely restored or tastefully modified Chevy K5 Blazer can easily fetch six figures at a classic vehicle auction these days – just take this one that recently sold on Bring-A-Trailer for example. 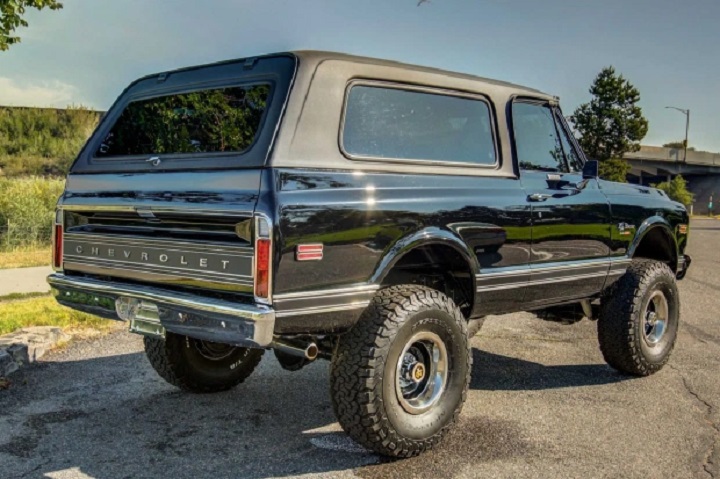 This modded 1972 Chevy K5 Blazer attracted an astonishing $115,000 USD worth of bids before the auction ended Monday night, which is a significant sum for any vehicle, let alone a modest Chevy SUV like the Blazer.

That said, this is no ordinary Chevy K5 Blazer. The truck underwent a complete frame-off restoration in 2019 that included media blasting and powder coating the frame and stripping and refinishing the body in a shade of Harley Davidson Vivid Black. The builders, Berkeley Garage in Denver, also fitted a four-inch suspension lift, Warn manual front lockers, 35 inch BFGoodrich tires and modern-day Wilwood front disc brakes at this time. 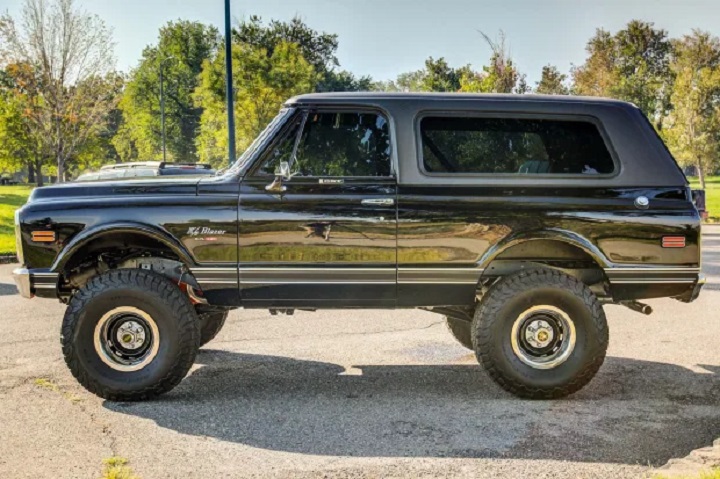 But the real star of the show sits under the hood. Berkeley Garage also ditched the carbureted V8 engine in favor of a modern fuel-injected GM 5.7L LS1 V8 engine, which is paired with a four-speed 4L75E automatic transmission. The LS1 V8 is stock, though there are some minor upgrades under the hood, including a Mishimoto aluminum radiator, electric cooling fans and an Optima red-top battery. 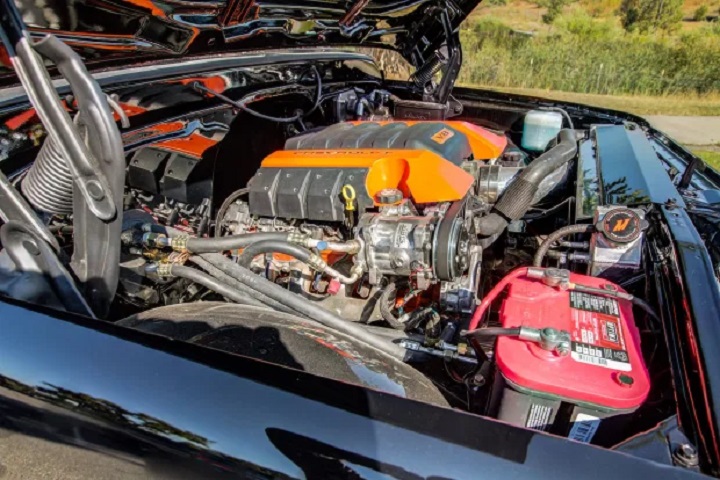 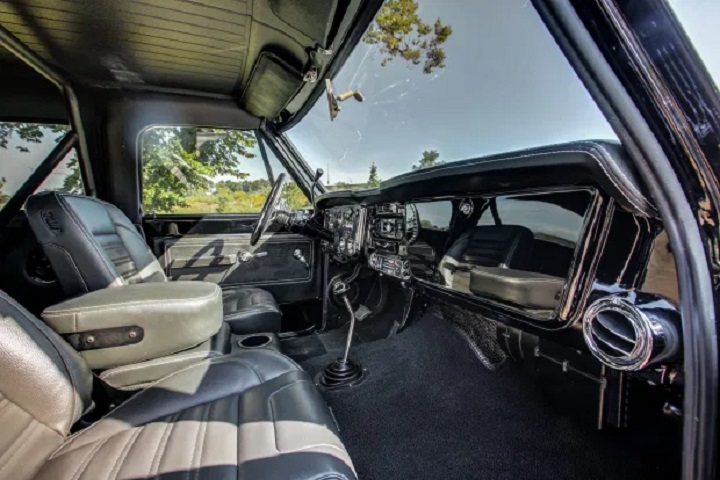 Whoever ordered up this custom K5 Chevy Blazer from Berkely Garage seemingly wasn’t very interested in it, as it has only racked up 10 miles since the restoration job was completed last year. That means the lucky (and likely very wealthy) new owner is getting a virtually brand new vehicle. Is that enough to justify the eye-popping price tag, though? We’ll let readers decide for themselves.