Sometimes when automotive dealerships close a sale, they’ll post a photo to their social media pages showing the happy customer posing alongside their brand-new ride. These posts can help promote the dealership and give the store’s social feeds a more personal, human feel. So when a dealership in Texas posted a photo to its Facebook page this week of a customer posing alongside his new Mitsubishi Outlander crossover, they expected to receive a few likes and comments before their followers moved on with their day. Boy, were they wrong. 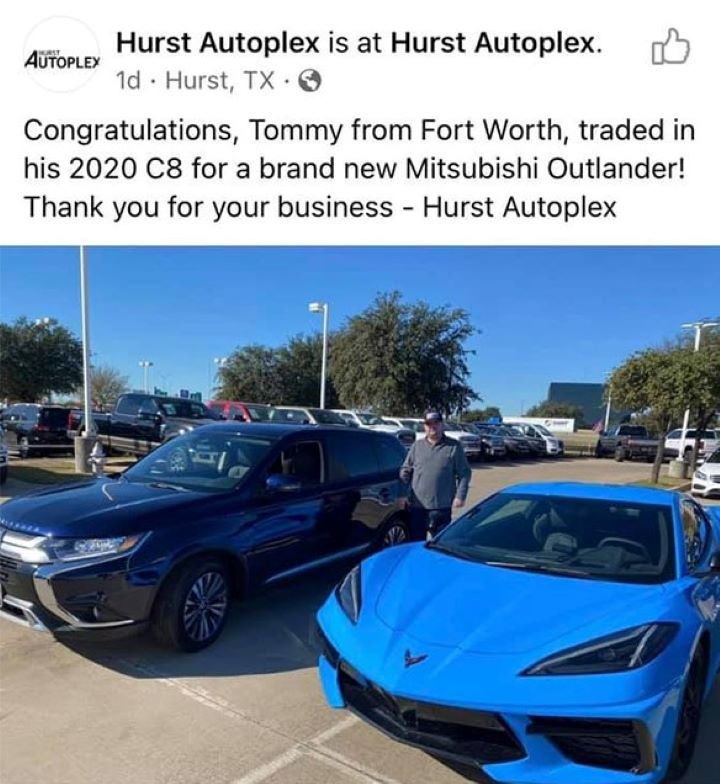 The post in question showed the customer, Tommy, posing with his new Mitsubishi Outlander crossover and the car that he traded it for: a Rapid Blue 2020 Corvette Stingray coupe. The dealership, Hurst Autoplex in Fort Worth, Texas, did not say why Tommy decided to swap his brand-new mid-engine sports car for a yawn-inducing Japanese family crossover, although it’s fair to say that he doesn’t look particularly pleased with his situation in the photo.

We assume something changed in poor old Tommy’s life where he was forced to get rid of his new two-seater sports car, or perhaps he’s one of the few (or only) people in the world who just did not enjoy driving the first production mid-engine Corvette. We’d find that a little hard to believe, though, considering it comes standard with a 490-horsepower 6.2L LT2 V8 engine and eight-speed dual-clutch transmission, which can propel the car from 0 to 60 mph in just three seconds and carry it to a top speed of 194 mph. 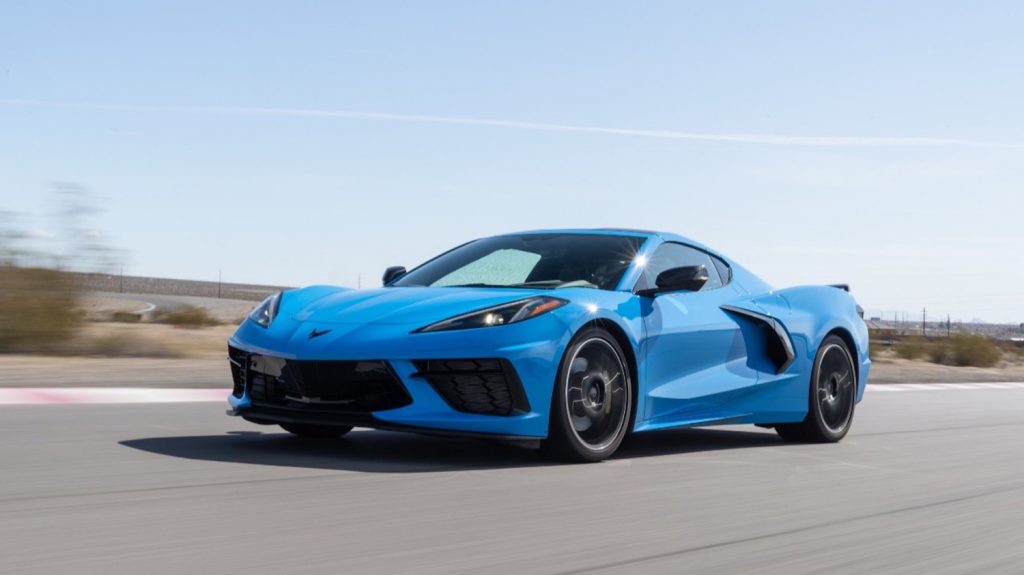 Hurst Autoplex has since removed the original post from its Facebook page, likely to avoid any bullying or harassment towards Tommy or the dealership, as the post had gained considerable traction on the social media platform. Still, the comment section in all of the dealership’s other posts are now filled with references to “C8 Tommy” as the internet has dubbed him. One Facebook user even created a meme poking fun at the situation, which Hurst Autoplex acknowledged was “hilarious.” 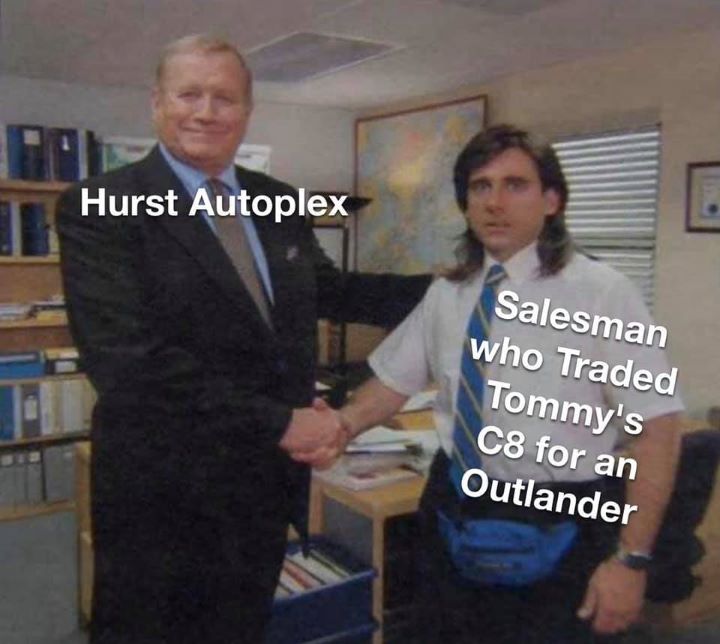 Perhaps Tommy can save his money between now and the launch of the upcoming high-performance C8 Corvette models and will be able to get himself behind the wheel of an even better variant of the mid-engine sports car in the not-too-distant future. For now, though, we can refer to C8 Tommy as Outlander Tommy.