Back in 2009, Chevy made a thirty-second TV ad for the Silverado pickup truck which did almost nothing but mock the tailgate step on the rival Ford F-150. Pro Football Hall of Famer Howie Long, acting as the owner of the Chevy truck, watches his Ford-owning counterpart as he climbs awkwardly down from his vehicle, then starts to walk away without folding up the step, which made the process slightly easier than it might have been.

“Hey, buddy. You left your little, uh . . . man step down,” says Long, helpfully, but also in the tone of voice he might have used to let the other dude know his lipstick was smudged. A voiceover artist then asks, “Would you rather have a Ford F-150 with a man step, or a Silverado that backs you for 100,000 miles or five years?” apparently failing to notice that tailgate accessories and warranty arrangements are not mutually exclusive. 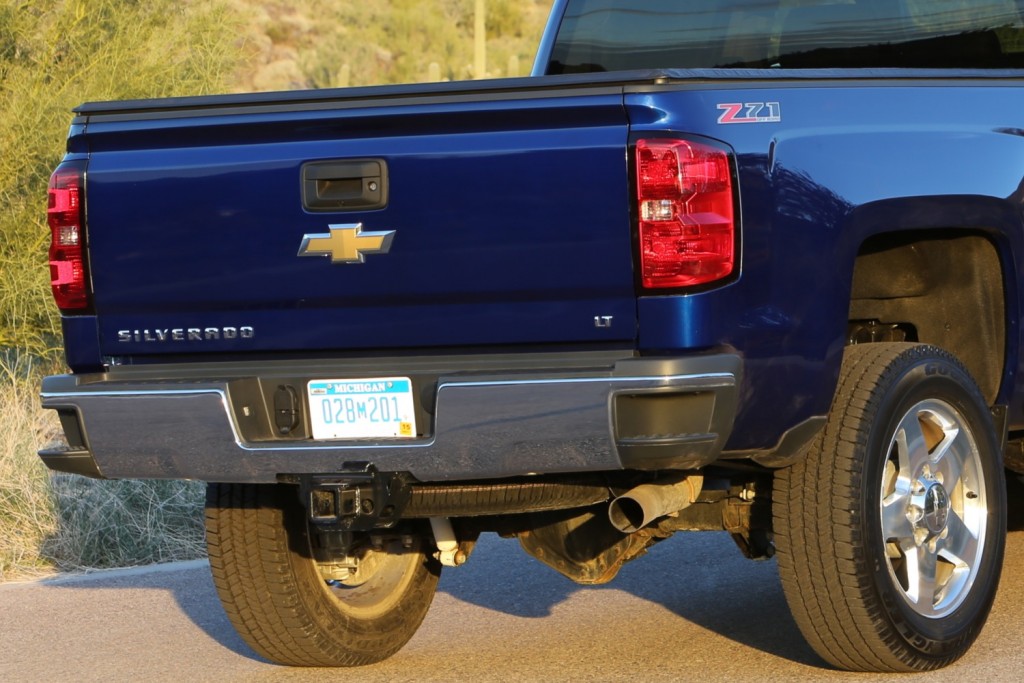 Well, it was all good fun at the time, but it side-stepped the fact that another Chevy truck had previously been offered with something very much like a man step. The CornerStep bumper fitted to the Chevrolet Avalanche from the 2001 to 2006 model years was arguably a neater and more functional arrangement than the Ford step, but it performed the same service.

At the time of the Silverado ad, the original CornerStep was long gone, though there was still a cutout step in the center of the rear bumper. Then a new-generation CornerStep appeared on another Chevy truck, the 2014 Chevrolet Silverado, and its corporate cousin, the 2014 GMC Sierra. It then appeared on the rest of GM’s truck portfolio, including the 2015 Chevrolet Silverado HD, 2015 GMC Sierra HD, 2015 Chevy Colorado and 2015 GMC Canyon.

GM’s commitment to designing user-friendly pickups has led to the introduction of the multi-function tailgate known as MultiPro on GMC vehicles and Multi-Flex when fitted to a Chevy truck. This led to the “Jaw Drop” ad for the 2019 GMC Sierra, in which Ford and RAM owners – and even their vehicles – react in amazement to the versatility of the MultiPro tailgate.

For those who either haven’t seen Chevy’s “Man Step” ad or just don’t remember it, here it is in all its glory: