Los Angeles-based rapper Blueface is drawing criticism after he filmed himself driving his 2020 Corvette Convertible at over 150 mph and posted the video to his social media.

The video was posted to Instagram Monday night, according to the rap-obsessed folks over at Hip Hop DX, and shows the rapper speeding down an unnamed Los Angeles freeway at speeds of up to 157 mph.

The clip begins with Blueface already speeding at just over 90 mph before he mats the accelerator and lets the Corvette’s 6.2L LT2 V8 engine carry him to nearly 160 mph. He even takes his hands off the steering wheel at times to show off his diamond-studded wrings and watch off to his Instagram followers. 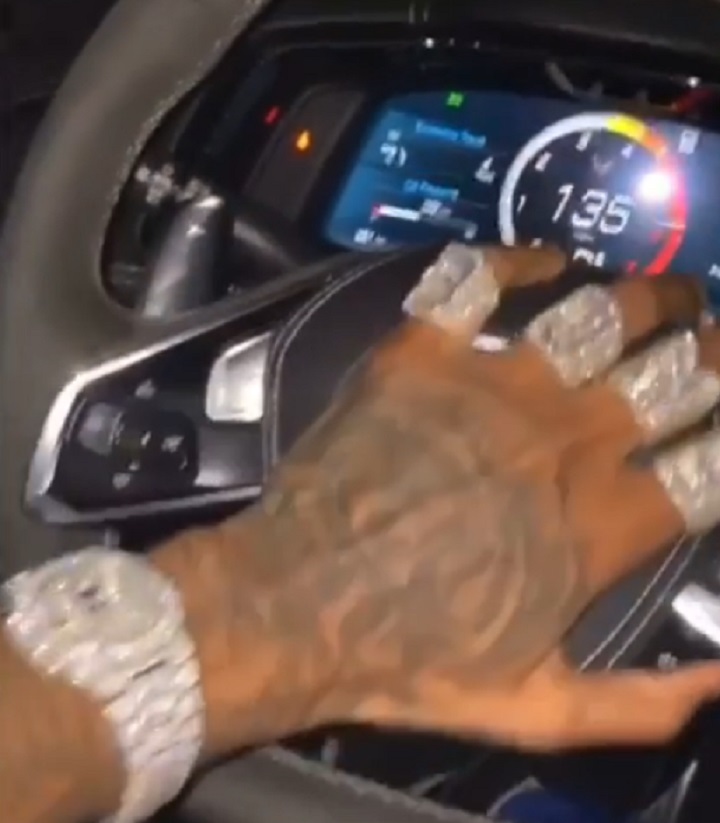 Most will be unsurprised to learn that Blueface has a bit of a history with reckless driving. Back in July of this year, the rapper posted a video to Instagram showing a towing company loading his wrecked Porsche Panamera onto a flatbed, tagging it with the caption: “Another one.” It’s unclear what these other crashes are that he may be referencing, but we really have no reason to dispute his claims of having wrecked multiple vehicles. At this point, we’ve seen enough to just take his word for it.

Blueface may want to take notes from fellow rapper Rod Wave, who crashed his 2020 Corvette into a light post earlier this year, totaling it. Rod Wave suffered internal bleeding in the crash and later recounted the wreck in one of his songs.

The 2020 Corvette is a serious performance car. With the Z51 Performance Package equipped, the mid-engine sports car produces 495 horsepower and 470 pound-feet of torque and can accelerate from 0-60 mph in as little as 2.9 seconds. It will also top out at an impressive 194 mph.