Everyone makes mistakes from time to time. It happens. What really matters is how you go about correcting those mistakes. This is especially important out on the road, where one wrong move can have dramatic consequences for anyone who happens to be around. Unfortunately, the driver of this particular Pontiac Grand Prix decides to make a bad decision worse, as evidenced in the following brief video. 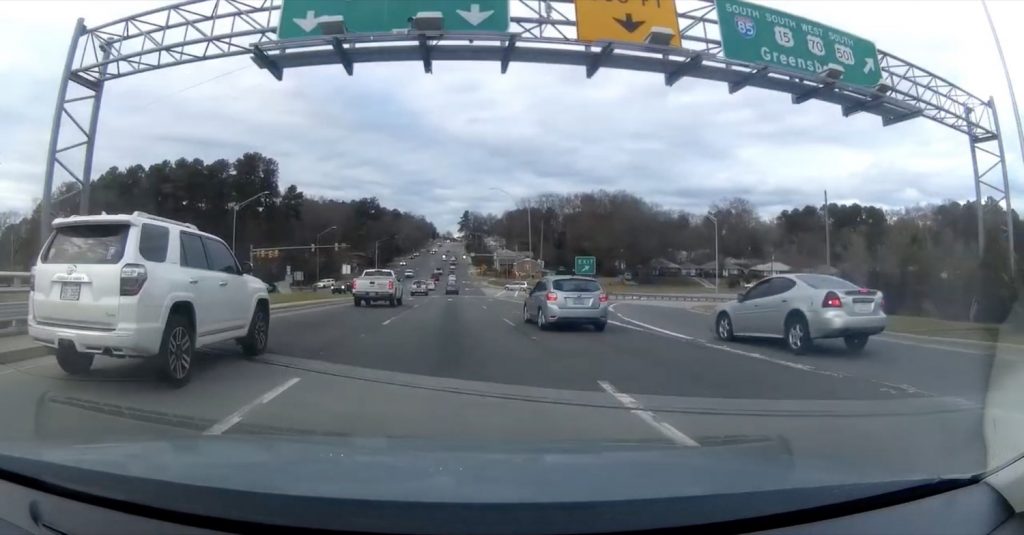 Coming to us from Durham, North Carolina, this video was captured on December 17th, 2020, and shows a scary moment on the road, as seen from the dash of another motorist.

As the camera vehicle cruises down the road, some light traffic is flowing along on both sides of the highway. All seems normal, until suddenly, a silver seventh-generation Pontiac Grand Prix appears in the far-right turning lane traveling at a high rate of speed. 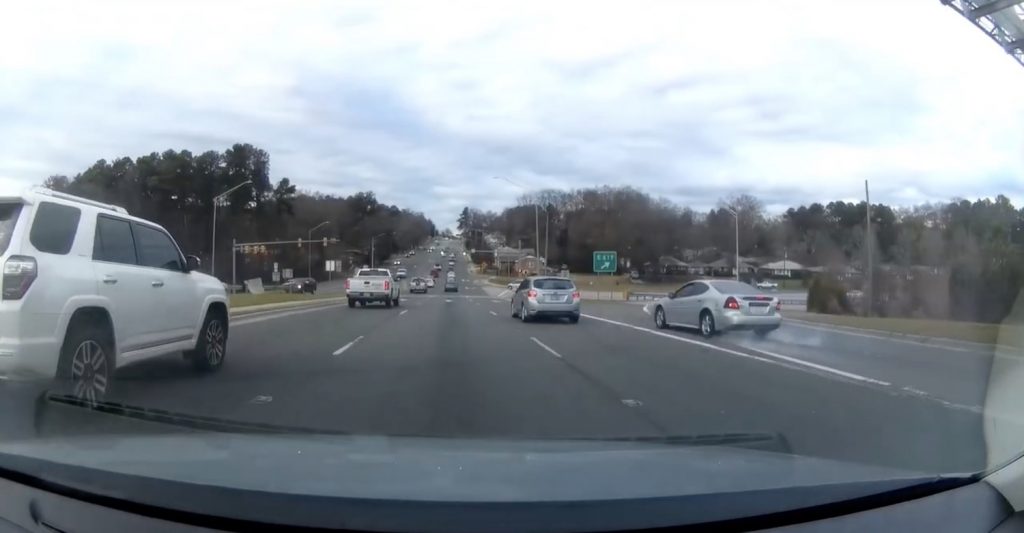 It’s unclear exactly what the Pontiac Grand Prix driver was thinking – perhaps they were about to take the wrong exit, or maybe they weren’t paying attention and realized they were in a turning lane and traveling too fast to make the corner. Either way, the driver slams on the brakes, pitching the Pontiac’s nose down to the pavement.

The rear wheels lock up under the heavy braking, throwing the car sideways as the driver steers around the divider. The car’s weight then transitions, leaving the driver helpless as they spin out into the intersection. 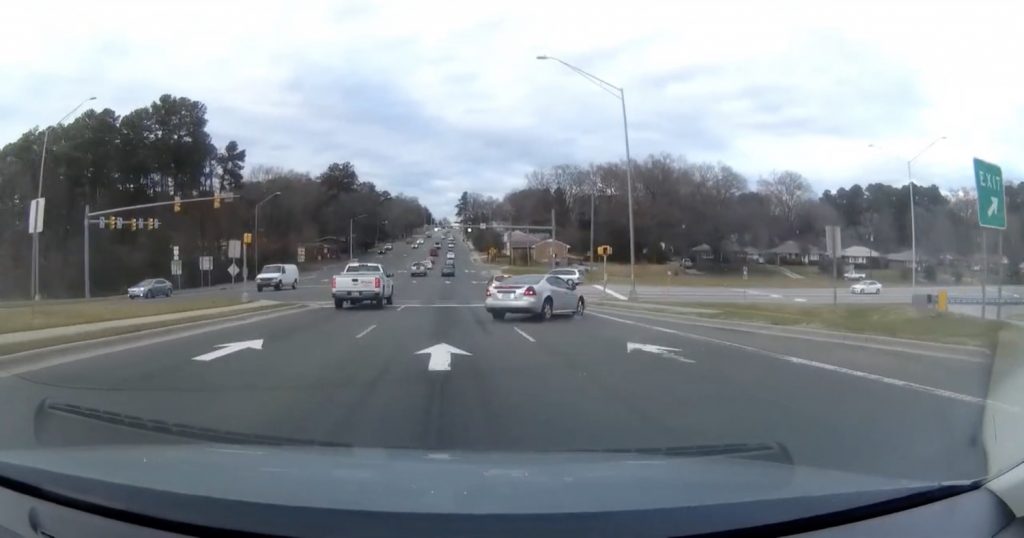 Incredibly, the Pontiac Grand Prix misses not only the divider, but every other car on the road as well, and ends up rolling backwards through a four-way stoplight.

However, the driver apparently isn’t done making mistakes. Rather than turn the car around or stopping on the side of the road, the driver shifts into reverse, and accelerates backwards. After getting some momentum, the driver attempts a J turn to get the Pontiac Grand Prix pointed the right direction, but ends up hopping a curb instead.

Hit play to see the insanity for yourself, and make sure to subscribe to GM Authority for more Pontiac Grand Prix news, Pontiac news, and around-the-clock GM news coverage.