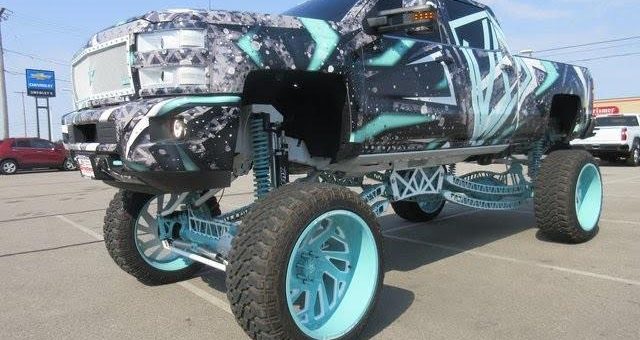 Smedley’s Chevrolet of Vandalia, Ohio has an extraordinary Silverado 2500HD for sale that’s sure to stand out at any place and any time.

The 2018 Silverado HD is an LTZ trim level with a Crew Cab and Standard Box body-configuration, equipped with the 6.6-liter L5P V8 turbodiesel Duramax engine and four-wheel-drive. Nothing strange about that, but as you may have already noticed from the photos, it’s had a little work done. 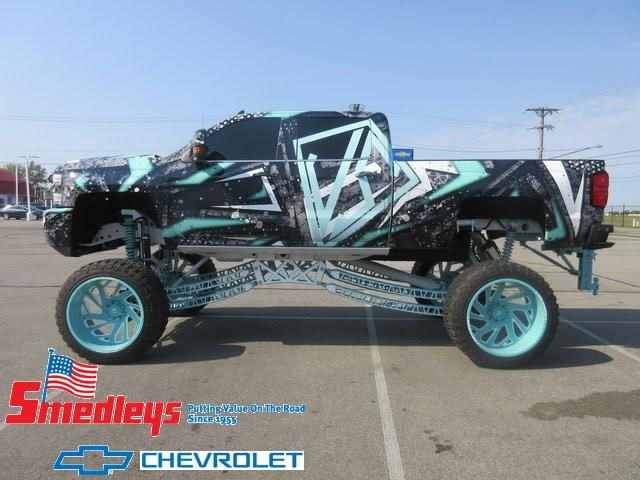 For starters, the ground clearance is somewhat higher than stock. It’s not enough to say that the tires don’t fill the top of the wheel arches. Hell, they don’t even reach the bottom of the wheel arches when the vehicle is stationary. And that’s not just because they’re low-profile items. This Silverado 2500HD rides so high above the ground that we have to wonder if it would be easier to climb aboard using a step ladder or by jumping across from a second-story window. 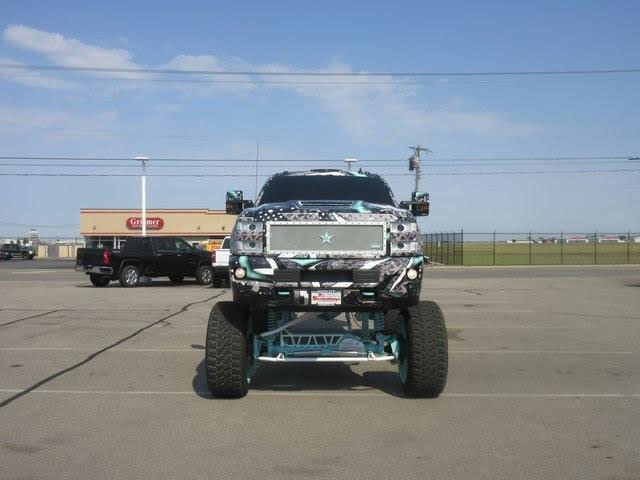 The maximum possible body movement is difficult to estimate, but judging by the enormous shock absorbers it’s likely that it could be measured in feet rather than in inches.

The Silverado 2500HD is listed as being painted in Summit White. For all we know, that might still be the case, but it has also been covered with a wrap bearing an angular, multi-colored design. One of the colors is a pale blue which is also featured on the wheels and suspension. 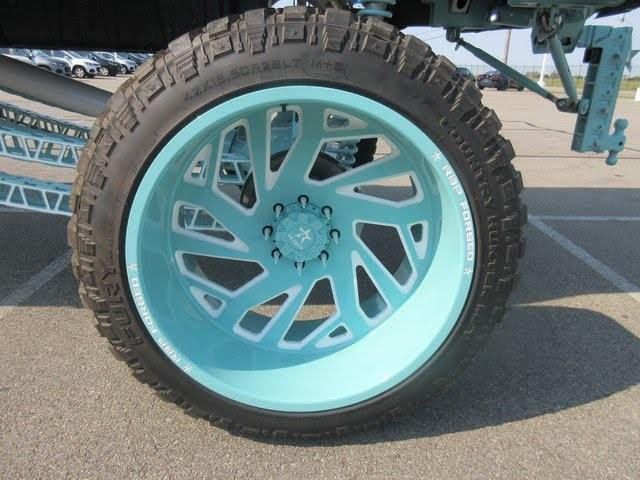 According to Smedley’s, this custom truck has only covered 2,466 miles in over two years. It’s priced at $99,995, which is apparently quite the bargain since over $165,000 is believed to have been invested in the project. 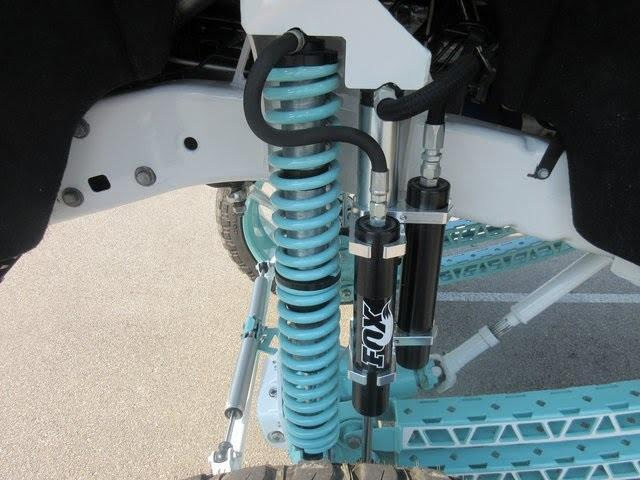 Something to note: the listing on Smedley’s notes the following disclaimer, “the features and options listed are for the new 2018 Chevrolet Silverado 2500HD and may not apply to this specific vehicle.”

If you haven’t already, why not subscribe to GM Authority for even more Chevrolet Silverado news, Chevy news and a constant stream of GM news coverage.