Seven-time NASCAR Cup Series champion Jimmie Johnson turned his first laps in the No. 48 Cadillac DPi-V.R that he will drive in the Rolex 24 Hour in January during a private test held earlier this week. 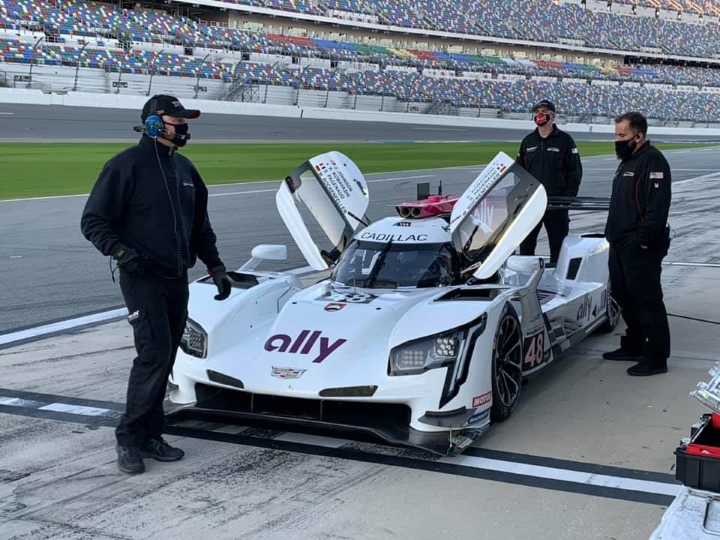 Johnson, along with teammates Mike Rockenfeller and Simon Pagenaud, were at the Daytona International Speedway on Tuesday putting in some feeler laps prior to the Roar Before the 24 official test in January. The trio will also welcome two-time Rolex 24 Hour winner Kamui Kobayashi to their roster for the 24-hour endurance race, although the talented Japanese driver was not present at the test this week. 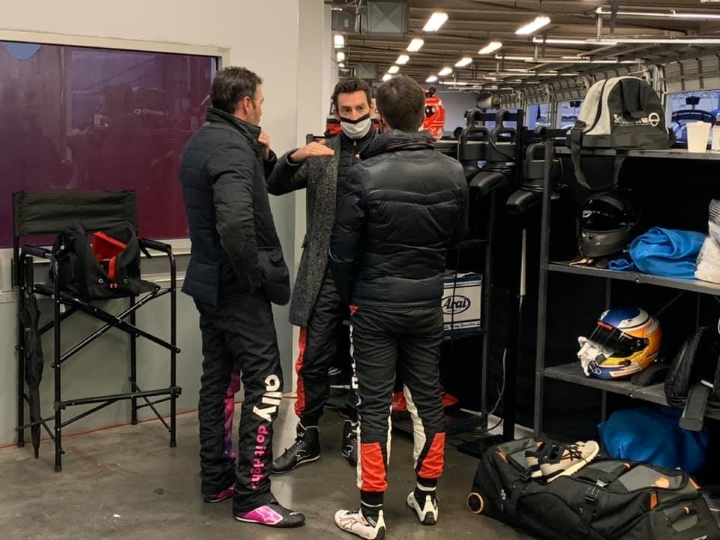 “It’s been a while,” Johnson said after climbing out of the No. 48 Cadillac DPi-V.R. “The car has evolved I think two generations since my last race in the Rolex 24. And I think we’re 8-10 seconds faster with this DPi configuration than what I did in the Grand-Am car. So very fun car to drive, lots of downforce, lots of speed. The Action Express guys have the car running really nice.” 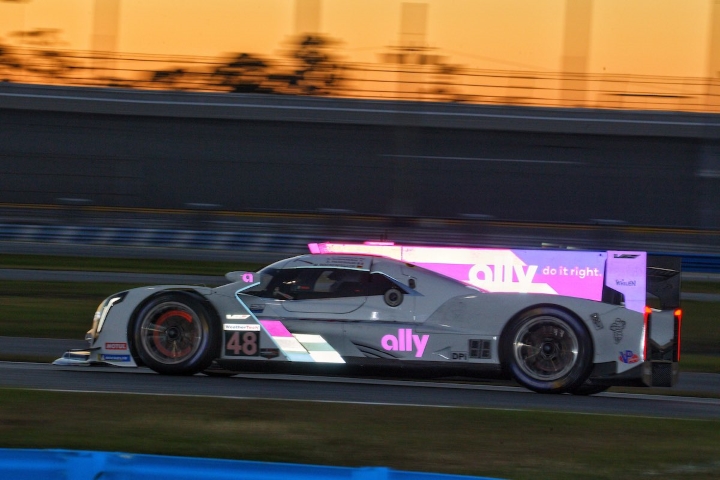 The No. 48 Cadillac will fly the colors of Ally Bank for the Rolex 24 – the same company that sponsored Johnson’s No. 48 Chevy Camaro ZL1 1LE in the NASCAR Cup Series in 2019 and 2020. The purple, pink and white Ally livery was shown for the first time during this week’s test.

“We had a great day (testing) yesterday and super quick, so it’s just a really neat opportunity for me to still have an association with Ally,” Johnson added. “To drive for Action, to have this opportunity to compete with Kamui, with Simon and with Mike, it’s just such a unique opportunity and one I’m really proud to be a part of.” 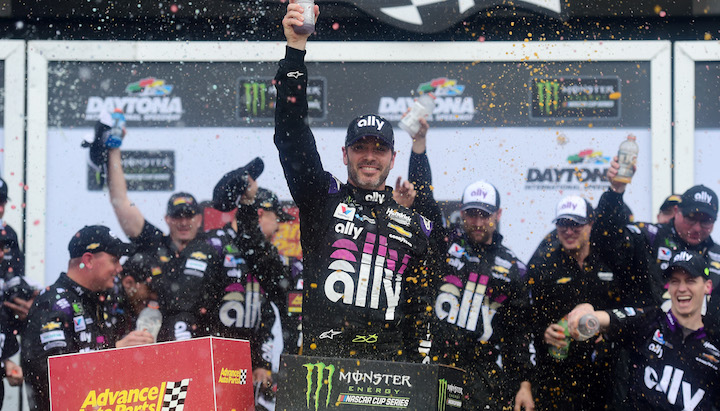