The sixth-generation Chevy Camaro ZL1 is a monster right out of the box, but with a few choice modifications, this high-powered muscle machine becomes truly ferocious. Now, we’re getting a look at what happens when the Camaro ZL1 gets the right kit to dominate at the drag strip thanks to the following brief video. 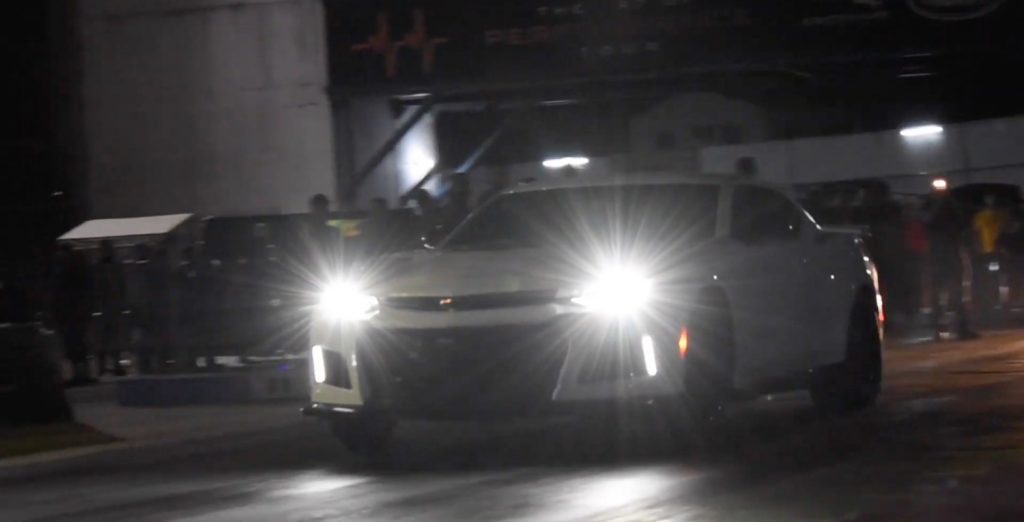 Coming to us from the Florentino Favela YouTube channel, this video appears to capture some nighttime drag racing at the Autodromo Culiacan race park in Mexico. The video opens to show a white sixth-generation Chevy Camaro ZL1 staging up for a run, warming its tires with a brief burnout before approaching the line.

As the Camaro prepares to launch, we see it purge its nitrous system with a tall blast of white vapor shooting out next to the windshield.

With the Chevy Camaro lined up and ready to go, the driver waits for the lights to flash, then lays into the loud pedal. The muscle car rears back on its haunches, roaring forward in a rumbling wave of horsepower and torque. 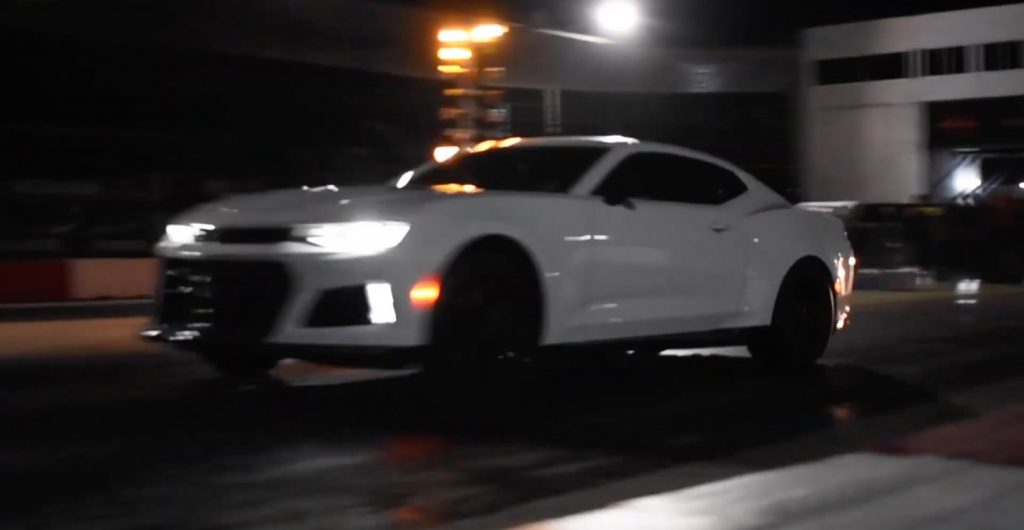 The driver pedals a little bit off the line before digging back into the throttle and flying down the track.

Unfortunately, the video doesn’t provide much in terms of specs or numbers. It doesn’t even provide the Chevy Camaro ZL1 dragster’s ET in this run. However, judging by appearances, this thing looks like it’s prepped specifically for the 1320. Not only is it huffing down nitrous, but it’s also running a set of slicks and skinnies to help it scramble for every last bit of acceleration. The lightning-quick gear changes also suggest this thing is running the 10-speed automatic gearbox, rather than the six-speed manual.

Hit play to see it all go down for yourself.

As a reminder, the latest sixth-generation Chevy Camaro ZL1 is equipped with the supercharged 6.2L V8 LT4 engine, which, in stock guise, produces 650 horsepower and 650 pound-feet of torque.