Our colleagues at sister publication Cadillac Society recently spotted two renderings on Instagram of what they call the 2022 Cadillac DTS Sport Black Edition. Published on Instagram by @tuningcar_ps, the renderings are, of course, imaginary – but we rather like them. 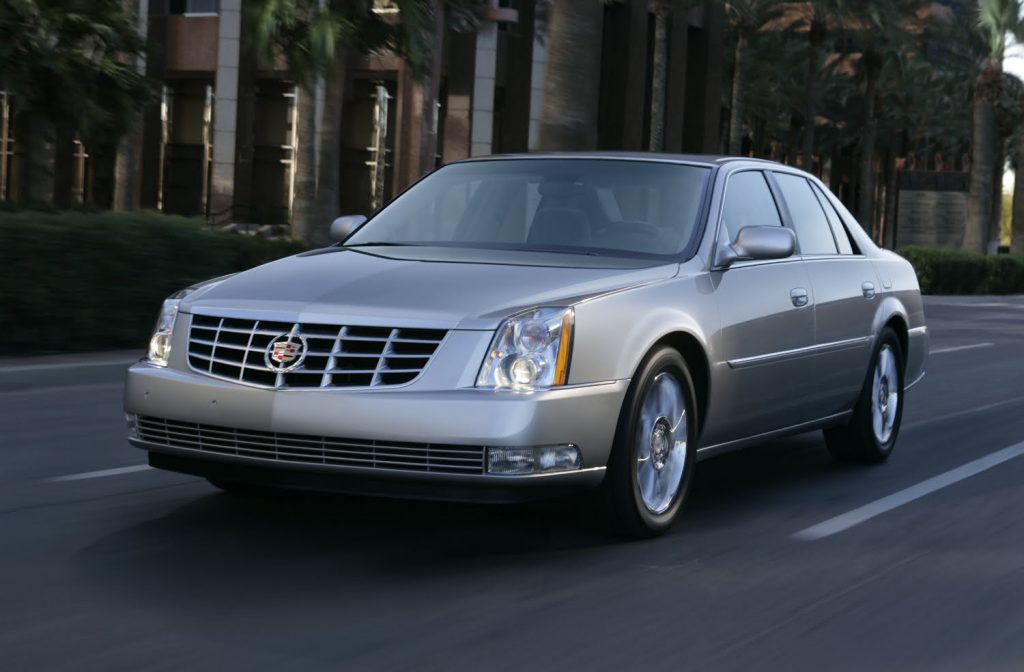 The DTS made its debut at the 2005 Chicago Auto Show and remained in production until 2011. Unless GM abruptly alters the product and naming strategies for its luxury brand, there isn’t going to be a 2022 Cadillac DTS. And even if there were, it probably wouldn’t look the same as the rendering, since it uses a design language which Cadillac has moved away from. As updates go, however, it’s very impressive, and well worth a closer look. 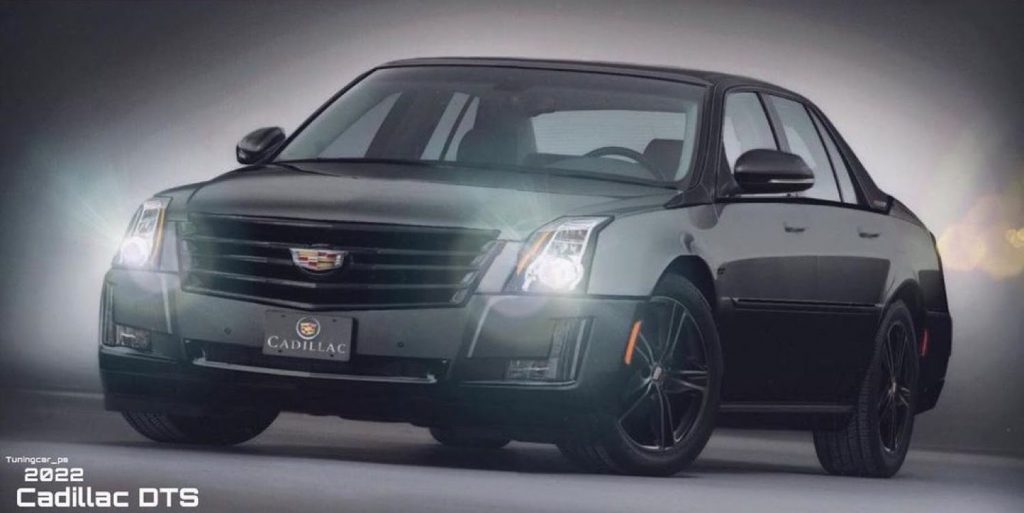 Up front, the grille features broad, horizontal slats, giving a greater feeling of width than on the original Cadillac DTS. The headlamps have the same wedge-shaped and predominantly vertical housings as those on the Cadillac XTS, STS, and the first two generations of the CTS, though not the CT4 and CT5, whose headlamps feature a horizontal element along with a vertical accent. Additionally, L-shaped lighting elements in the lower bumper are similar to those in the 2015-2020 Cadillac Escalade.

The rest of the car is closer to the original Cadillac DTS, though the artist has added a set of modern looking wheels with a dual split-spoke design, plus larger, rectangular exhaust tips. The wheels have a considerably greater diameter than would have been expected in the DTS’ heyday. The Black Edition, part of the rendered car’s name, refers to the color not only of the body paint but also of the grille, wheels, window surround and exhaust tips, among other items.

Although the render does not look particularly futuristic, it is certainly a lot more modern than the original Cadillac DTS design. We can only imagine the reaction if Cadillac had put something like this on sale back in 2011.

Want to stay up to date on all things GM? Then subscribe to GM Authority for more Cadillac news and around-the-clock GM news coverage.