A very special second-generation Chevrolet Chevelle Coupe will be one of the lots at Barrett-Jackson’s upcoming Scottsdale auction, which will take place in Scottsdale, Arizona from March 20th to 27th. The 1970 Chevelle has been custom built to an exceptionally high quality, and features a supercharged Chevrolet 6.2L V8 LT5 Small Block engine. 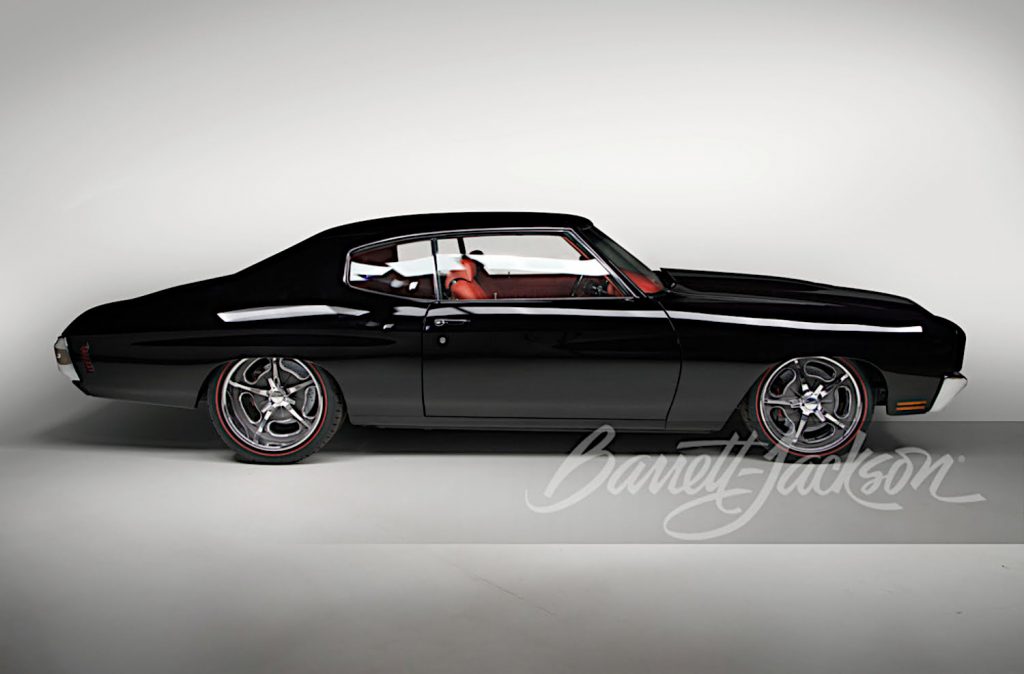 Introduced for the 2019 Corvette ZR1, the LT5 produces a thundering 755 horsepower and 715 pound-feet of torque. This is substantially more than the 450 horsepower and 500 pound-feet of torque claimed for the naturally aspirated 454 cubic inch (7.4-liter) LS6 Big Block V8, which was the most powerful engine offered in the stock 1970 Chevelle when fitted with a four-barrel 800 CFM Holley carburetor. The LT5 drives the show car’s rear wheels through a six-speed Tremec manual transmission. 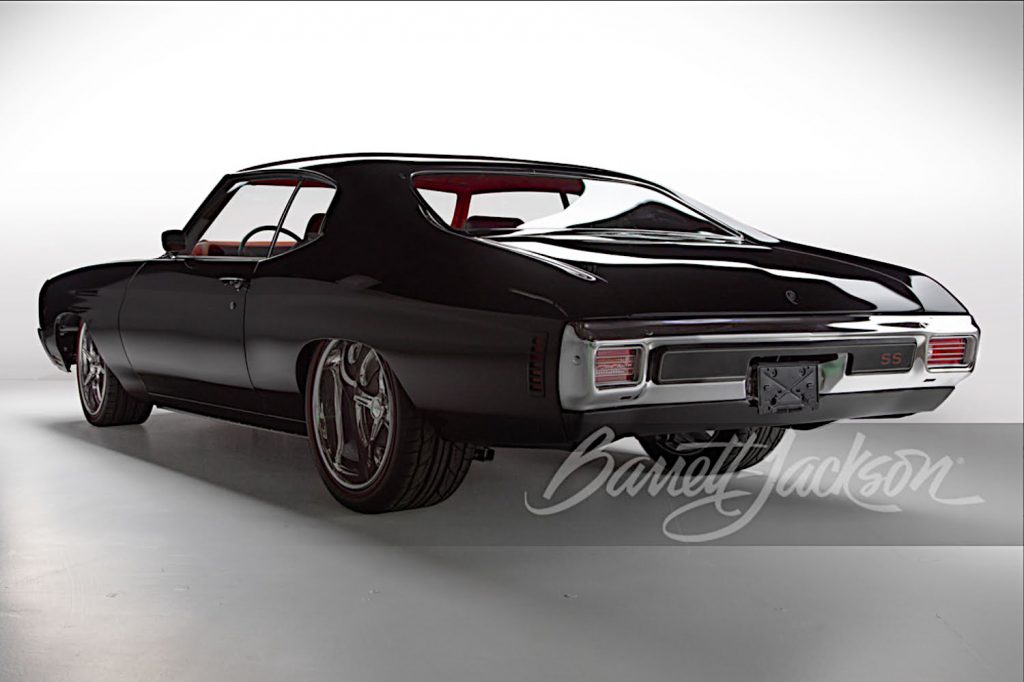 The 1970 Chevelle sits on a Roadster Shop chassis which has been powder coated in black. Sikkens black paint has been applied to the body (described by Barrett-Jackson as “laser straight”), which was acid dipped before the build began. Contrasting with the black exterior, the upholstery has been custom made in deep red Mercedes leather by the award winning Jon Lind Interiors of Springfield, Oregon. 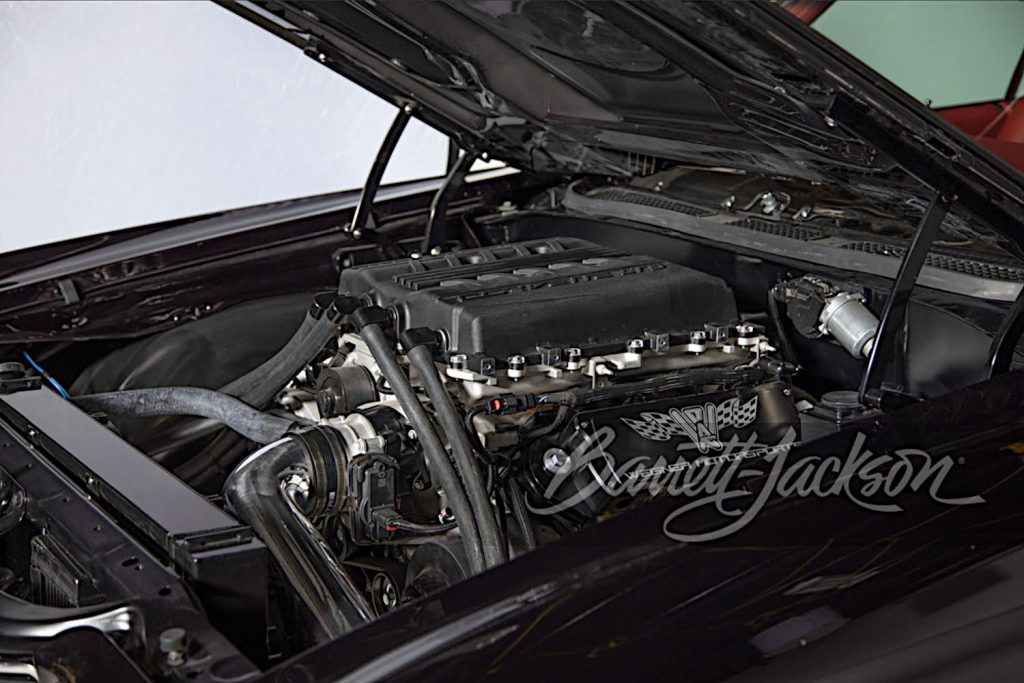 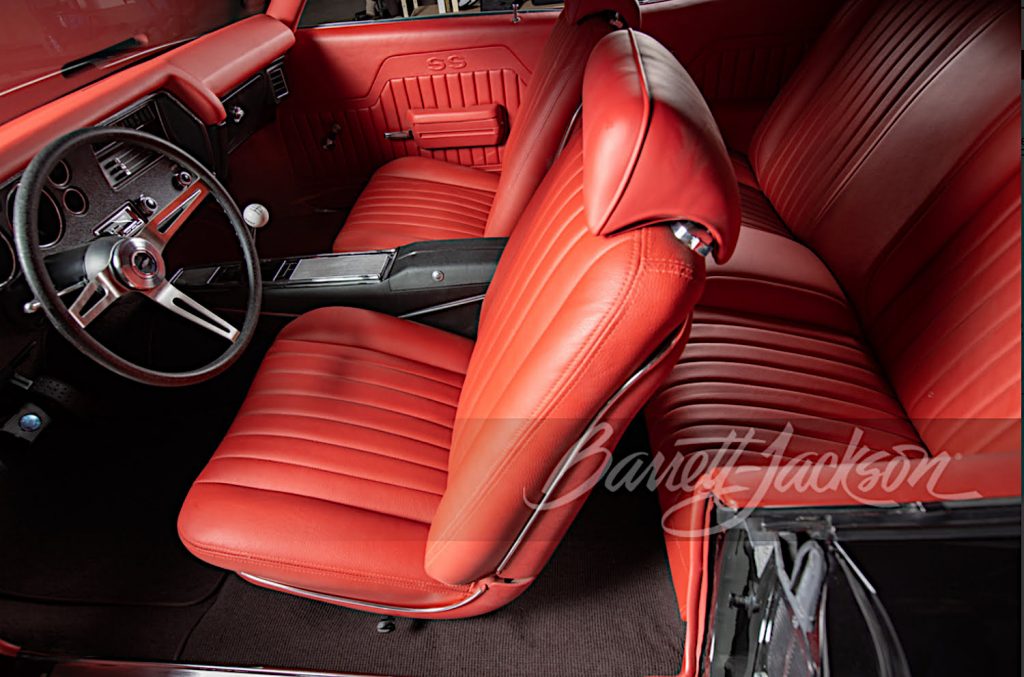 The 1970 Chevelle custom build does not have a reserve price, but a car built as expertly as this one deserves to sell well. Full details can be found on the Barrett-Jackson website here here.