There’s an art to making a muscle car sound good, and now, we’re getting an earful of a veritable sonic masterpiece thanks to this LSX-powered Chevy Camaro, which comes to the party rocking a custom dual exhaust system with C7 Corvette-inspired quad center tips. 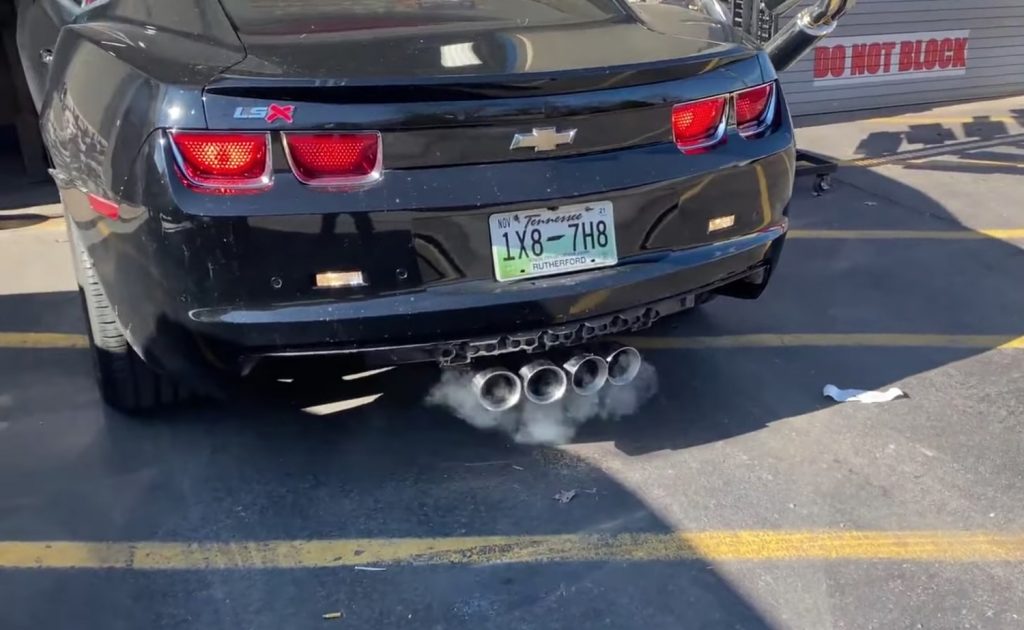 Featured in a brief three-minute, 35-second video from the Exhaust Addicts YouTube page, this particular Chevy Camaro hails from the fifth generation, specifically the 2012 model year. Under the hood, this modified monster is equipped with an LSX V8, a beastly motor capable of throwing down some ludicrous power numbers.

Unfortunately, specs and details on this LSX-powered Chevy Camaro are few and far between, but we do know that it comes equipped with a brand-new exhaust system that sounds absolutely nasty. The good noise starts with new long tube headers, which feed a pair of 3-inch straight pipes terminating in a set of quad exhaust tips. The tips are routed to the center of the rear valence, which gives the rear end of this Chevy Camaro a look that’s reminiscent of the C7-generation Chevy Corvette – at least as far as the exhaust treatment is concerned. 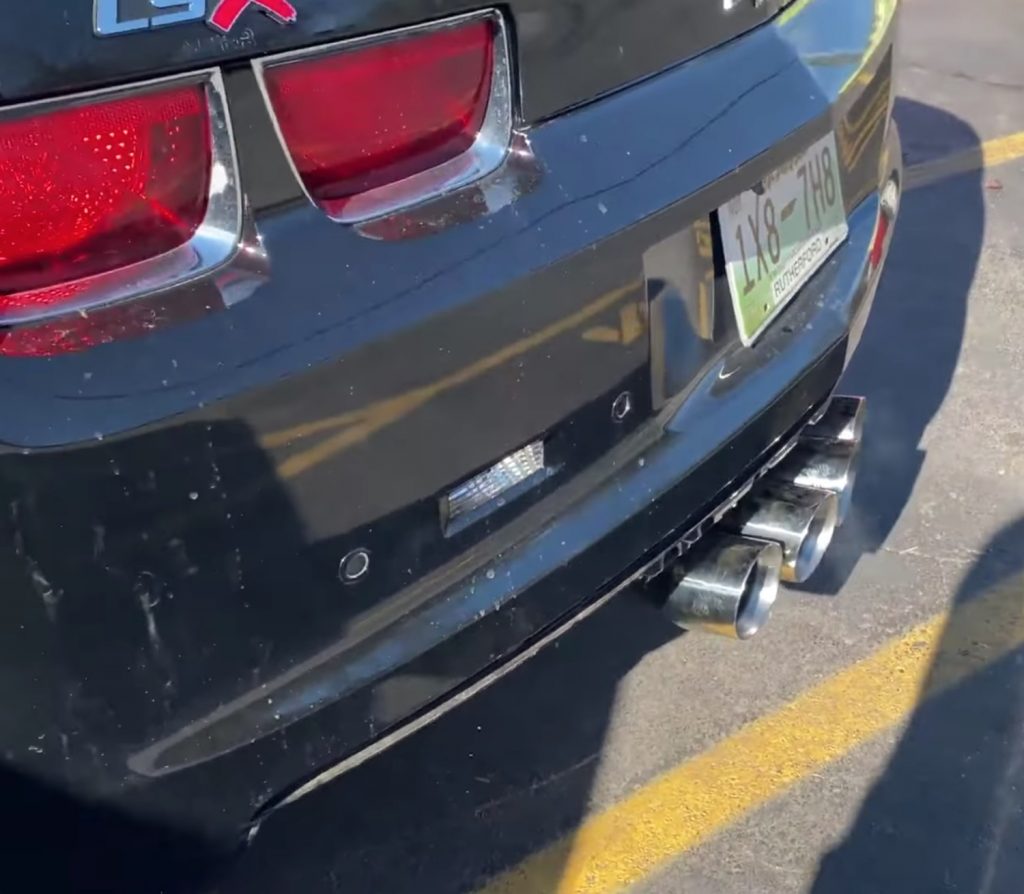 To properly house the new quad exhaust, the owner is planning to install a new custom rear valence, but for now, the tips are clearly exposed for all to see.

Not that you’d really miss them. Later in the video, the LSX-powered Chevy Camaro gets a cold start with the new exhaust installed, roaring to life with a cacophony of internal combustion goodness. This thing is loud – as soon as the engine starts running, the video narrator has to shout to be heard over the rumbling exhaust note, even at idle. As soon as the driver dips into the throttle, well, you can guess what happens next. Hit play to hear it for yourself.