Corvette racer Bill Thomas wanted to build a car that would compete with Carroll Shelby’s Cobra that was dominating racetracks in the 1960s. He called it the Cheetah, but very few were made, so it’s fair to say getting your hands on an original car would be a tough proposition. There is a solution: the Cheetah Evolution. 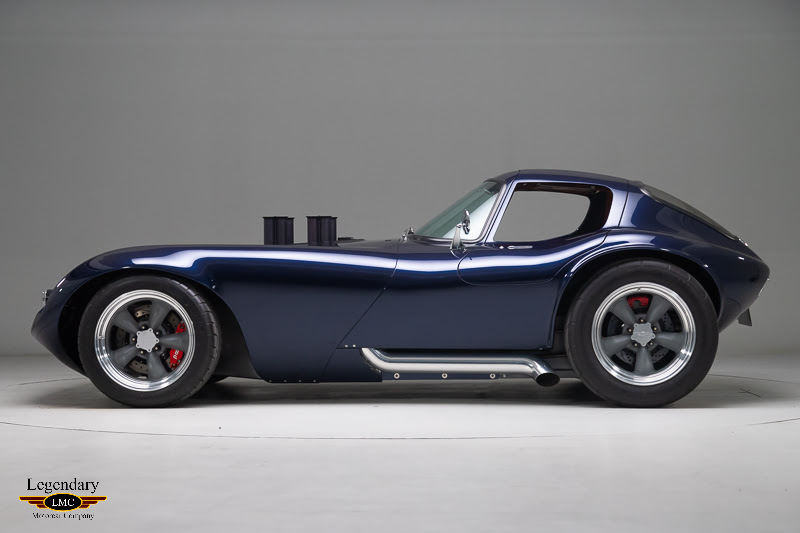 Using Corvette components, Thomas planned to build 100 copies of his race cars for SCCA homologation. The Cheetah had a 90-inch wheelbase, lightweight chassis, Corvette rear suspension, and 11-inch drum brakes. The engine was a Corvette 327 stroked to 377 cubes, fed by a Rochester fuel injection setup, and backed by an aluminum Borg-Warner four-speed. The injection-fed 377 produced between 460 and 550 horsepower and weighed just 1,550 pounds. The engine was pushed so far back in the chassis that it was considered a mid-engine car, and it was connected to the rear differential with U-joints; no driveshaft was necessary. 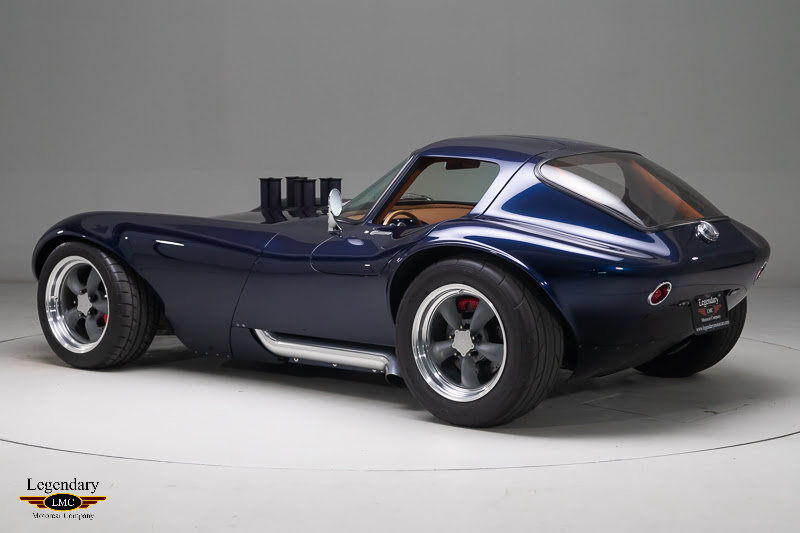 The body was made of thin, light fiberglass. The windows, aside from the windshield, were Plexiglass. Every effort was made to shave weight. 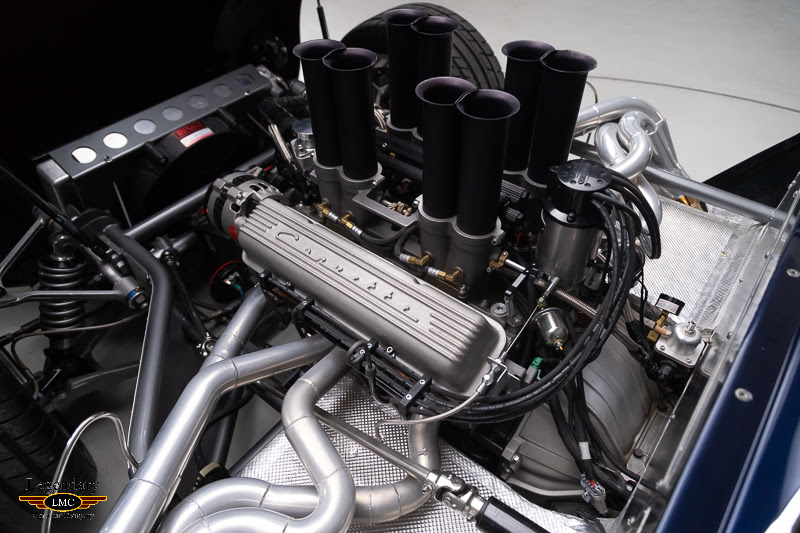 Only eleven Cheetahs were ever built (there is some debate about the final number, but most sources agree on production totaling eleven), and only eight are known to still exist. They generally trade hands for $700,000 to $850,000. 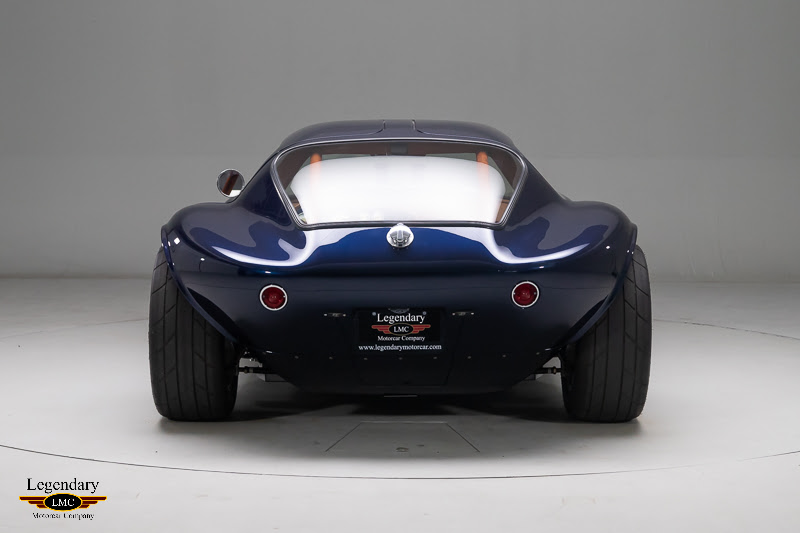 Ruth Engineering of Ohio has developed a new version of the Cheetah with the appearance of the original car, but with updated suspension, chassis, and interior, called the Cheetah Evolution. 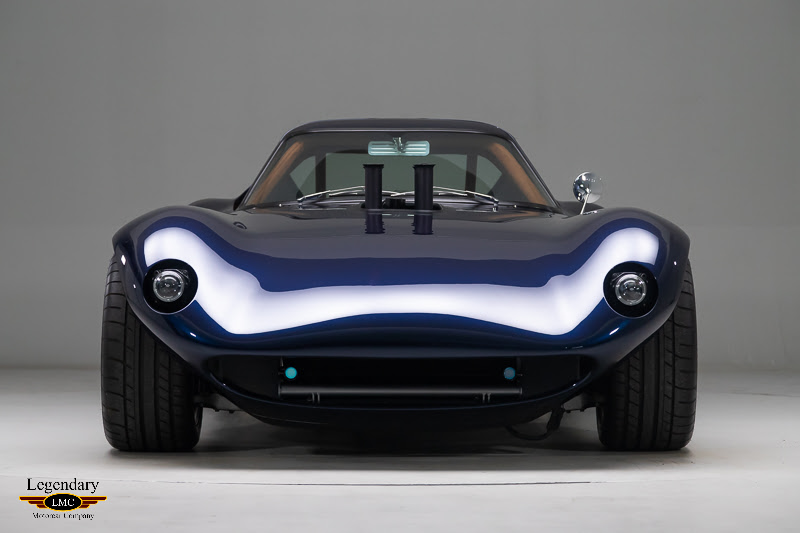 The Cheetah Evolution has a tube-frame chassis, GM/Alcoa suspension bits, and a slightly wider body to accommodate current wheels, tires, and brakes. Resplendent in dark blue metallic paint over tan interior, the Cheetah Evolution seen here is propelled by a 377-cubic inch Chevy Small Block fed by Hilborn fuel injection that cranks out 523 horsepower. The engine is backed by a 5-speed manual that feeds power to a C4 Corvette independent rear suspension. The 18-inch American Racing Torq Thrust wheels hide four-wheel disc brakes. It even has A/C!

This 2017 Cheetah Evolution is on offer from Legendary Motorcar Company. 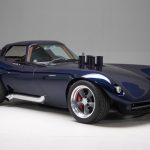 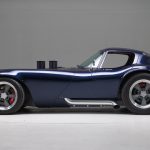 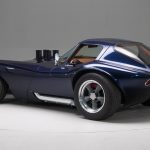 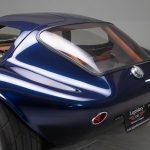 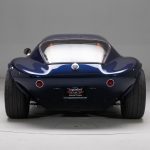 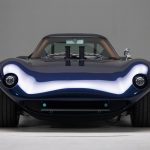 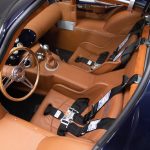 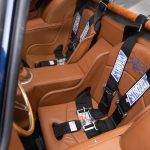 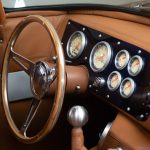 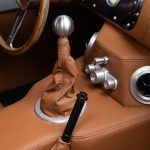 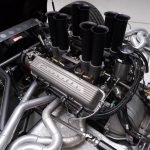