The very existence of a Hummer H1 camper is extraordinary, and one was recently sold in an online auction site for $36,500. Bidding started at $5,000 and rose very rapidly into five figures, eventually reaching the final price after a brief battle between two bidders. 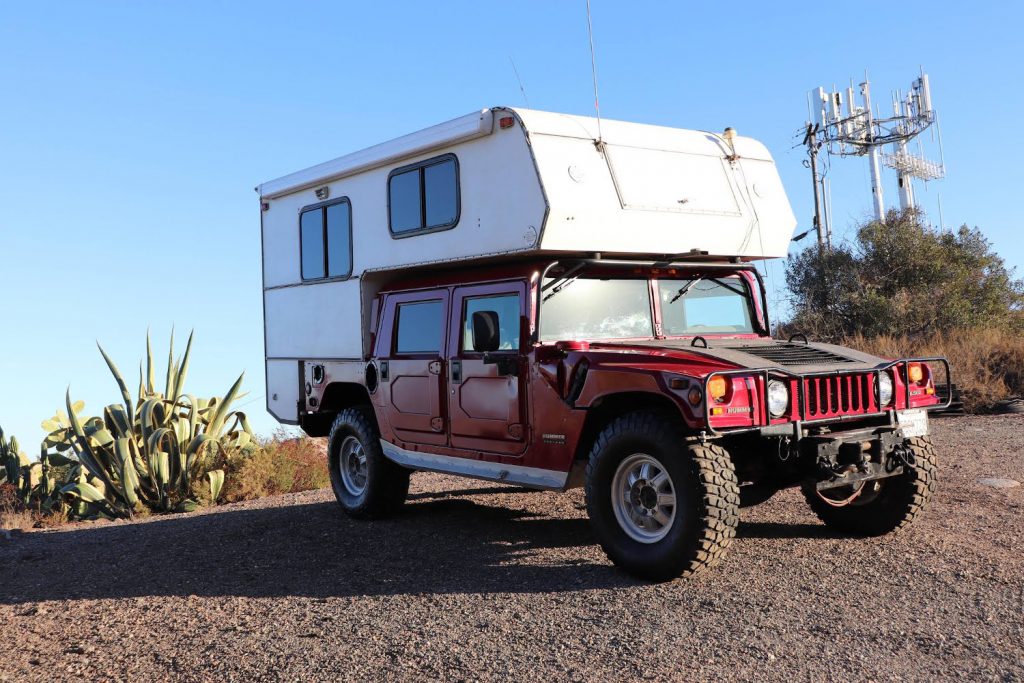 According to Hummer Nation, the story of how it came about is suitably enthralling. The vehicle started out as a regular Hummer H1 truck in 2000. Two years later, a salvage title was issued when the truck was badly damaged after rolling down a driveway. It was then bought back, repaired and converted at a cost of between $15,000 and $20,000. 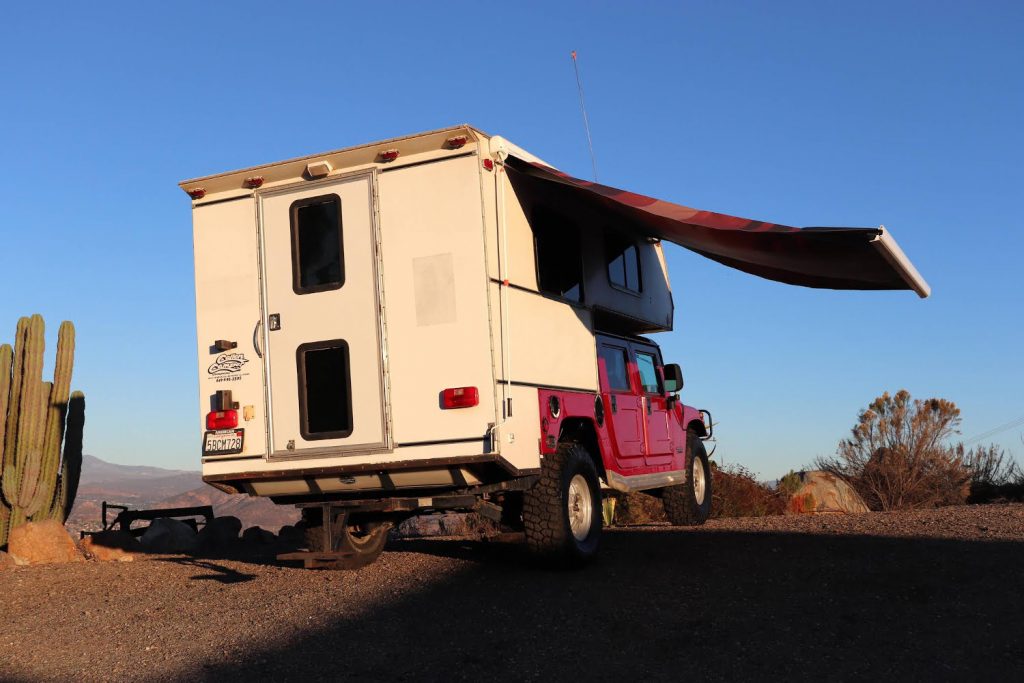 The conversion involved fitting a custom-built slide-in camper unit supplied by Callen Campers of San Marcos, California. The unit, which can be removed for daily driving, contains a queen bed, a two-burner gas cooktop, a sink, a water pump, a 35-gallon freshwater tank and a five-gallon propane tank. 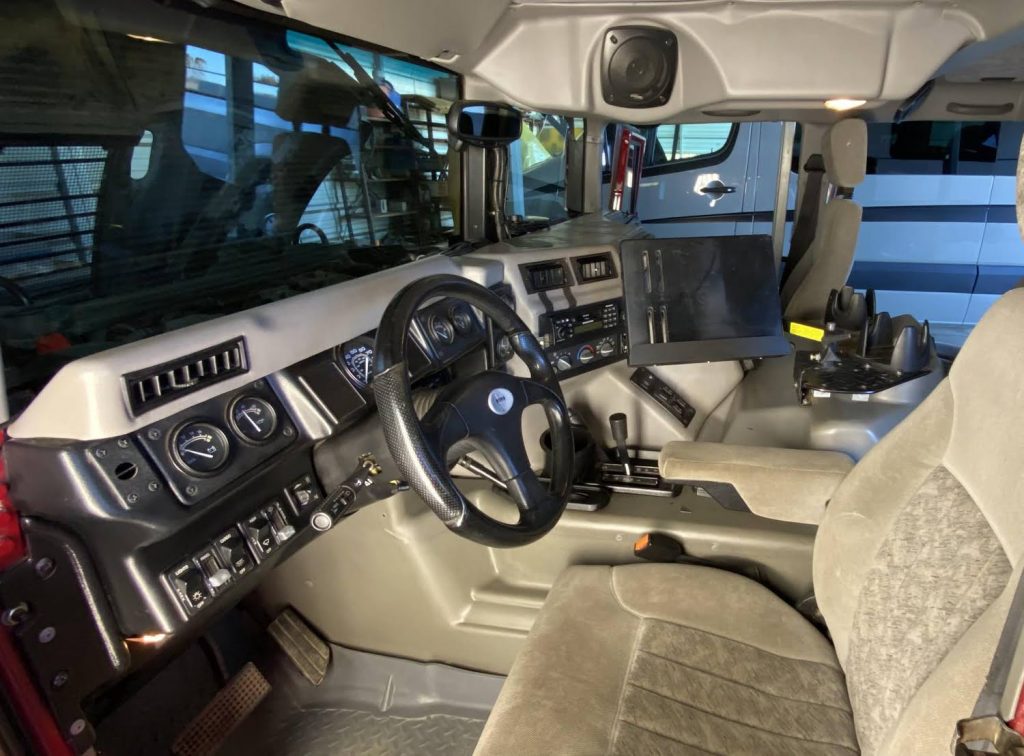 A 20-gallon auxiliary fuel tank has also been added to the vehicle, bringing its total fuel capacity to approximately 60 gallons. To cope with the extra weight, the engine computer was chipped, and the suspension was uprated. Other modifications include an aftermarket steering wheel, a swing-out table stand, an aftermarket exhaust, a Garmin GPS antenna and a CD radio antenna. 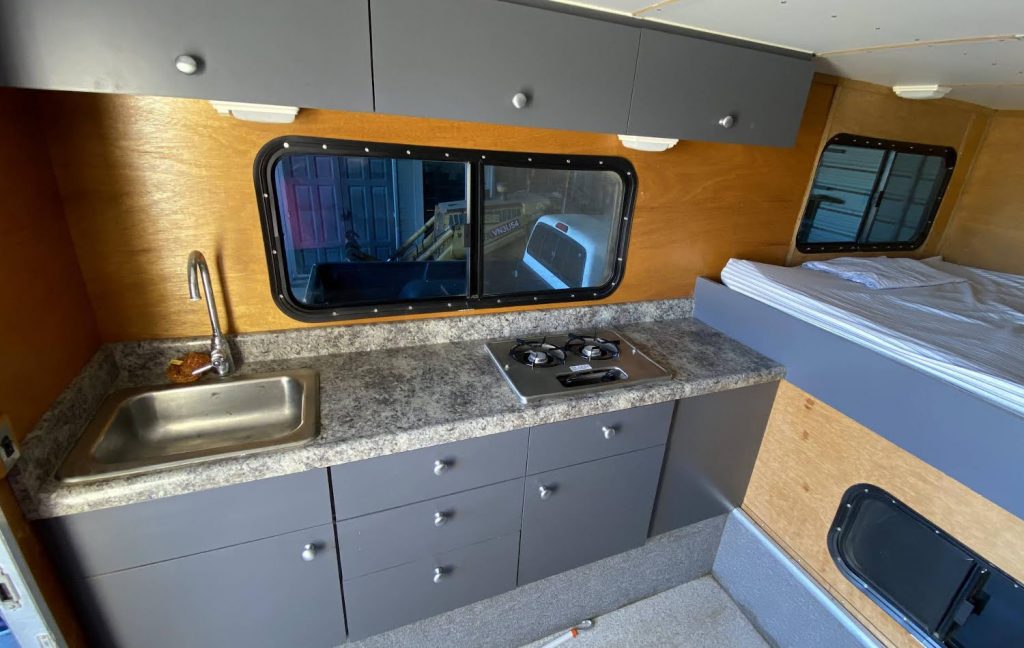 The Hummer H1’s mileage was below 20,000 miles at the time of the conversion and has since risen to 57,700 miles. There are some minor flaws, but little more than you would expect for a vehicle capable of taking its passengers further from public roads than almost any other camper imaginable.

We hope the new owner enjoys this very special Hummer H1. We also reckon that anyone else who wants a camper like this will have to wait until they want to move it on, since it’s very unlikely that anything similar will go on sale any time soon.