The old gasser-style drag racers of the ‘50s and ‘60s were built specifically for straight-line speed, and as a result of all those purpose-driven modifications, the gasser style and aesthetic has become synonymous with classic hot rod shenanigans. Now, Hot Wheels is giving a hat tip to those iconic dragsters with this new ’55 Chevy Bel Air Gasser toy model. 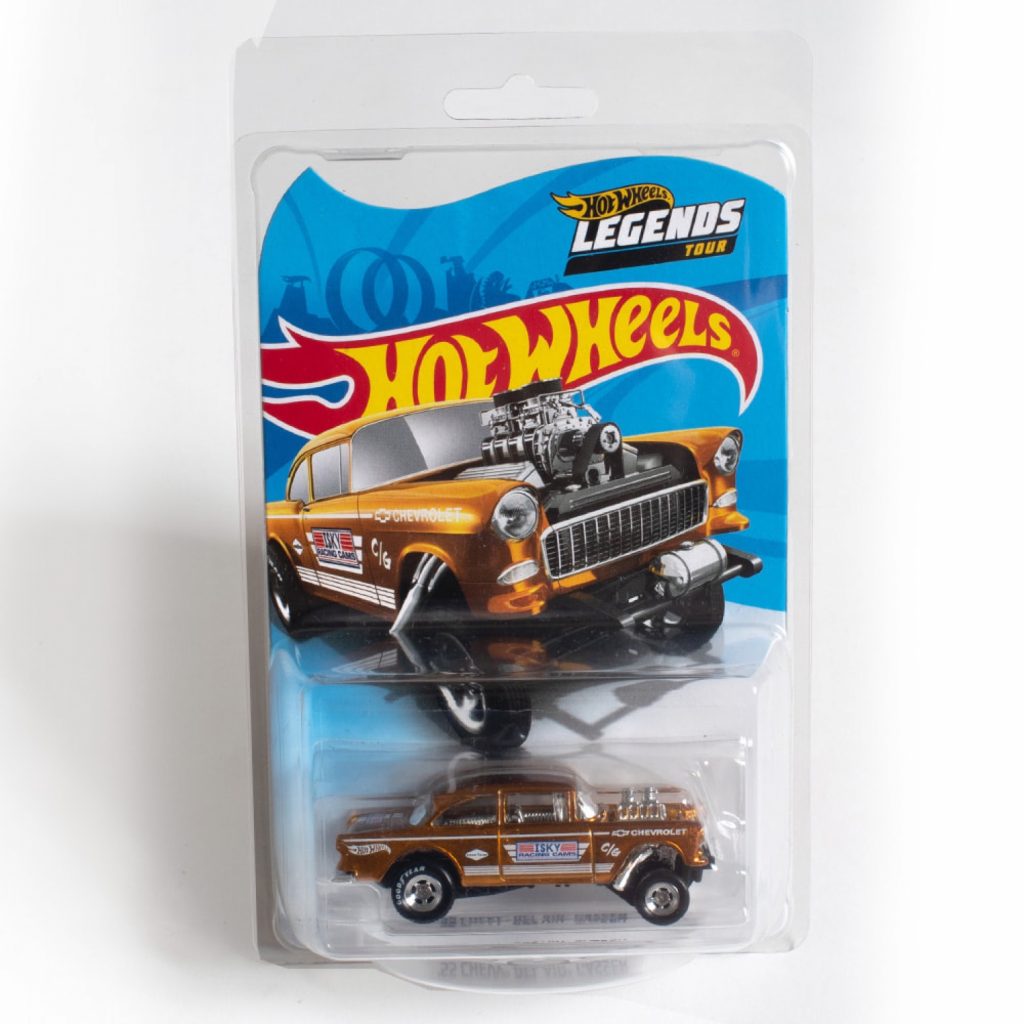 Recently announced via social media, the new Hot Wheels ’55 Chevy Bel Air Gasser toy model rocks the classic dragster look down to the smallest detail, and is sure to delight hot rod fans of every age.

For those readers who may be unaware, gasser drag racers were popularized during the ‘50s and ‘60s as highly modified speed machines designed to tear up the drag strip. The name comes from the fuel used, with gassers running gasoline, as opposed to alcohol-based racing fuel, and vehicles were often lightened through the use of fiberglass body components and plexiglass. Bigger engines throwing down impressive power numbers were used up front, while out back, gassers were equipped with sticky racing slicks. The suspension was also modified to put more weight on the rear off the line. 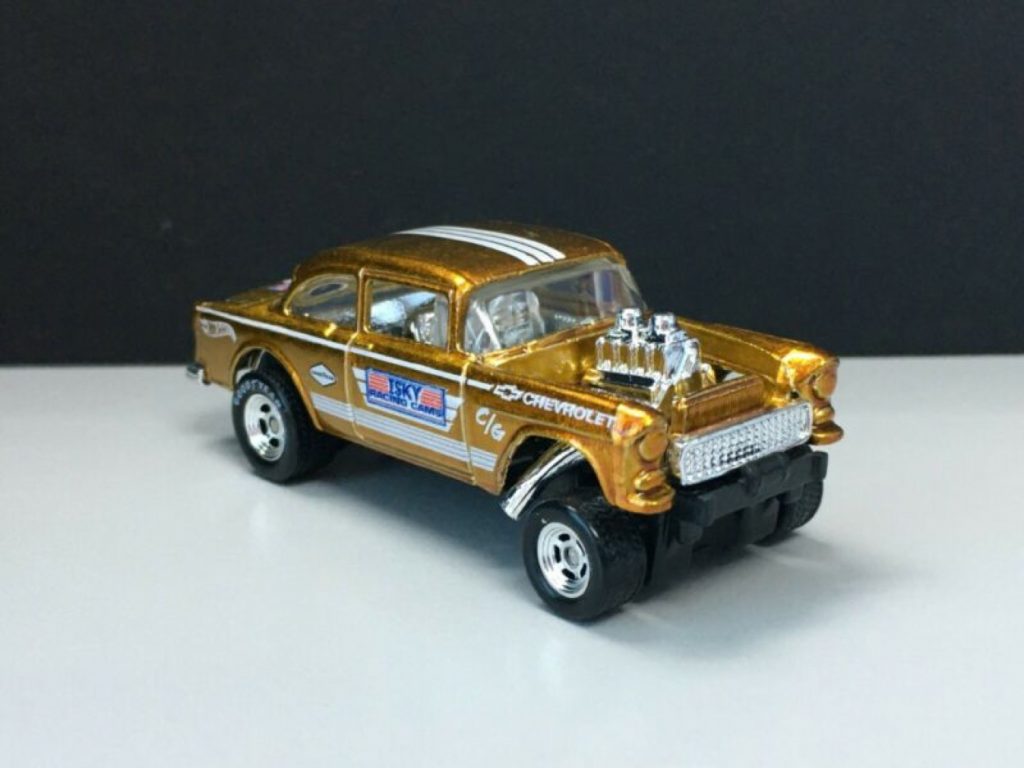 The ’55 Chevy Bel Air was a popular recipient of the gasser treatment, and now, this new Hot Wheels toy puts that heritage down to scale, with details like a gold and white livery, jacked-up suspension, a supercharged engine, and headers dumping just behind the front wheels.

Enthusiasts can pick one up for themselves at Tangram, where a bundle package with the ’55 Chevy Bel Air Gasser toy model, a Hot Wheels Legends Tour Truck hat, and Hot Wheels Legends lanyard are priced at $50. The toy can also be found on auction websites like eBay. 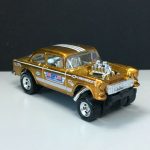 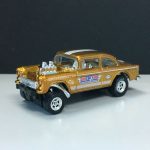 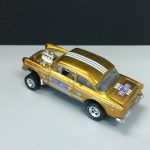 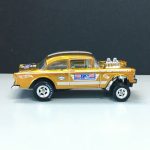 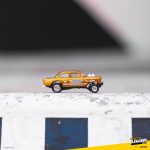 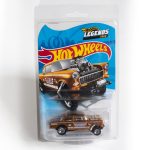