A team of General Motors engineers will soon take the new GMC Hummer EV to northern Michigan to put the battery-electric pickup truck through a grueling winter testing process ahead of its arrival late next year.

Despite the fact that the first GMC Hummer EV examples will be delivered to customers in about 12 months’ time, GM has so far done very little real-world testing for the electric truck. That’s because the automaker has been using new technology to start the Hummer EV’s engineering process virtually, which has been a key component to its rapid development.

GMC has now reached a point where it has to begin testing real prototypes for the vehicle, however. It is currently performing various validation tests with two pre-production prototypes at GM’s Milford Proving Ground facility in Michigan before it heads north for the aforementioned winter testing procedures. Images released by GMC this week show a white Hummer EV prototype cruising on the high-speed test track at Milford, performing a slalom run through some pylons and driving over a rough washboard road. 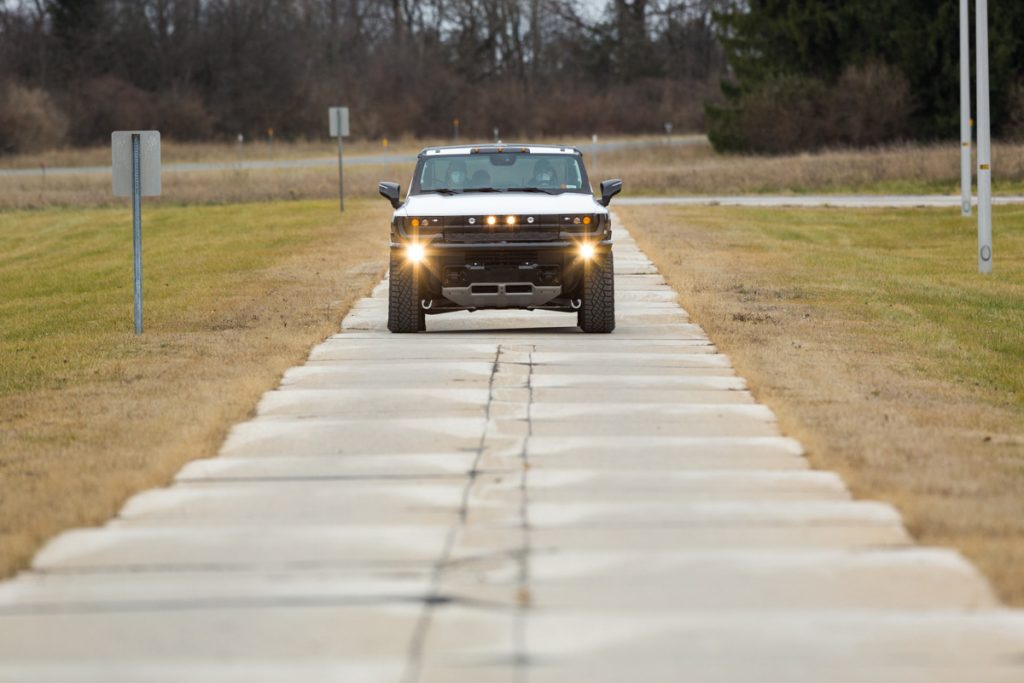 This winter testing gauntlet will be an important part of the Hummer EV’s development process. For starters, the Hummer EV is an off-road vehicle, so it must perform as advertised in wet, snowy and muddy conditions. Cold weather is also a bit of an Achilles heal for many EVs. Extreme cold can reduce the battery’s range and will sometimes have a negative effect on the performance of the electric motors, as well, so GM engineers will likely be looking for ways to address these potential problems during their time in Northern Michigan. 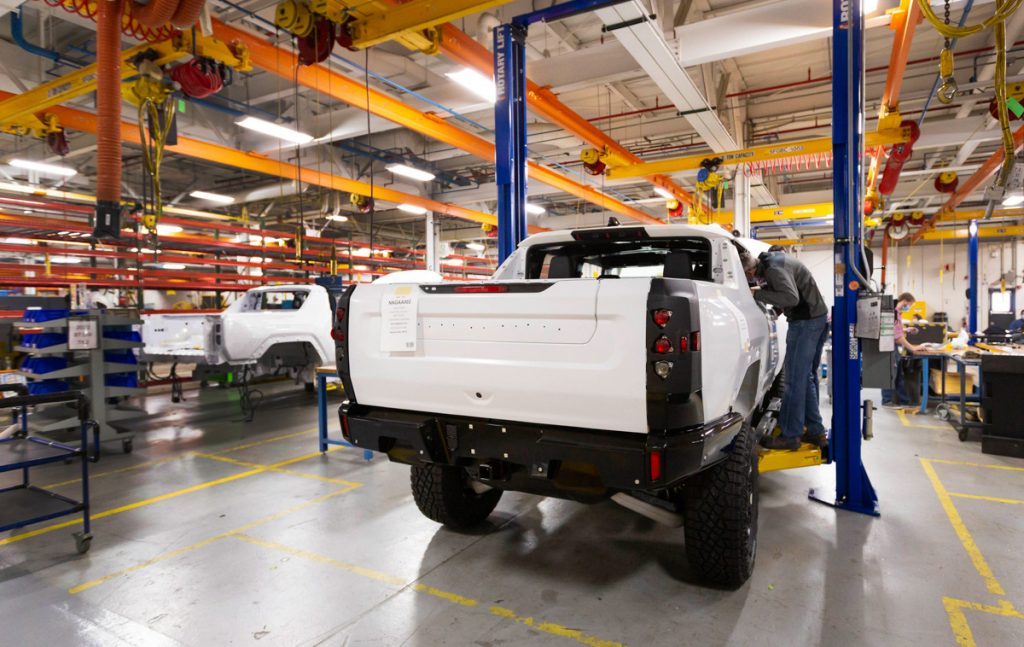 Customer deliveries of the GMC Humer EV First Edition will begin late next year. The First Edition models feature a tri-motor powertrain good for 1,000 horsepower and will be able to accelerate from 0 to 60 mph in around three and a half seconds.  All versions of the electric truck will ride on the GM BT1 architecture and will feature its new Ultium lithium-ion battery tech and Ultium Drive motors. Production will take place at the GM Factory Zero plant, formerly known as GM Detroit-Hamtramck Assembly, in Metro Detroit. 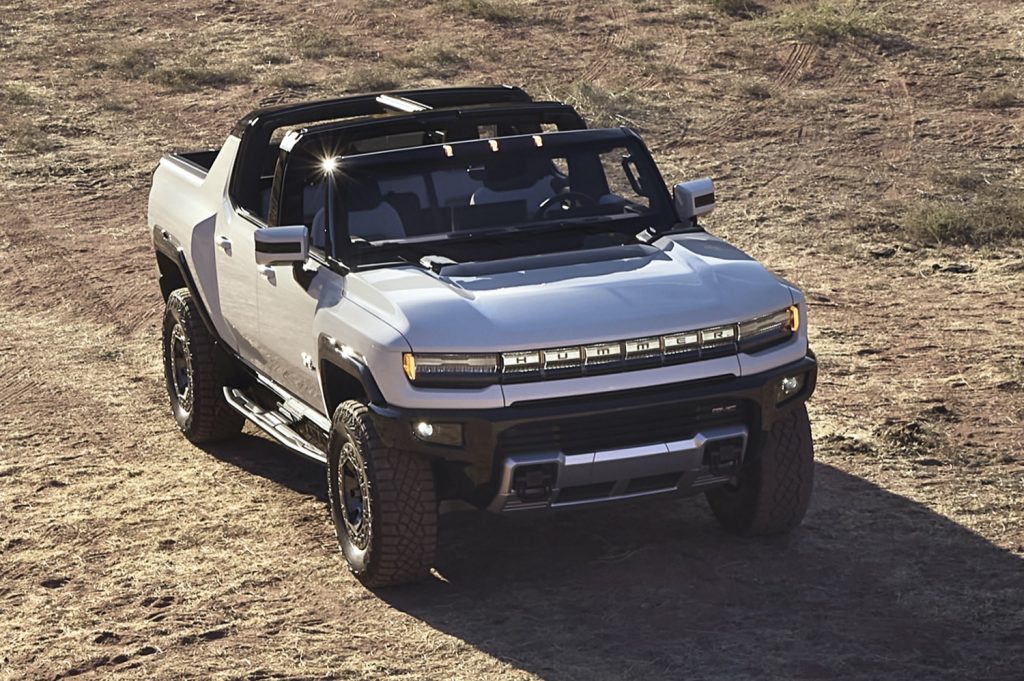 Check out the short 30-second clip of the GMC Hummer EV in action at Milford Proving Ground embedded below. GM says it will also document the vehicle’s winter testing process extensively and plans to share updates in the coming weeks and months as it makes headway in Northern Michigan.