The new C8 Corvette is a major break from tradition, transforming the Chevrolet Corvette nameplate with a brand-new mid-engine layout and even higher performance potential. With so much good stuff on offer, the C8 needed a modern exterior restyle to go with it, something that would accommodate the new powertrain placement. Now, we’re getting a look at a stylized C8 Corvette sketch, courtesy of GM Design. 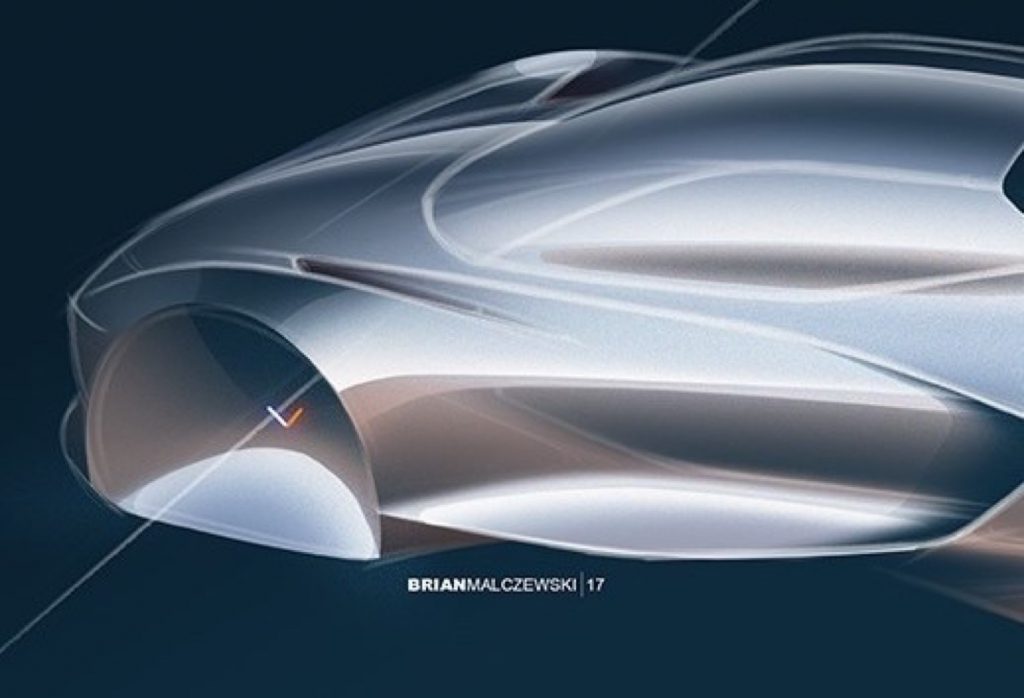 Recently posted to the official GM Design Instagram feed (@generalmotorsdesign), this C8 Corvette design sketch is highly stylized, showing off the overall shape of the new mid-engine Chevrolet Corvette, but without too many details. In fact, the sketch looks as though it shows a single hunk of aluminum that was whittled down to look like the new C8.

The proportions are pure mid-engine goodness, with the cabin moved forward on the body, pushing the eye towards a cone-shaped nose that slants down towards the pavement at an aggressive angle. The front end is flanked by two hugely flared front fenders, which wrap around a concave shape for the wheels. Inside the wheels, we find a V-shaped design that looks a bit like the crossed flag Corvette logo. 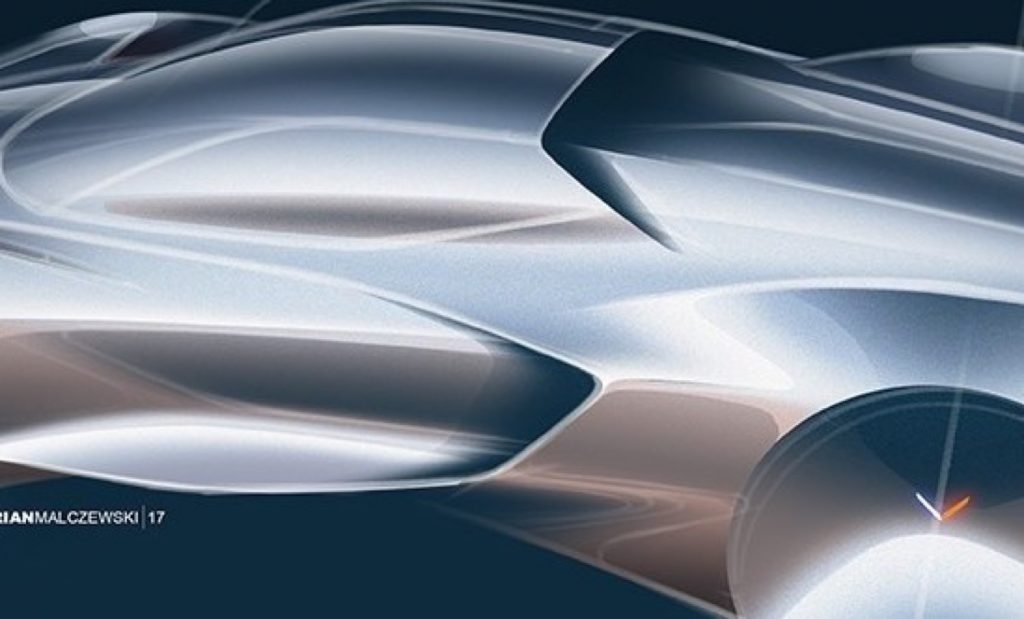 Moving along the profile of the sketch, we see a clear C8 Corvette design element in the prominent wide side intakes. The intakes flair out ahead of the rear wheels in a “boomerang” shape that adds tons of visual punch, while also teeing up the ultra-wide rear fender flairs.

The open space created by the side intake is shared by the top of the cabin, which falls away into a relatively flat rear deck lid. Finishing it all off is a blade-like rear spoiler section, which is complemented by thin tail lights and another V-shaped badge. Under the spoiler is the suggestion of a diffuser.

All told, the look is aggressive, sleek, and attractive – just like the C8 Corvette.