General Motors Design has uploaded to its Instagram page a short video which shows what appears to be a battery electric Cadillac autonomous vehicle of the future.

In the video, created by Cadillac studio intern Ryan Schlotthauer, the viewpoint starts above, and to the right rear of, a black, almost cuboid vehicle softly illuminated with pink light. As the viewpoint moves forward to the sound of computer-generated keyboard and string music, the Cadillac autonomous vehicle opens its cabin, revealing more pink lighting inside. The roof is hinged at the left and the very long door, which takes up most of the right hand side, is hinged at the rear.

They reveal a large space with seats almost level with the rear wheels and a large amount of space in front of them. During the video, more seats unfold from the still-covered front end of the car and briefly take up a position too close to the rears for comfort before sliding smoothly forward. The roof and door then close gently, and in the final moments of the video it is revealed that the Cadillac autonomous vehicle has tall, narrow front lights which give the car a distinct Cadillac feel despite a general lack of visible details. 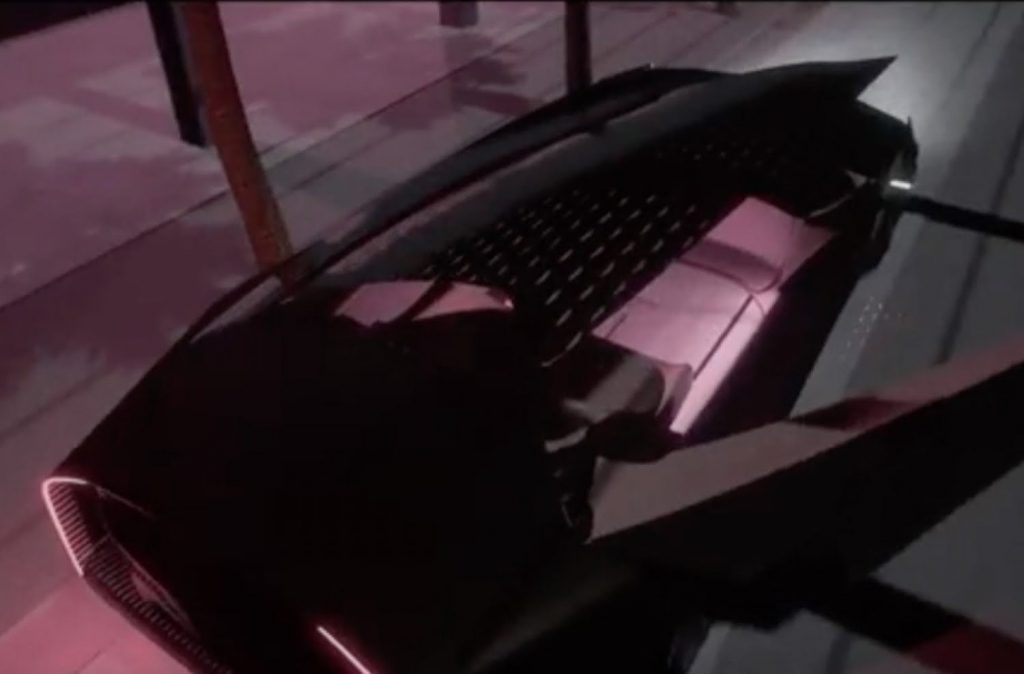 GM Design has not specifically stated that this imaginary model is either battery electric, like the upcoming Lyriq, or autonomous. Both of those are our guesses, based on the fact that there appears to be nowhere for an international combustion engine to go (there is an unseen space between the front wheels, but that’s where the front seats are stored) and no sign of any driver controls whatsoever.

GM Design labels this as a “concept proposal”, which means that it’s simply an idea that won’t be going into production in the foreseeable future, but that’s not what design studies are for. Instead, Ryan Schlotthauer’s work has made us think, and perhaps dream.