The GM Design Instagram page is often going through the automaker’s extensive archives to share sketches and photographs from throughout its interesting and extensive history.

With the holiday season almost upon us, the folks running the GM Design social media pages decided to share some photographs showing how the automaker’s design offices were decorated for Christmas in the 1950s and 1960s.

The first photo appears to be from the late 1950s, as we spot what looks to be a 1957 Cadillac Series 62 Convertible sitting in the middle of the room, which is joined by a Series 62 Coupe in the far side of the room, along with a Chevy Nomad and a Buick Roadmaster. 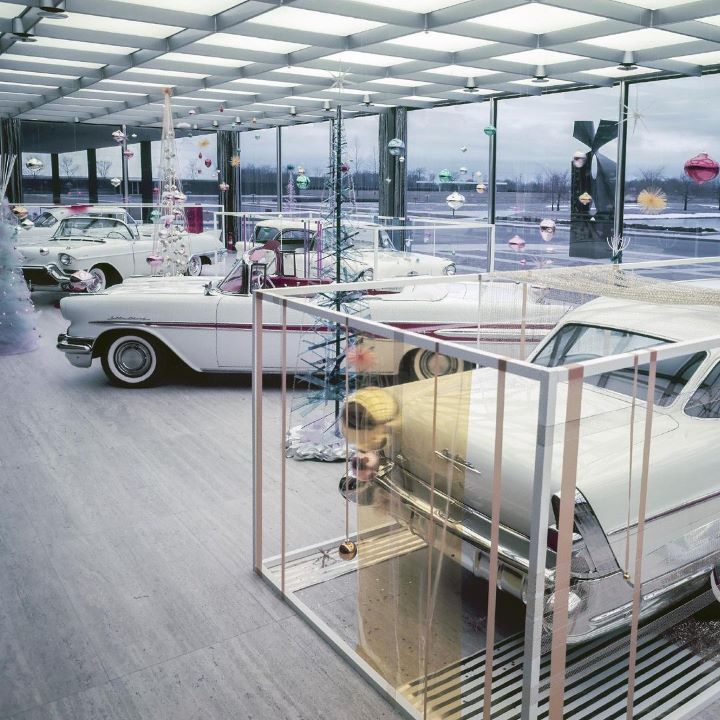 The middle photo may have been taken in the early 1960s, as it shows what appears to be a 1962 Oldsmobile Cutlass Convertible parked alongside some nutcrackers. It also looks as though the Oldsmobile was dressed up to look like a giant wind-up toy, as there appears to be a large wind-up handle sticking out from its rear end. 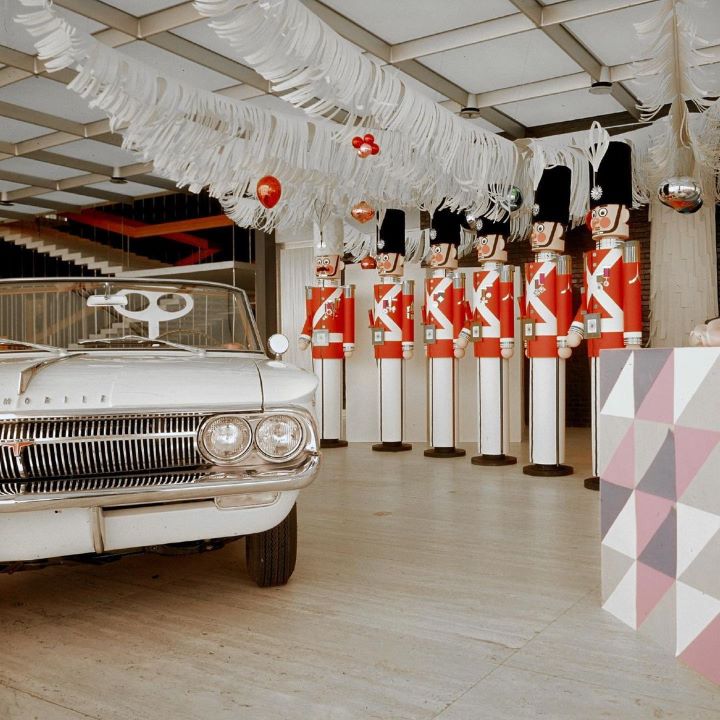 The third and final photo shows the iconic C2 Corvette Convertible parking net to a Christmas tree with a white ribbon wrapped around it and two red Poinsettas displayed on either side of it. GM Design also dressed up the lobby this year with some blue snowflakes hanging from the ceiling and blue ribbons and curtains. 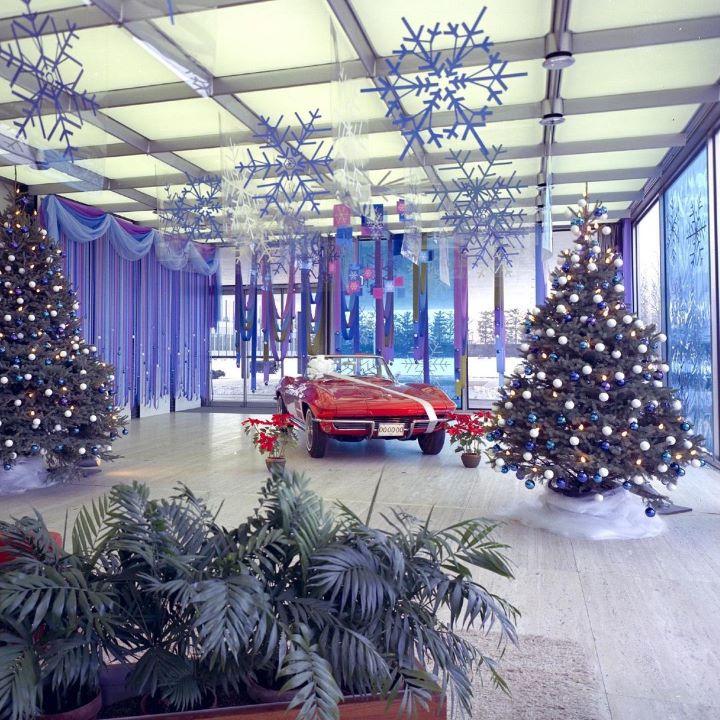 It seems unlikely that GM Design would have bothered to decorate its lobby for the holidays this year, as many of GM’s white collar employees are currently working from home due to the COVID-19 pandemic. The automaker said previously that the majority of its office employees will not return to the office until next summer at the earliest.