GMC and Buick have been recognized in the latest J.D. Power 2020 U.S. Sales Satisfaction Index Study. The two GM brands placed second and third respectively in the Mass Market segment.

The J.D. Power U.S. Sales Satisfaction Index looks at satisfaction among new-vehicle buyers and “rejectors” (or rather, a potential buyer who decides to purchase somewhere else) with regard to dealership sales experience. The study calculates buyer satisfaction using six individual factors, which, listed in order of importance, include “delivery process (28 percent); dealer personnel (21 percent); working out the deal (19 percent); paperwork completion (19 percent); dealership facility (10 percent); and dealership website (4 percent).”

Now in its 35th year, the latest 2020 study was based on responses from 35,816 buyers who purchased or leased their new vehicle between January and June of 2020. The study was fielded between July and October of 2020. The responses were then used to calculate a single score for each of the brands studied, with a total of 1,000 points possible. 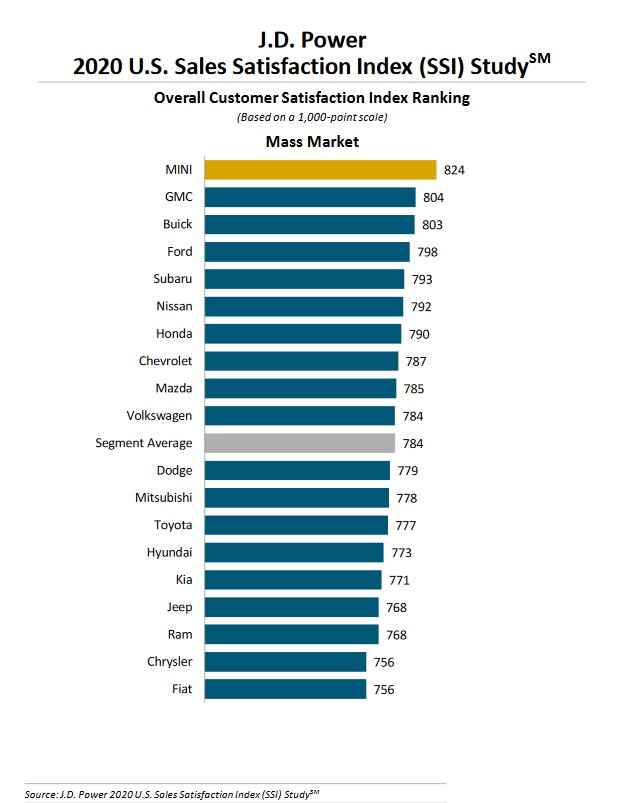 Another of the U.S. GM brands, Cadillac, was ranked fourth in the Luxury segment with 825 points. Infiniti and Porsche also scored 825 points in the segment, while Mercedes-Benz, Lexus, and Lincoln were ranked third, second, and first, respectively, with 826 points for Mercedes-Benz and Lexus, and 827 points for Lincoln. 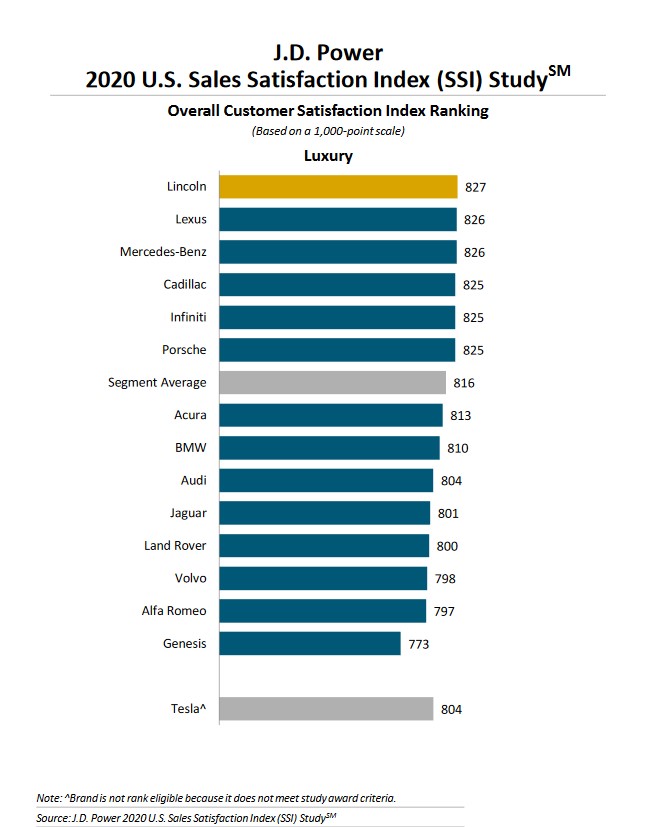 Among the 2020 study key findings was improved satisfaction among buyers participating in pandemic-related buying activities, such as completing paperwork online, as well as enhanced take rates among buyers who reviewed products online.