In the ’90s, Oldsmobile wanted to see if the public would respond positively to more performance-oriented offerings. To do so, it introduced several hotted-up OSV (Oldsmobile Special Vehicle) concepts, including the Alero OSV, Intrigue OSV, and Oldsmobile Silhouette OSV. The latter of these is currently on sale at Canadian car dealer Empire Motors. 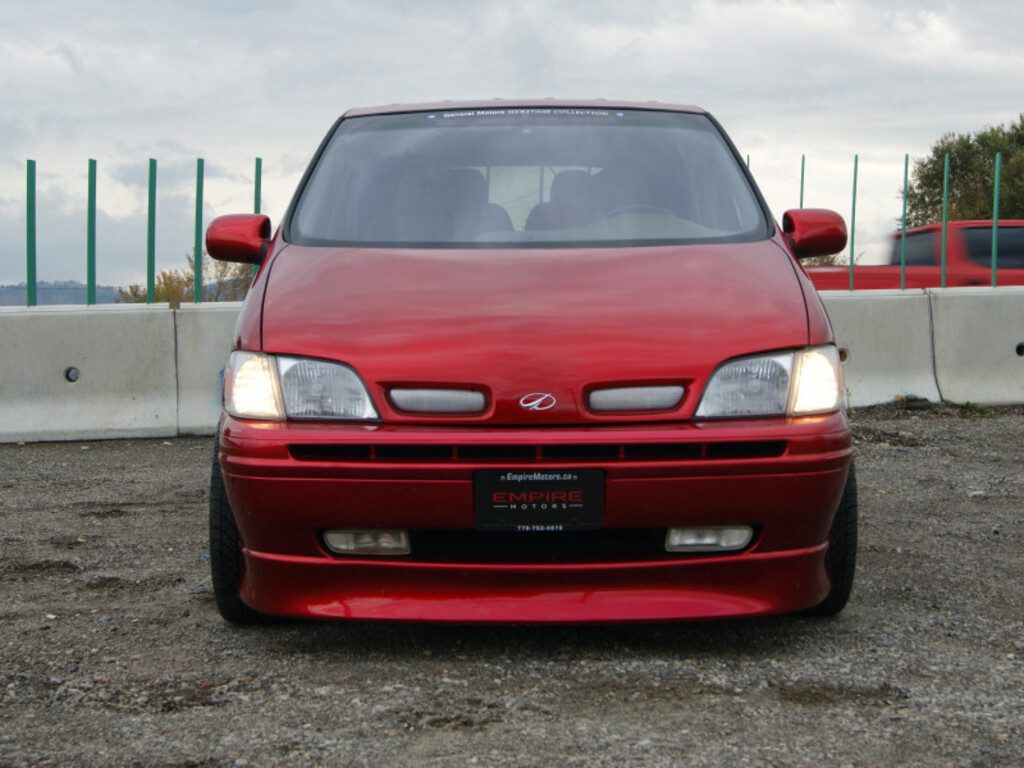 The Silhouette OSV was a styling exercise introduced during the 1999 Specialty Equipment Market Association show in Las Vegas. With a smidge over 114,000 miles on the clock, it’s currently selling for just $8,588 (whether that is in American or Canadian currency was not indicated). And judging from the pics, it has received better than average care, and likely won’t last long at that price. Even better, rumor has it that only one of three OSVs were ever constructed to carry a real title, this would indeed make for the most exclusive of family haulers. 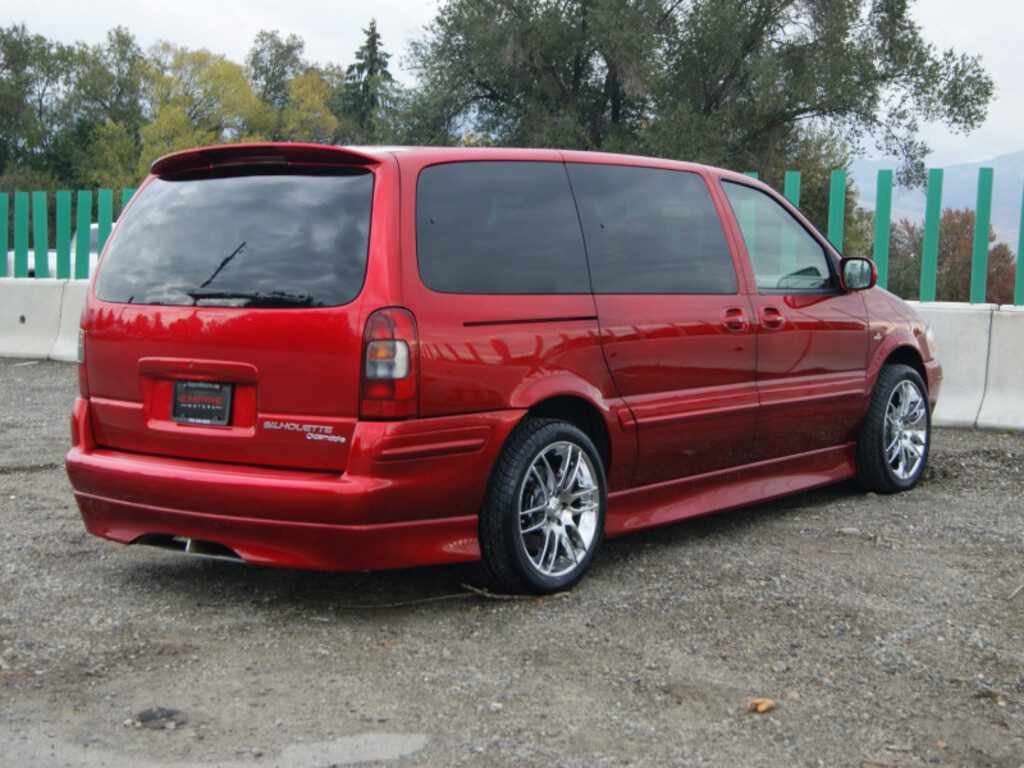 On the exterior, the Silhouette OSV got an aero kit, chrome wheels, and a surprisingly attractive red metallic paint job, all of which dressed up the Silhouette considerably.

The 3.4L V6 in the Oldsmobile Silhouette OSV was allowed to breathe more easily courtesy of a free-flowing intake and exhaust, bumping output from 185 to 210 horsepower. Brembo brakes were fitted at all four corners. Recaro seats, slathered in gray leather, replaced the stock units in all three rows. 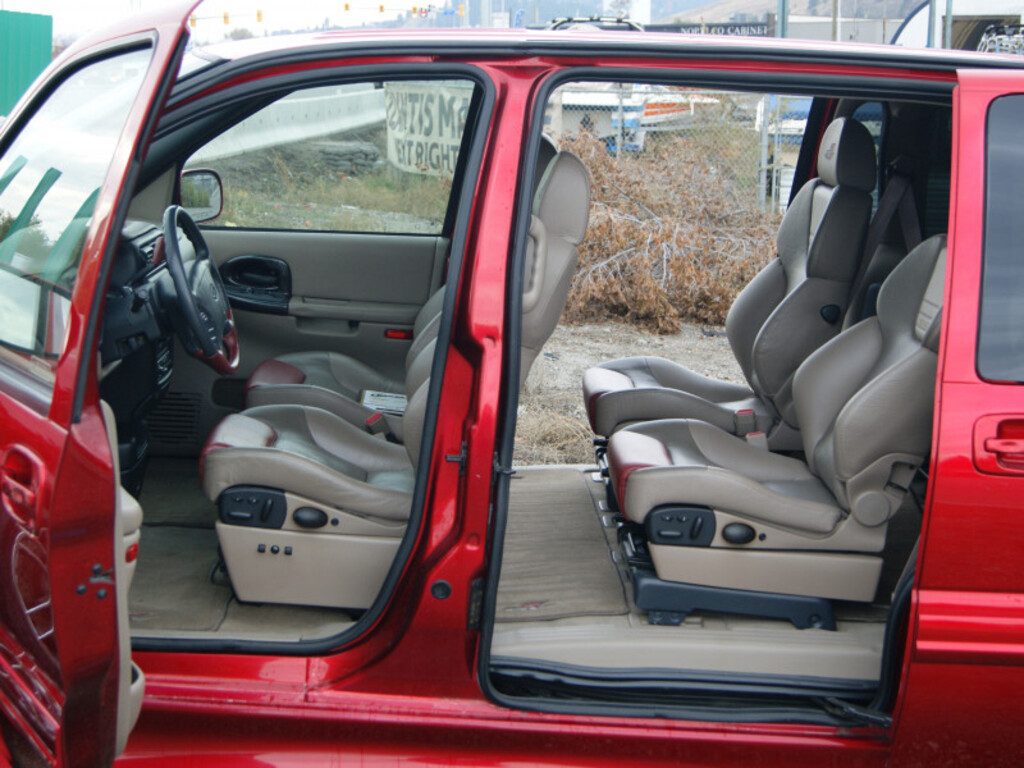 To understand how we got the Silhouette, let’s take a brief stroll through history.

In the 80s, GM was already making the Chevy Astro/GMC Safari minivans. These were more akin to light trucks, with rear wheel drive and a size similar to a short wheelbase Chevy/GMC Van. Then came along Chrysler, with a runaway hit of ultra-modern family movers, and GM needed something to compete. So it developed a new series of “wedge-shaped” vans as a direct answer to the similarly-sized Chrysler minivans. 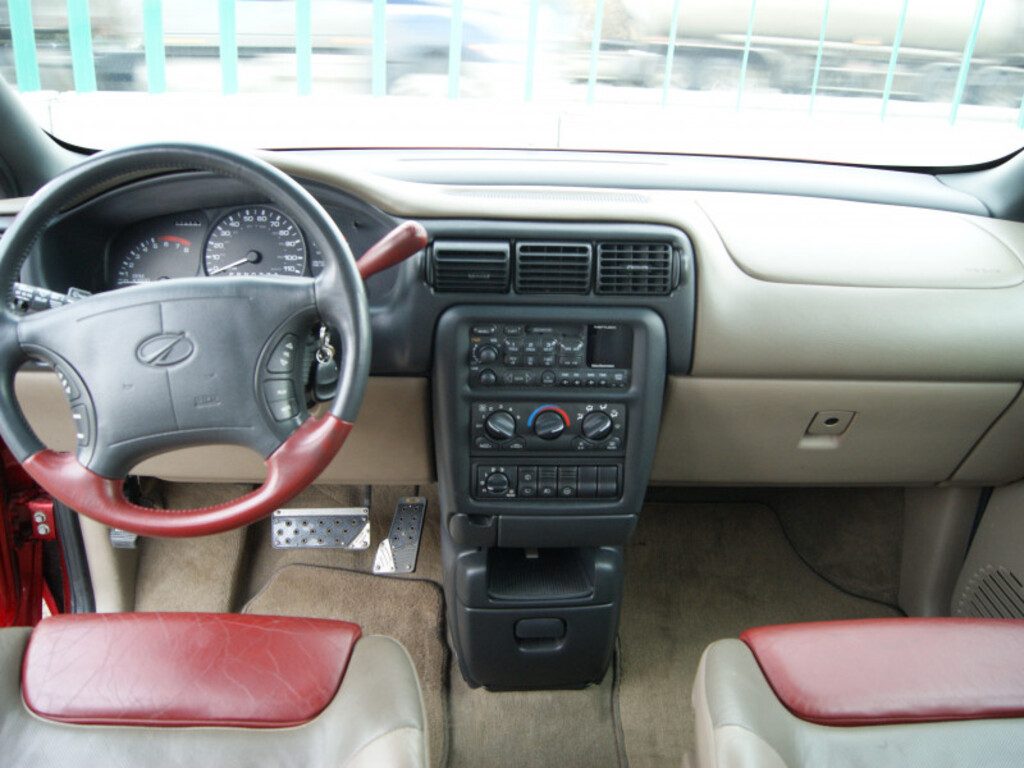 The wedge-shaped models were produced from 1990 to 1996, with a re-style in 1993. In 1997, the Silhouette, along with its other GM brethren, received a full redesign. Having ditched the first generation’s funky styling, the new vans were much more attractive, and the example we see here goes a long way to re-capturing some of the sexiness of that sleek concept. 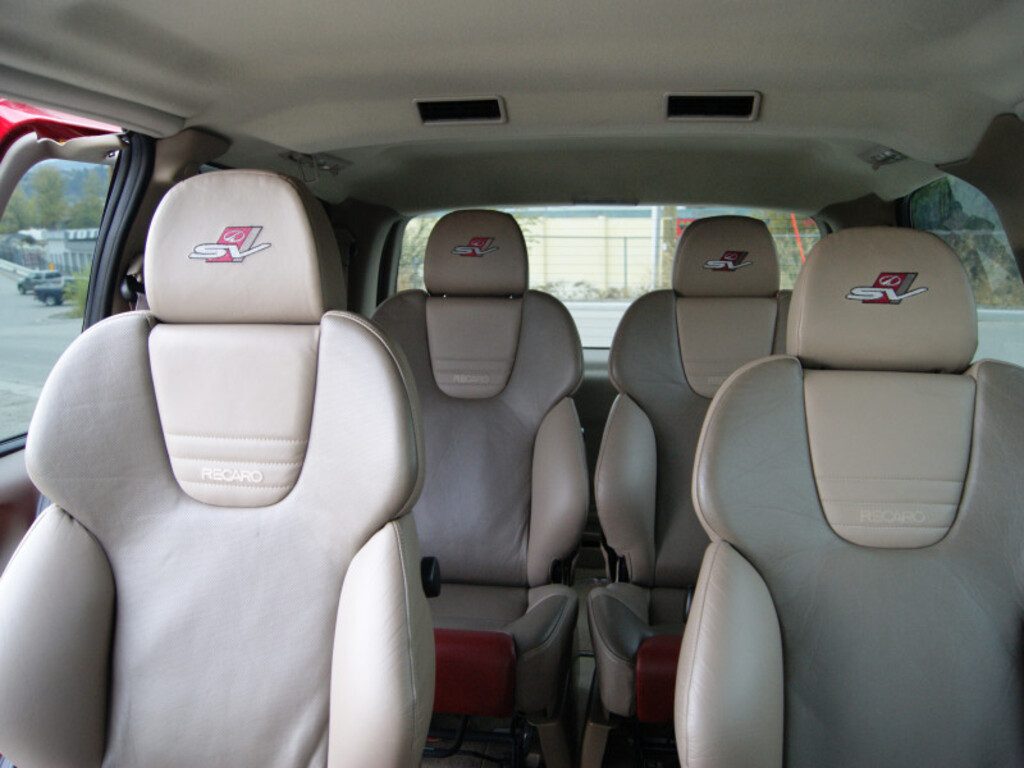 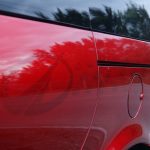 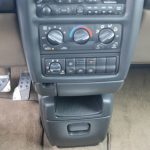 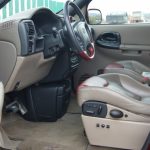 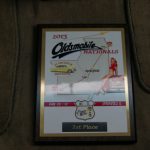 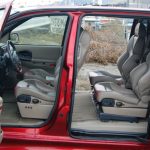 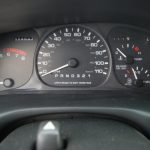 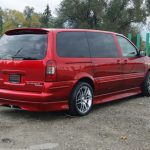 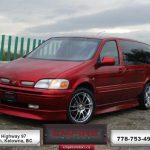 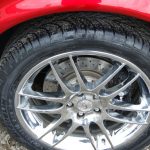 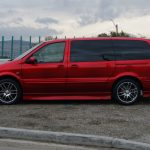 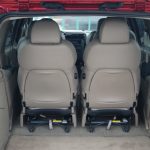 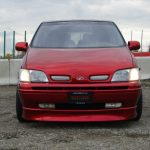 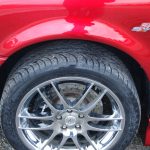 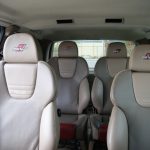 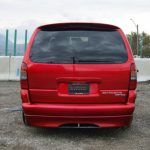 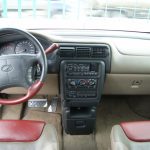 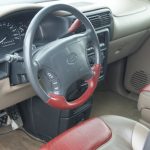