The ELMS UD-1 is a low-cost electric utility van that will use a lithium-ion battery supplied by Chinese battery manufacturer CATL. The van, which will start at $32,500 before tax credits, will have an estimated driving range of around 150 miles and will be capable of performing over-the-air software updates. 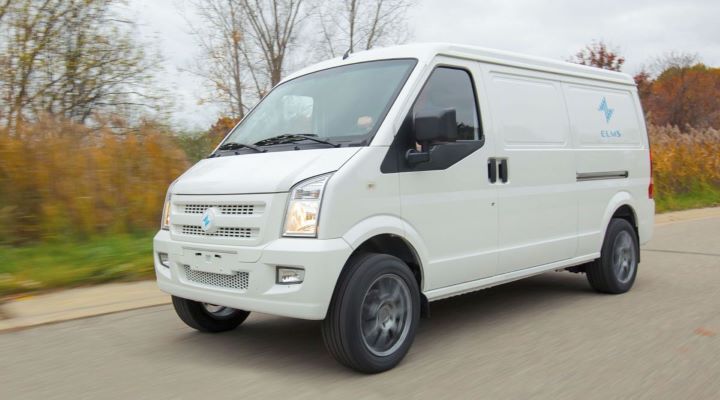 While ELMS is a Chinese company, the automaker has a U.S. base in Auburn Hills, Michigan and is currently in the process of closing a deal to acquire the former Hummer plant in Mishawaka, Indiana to produce the UD-1 and a future Class 3 electric that it plans to launch in late 2022. The Hummer plant is currently owned by fellow Chinese heavy industry company Chongqing Sokon Industry Group Stock Co Ltd.

According to Reuters, ELMS will receive $379 million gross proceeds from the merger, including a $155 million cash injection from a variety of investors. French asset management firm BNP Paribas is said to be among the initial investors in the Chinese start-up.

The ELMS UD-1 will face stiff competition in the United States from brands like Ford and Mercedes-Benz, which are both planning to launch their own electric utility vans in the U.S. in the near future. GM is also plotting its own battery-electric utility van, although the vehicle is not expected to arrive until mid-decade. This unnamed electric van should also serve as an indirect replacement for the internal combustion engine Chevy Express and GMC Savana vans, which are expected to go out of production once the future electric van hits the market.

An estimated 4,100 examples of the ELMS UD-1 are expected to roll off the automaker’s Indiana production line before the end of 2021. The facility has a maximum annual production capacity of about 100,000 vehicles per year.

ELMS is one of a handful of  electric vehicle startups that are trying to break into the U.S. market. Last year, another fledgling Chinese EV maker called SERES hired former Hummer CEO James Taylor to help facilitate its eventual U.S. launch. At the time, Taylor said he was “deeply impressed,” by the technology that SERES had developed and said he believed the company could be successful in North America both as a vehicle manufacturer and a supplier of batteries/EV motors.

Look for the first examples of the ELMS UD-1 to hit U.S. roads in Q3 of next year.