London-based digital artist Al Yasid Oozeear does not like the GMC Hummer EV. It’s not that he has a problem with electric vehicles. It’s just that he thinks the design of the upcoming model is “too generic, too tamed.” To show what he means, he’s uploaded a rendering of what a Hummer H1 pickup of today might look like to his Instagram page, as reported by Hummer Nation. 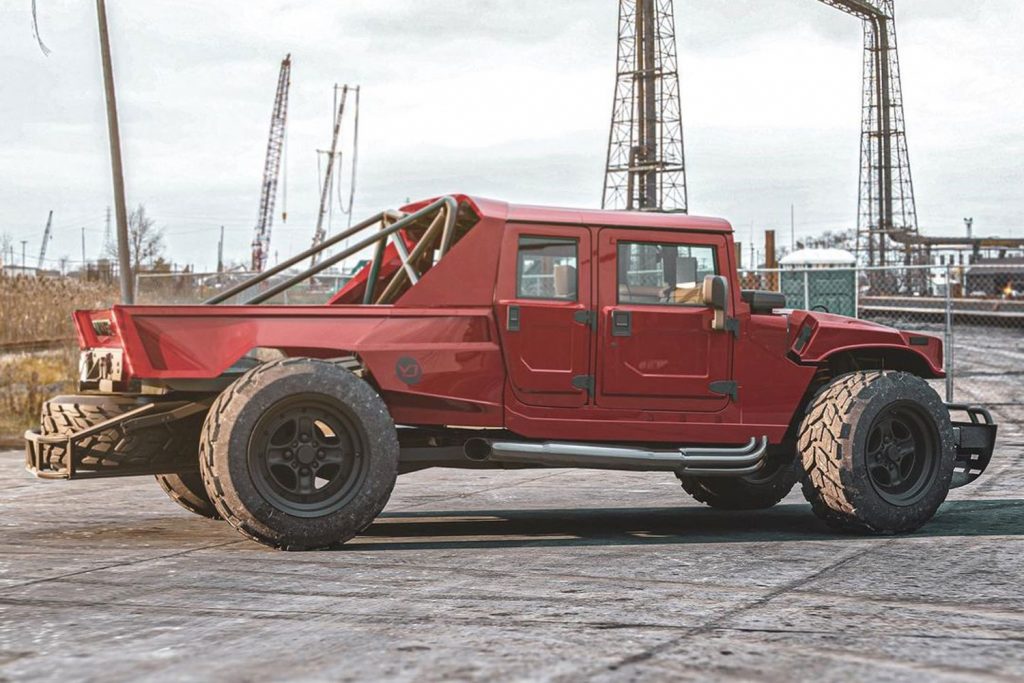 And we think it looks pretty good. It has an aggression that even the original Hummer H1 pickup couldn’t quite achieve, with enormously wide wheels and seriously chunky tires extending way past the edges of the body. Also breaching the body limits in a big way are a bash bar that could almost double as a snow plow up front and a spare wheel carrier at the rear.

The rendering shows a four-door body, but with shortened rear doors leaving space for an extended bed section. Exhaust pipes run under the doors on each side, and since they appear to be completely unsilenced, we imagine that this Hummer H1 pickup would sound even better than it looks. 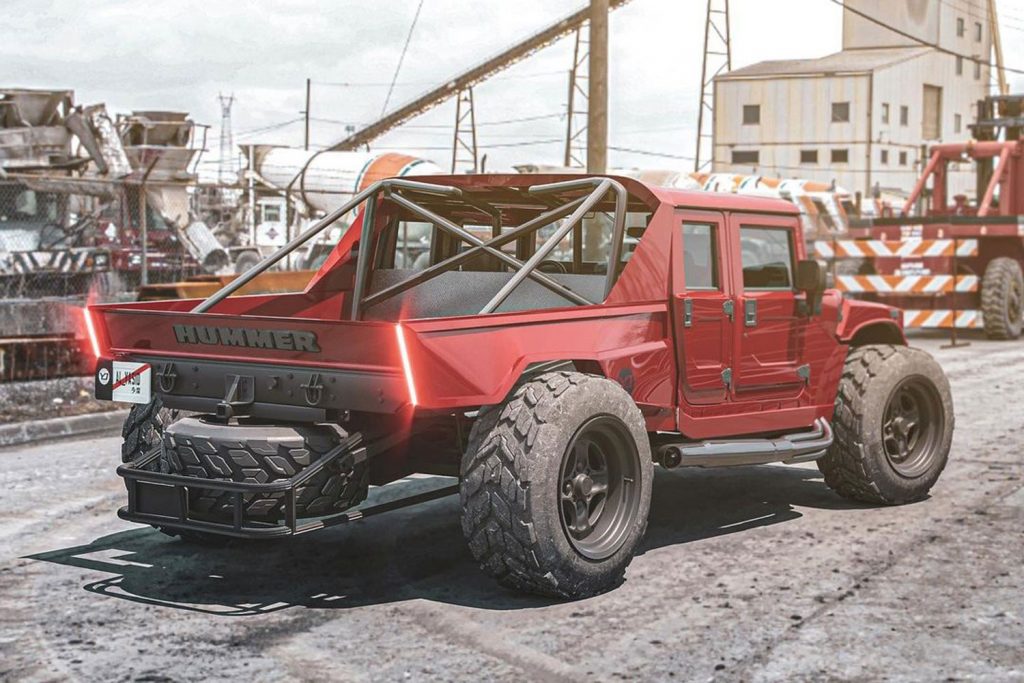 In fairness to the EV, it’s not the only Hummer Al Yasid Oozeear doesn’t like. He’s not fond of the H2 or H3 either. “I wish they’d go back to the H1 with the sharp edges and corners rather than trying to polish everything all the time,” he writes, adding that the H1 design is “absolute perfection.” Even people who don’t think this describes his Hummer H1 pickup rendering would have to admit that he has avoided making it “too generic, too tamed.”

The Hummer H1 was the civilian version of the military vehicle known colloquially as Humvee (actually HMMWV, standing for High Mobility Multipurpose Wheeled Vehicle). It was introduced by AM General in 1992 and taken over by General Motors seven years later. GM discontinued production in 2006, by which time it was already selling the Hummer H2. 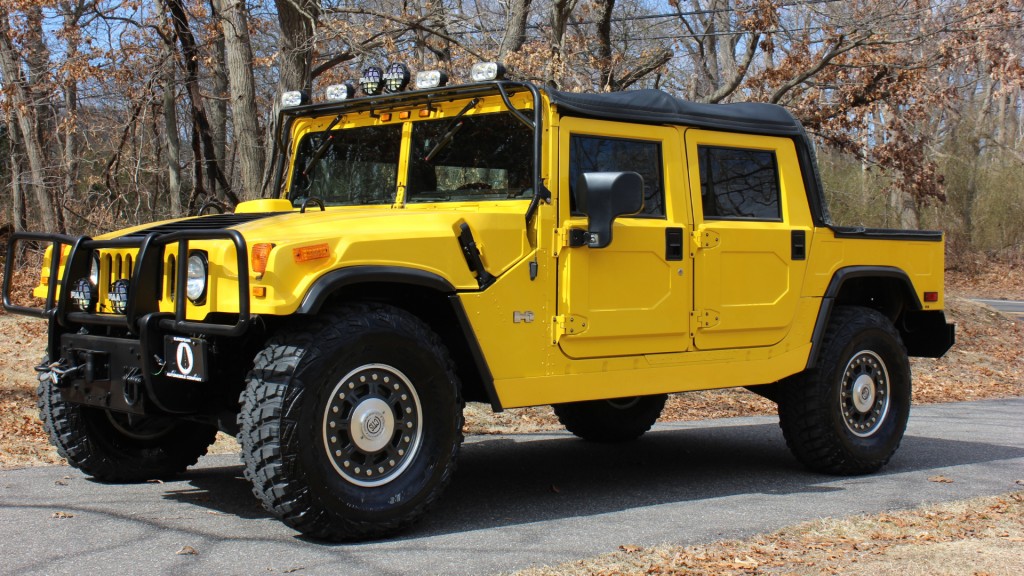 The H1 was offered in various body styles with two or four doors. The smallest available engine, and the only one fueled by gasoline, was the 5.7L L05 V8 Chevrolet Small Block. The largest was the turbocharged 6.6L LLY V8 diesel Duramax also offered in the Chevy Silverado HD and GMC Sierra HD.