Buyers can’t get enough of the new Chevy Blazer crossover, with units flying off lots at an impressive rate. Sales are so strong, dealers are running very tight inventory at the moment.

Typically, auto dealers in the U.S. hold about 65 days’ worth of sales with regard to specific model inventory. By comparison, Chevy Blazer inventory was running at about 33 days’ supply, as of the beginning of December.

Anything below a 60-day supply in inventory indicates high demand, low supply, or a combination thereof. While the COVID-19 pandemic has undoubtedly had a profound effect on supply, the low Chevy Blazer inventory is also affected by soaring sales for the crossover.

As GM Authority covered back in October, Chevy Blazer sales jumped to second place in the Two-Row Midsize Mainstream Crossover segment in the third quarter of 2020, with 29,486 units sold in the U.S., up more than 45 percent compared to the same time period in 2019, while also scooping up an additional 2.2 percent of retail market share in the mainstream crossover segment. 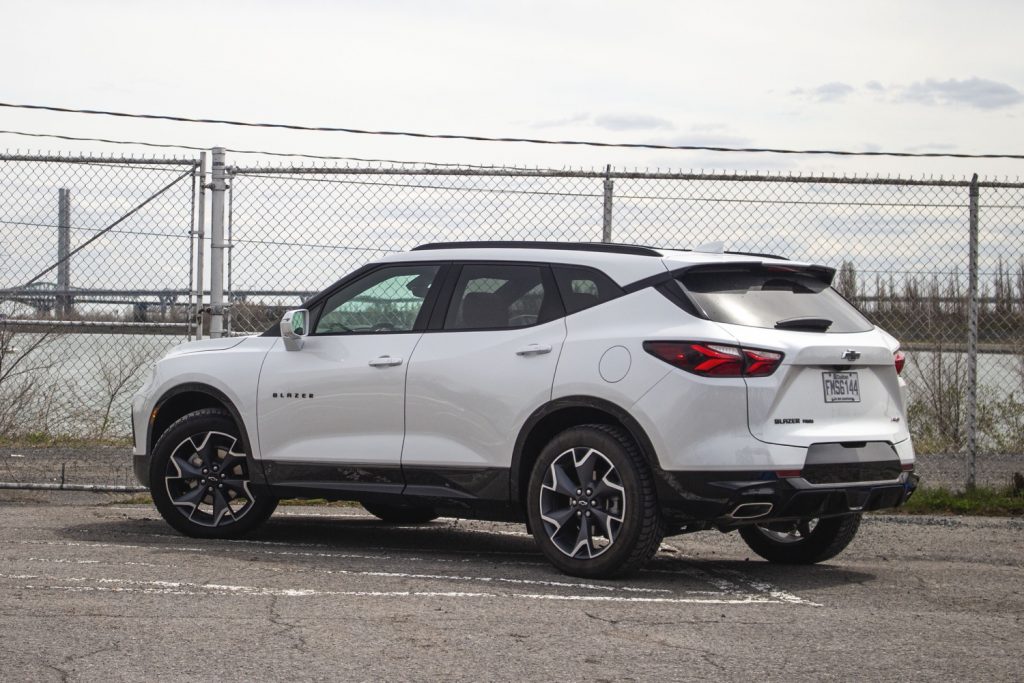 Not only is the Chevy Blazer killing it in sales, it’s also a conquest monster, with nearly half of all Chevy Blazer customers new to the Chevrolet brand, as GM Authority exclusively reported late in October. Interestingly, the impressive sales performance isn’t eating into sales of the GMC Acadia, likely a result of the different seating capacities between the two crossovers.

General Motors reintroduced the Chevy Blazer nameplate for the 2019 model year, with the latest 2021 model year offering three engines, namely the naturally aspirated 2.5L I4 LCV, the turbocharged 2.0L I4 LSY, and the naturally aspirated 3.6L V6 LGX. Under the skin, the Blazer rides on the GM C1 platform. Production for North American markets takes place at the GM Ramos Arizpe factory in Mexico.