The Chevrolet Corvette C8 brings the heat with a fresh mid-engine layout and the high-performance, naturally aspirated 6.2L V8 LT2 powerplant, offering exotic-style performance and breaking from the traditional front-engine formula. Long story short, the new C8 offers loads of brand-new goodness, but packaging all that into a design that not only accommodates the next-generation innovations, but also pays homage to Vettes of the past is no easy feat. Now, Chevy is detailing the development of the C8 design in the following brief documentary video. 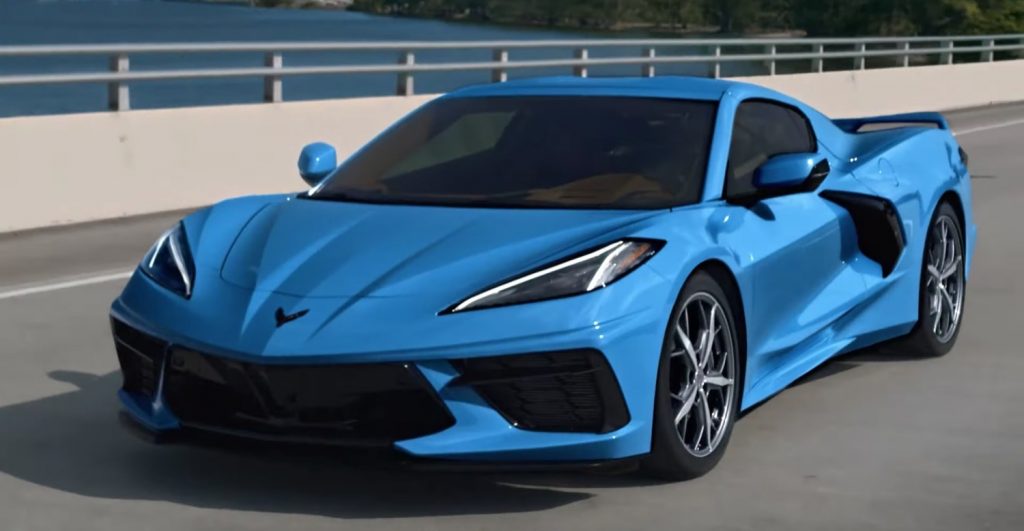 Clocking in at just over nine minutes, the new Chevrolet Corvette documentary includes insights from several prominent members of the Corvette development team, including the former Director of Exterior Design, GM Performance Car Studio, Tom Peters. As GM Authority covered previously, Peters is now the new Consulting Curator of Exhibits at the National Corvette Museum, but prior to his latest appointment, he played an integral role in the design of numerous Corvette generations. As Peters explains, each Corvette generation contains “a few significant, key design elements” that allow the viewer to trace the vehicle’s heritage.

“What are those elements throughout the years, whether its proportion, surface, graphics, that you can identify and then distill down to their basic elements in a timeless way,” Peters explains.

Further influences include fighter aircraft, which relate to the new Chevrolet Corvette in terms of high-performance and a purpose-driven design. Corvette’s racing history also played a significant role in the design of the new C8.

The documentary also talks to Color and Trim Design Manager, Global Chevrolet at GM, Brett Golliff, who talks about the evolution of the Chevrolet Corvette.

“Obviously it’s a shift in where we’ve placed [the] motor, but the reality is what caused that shift was what you saw grow from four to five to six to seven,” Golliff says. “We peaked out where we were at and it was time to move on.”

There’s a lot to unpack in the doc, so hit play to experience it yourself. For Chevrolet Corvette C8 fans, this is a must-watch.