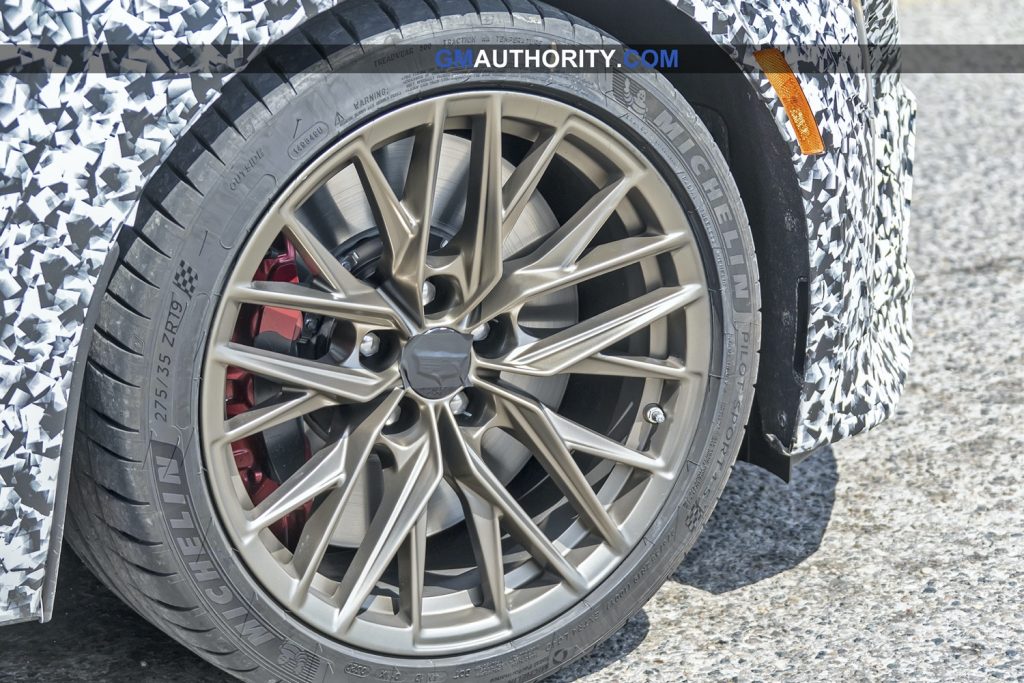 The magnesium wheels on the CT5-V Blackwing prototype are 19 inches in diameter and have a multi-spoke design with a satin bronze finish that contrasts nicely with the red brake calipers behind them. They are wrapped with Michelin Pilot tires measuring 275-30 at the front and 305-30 at the rear, which is wider than the rubber fitted to the third-gen CTS-V high-performance sedan. 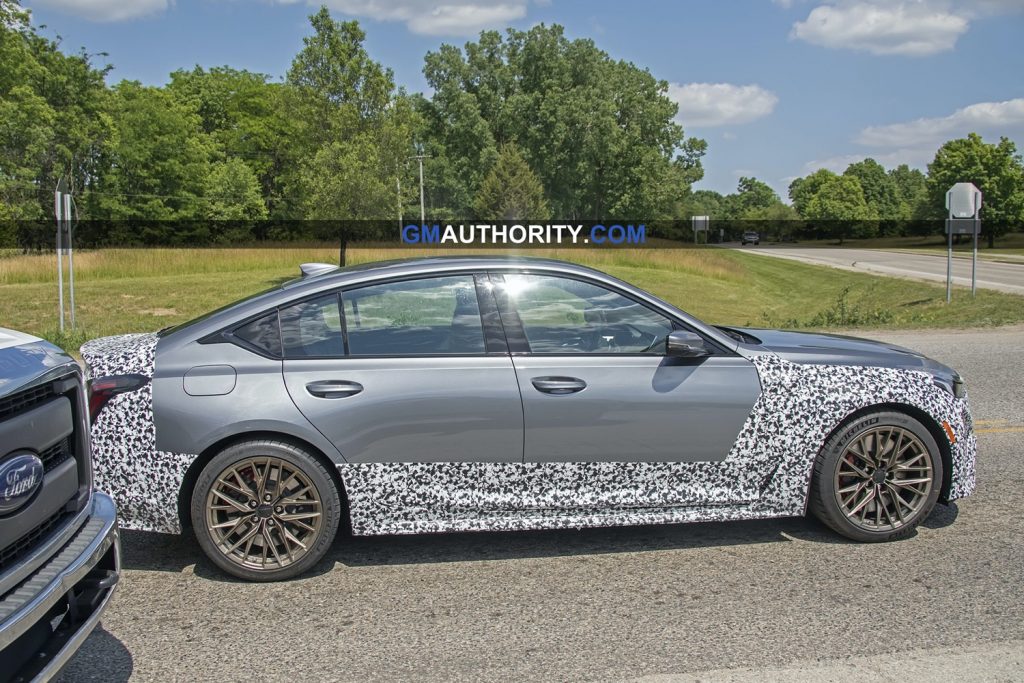 Since magnesium has the highest strength-to-weight ratio of any metal which could reasonably be used for making wheels, the optional rims are lighter than the stock aluminum items. This will help in the handling department, and to some extent their straightline performance. A possible disadvantage is that lower unsprung weight usually leads to inferior ride quality, but this could be compensated by the fact that magnesium has a high damping capacity. In other words, it converts movement into heat, which is rapidly dissipated by the surrounding air.

With or without magnesium wheels, the Blackwing models will be the high-performance variants of the CT4-V and CT5-V. The Blackwing name was previously used for the twin-turbo 4.2L LTA V8 engine which was rated at 500 horsepower and 553 pound-feet of torque when fitted to the discontinued Cadillac CT6 4.2TT Platinum and 550 horsepower and 627 pound-feet in the CT6-V.

Cadillac has said that the decision to offer magnesium wheels on these cars was inspired by the fact that similar items are also fitted to the Cadillac DPi-V.R race car. The DPi-V.R has won the Prototype class of what is now known as the IMSA WeatherTech SportsCar Championship every year since 2017. 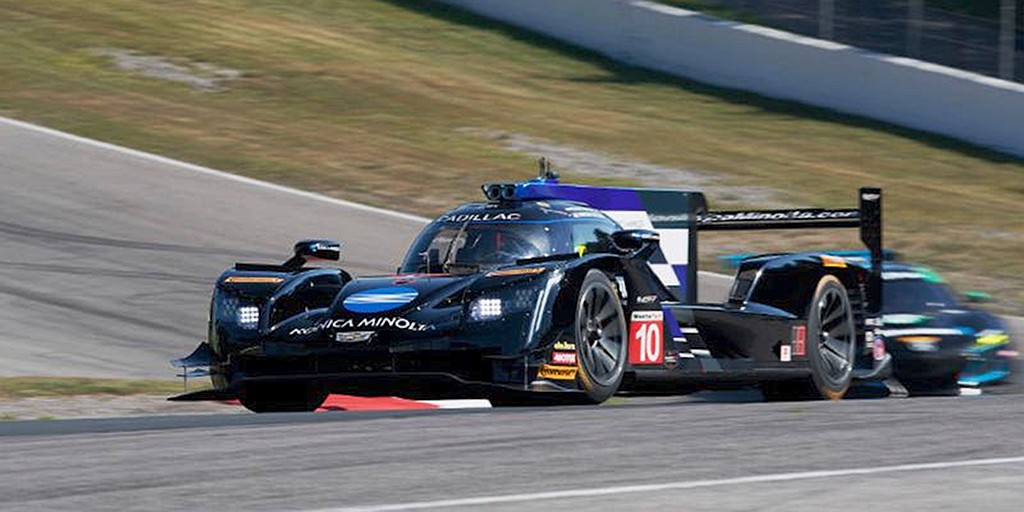 The CT4-V Blackwing and CT5-V Blackwing are both set to launch in the summer of 2021 as 2022 model year cars. Both will offer the magnesium wheels as an option.