This truly immaculate 1970 Chevelle Custom Coupe is sure to be one of the most closely followed lots at Barrett-Jackson’s upcoming Scottsdale Auction. 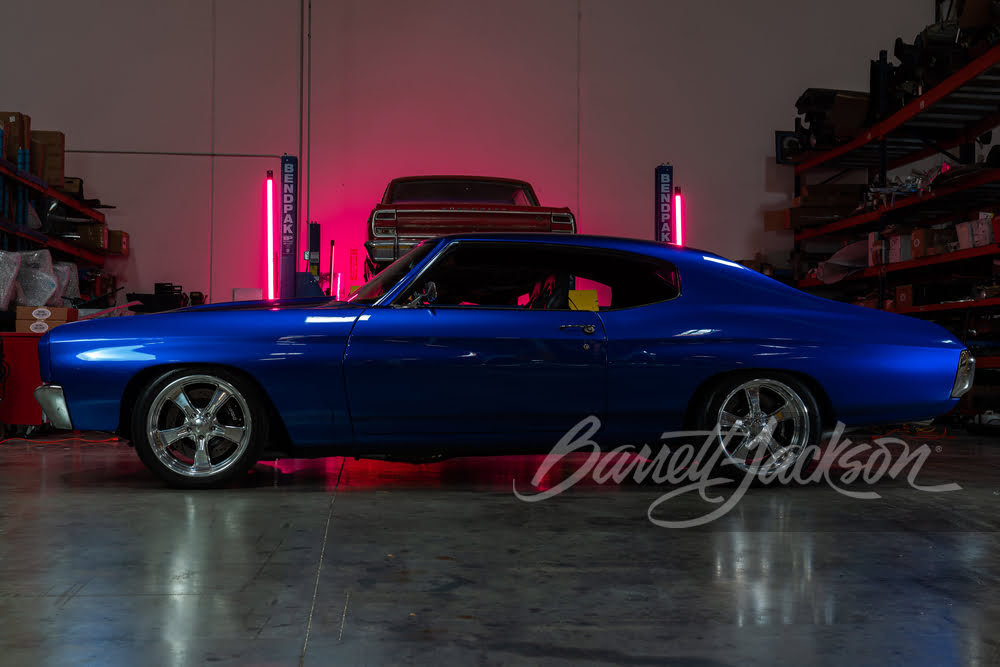 The track-ready 1970 Chevelle was hand built by the craftsmen at Modern Motoring in Orange, California. Under the hood lies an electronic fuel-injected 540ci (8.8L) Chevrolet Big Block V8 which produces 612 horsepower and 575 pound-feet of torque at the wheels. On an engine dyno, the power output has been measured at 686 horsepower, with a torque figure of over 600 pound-feet all the way from 2,000 to 5,900 rpm. 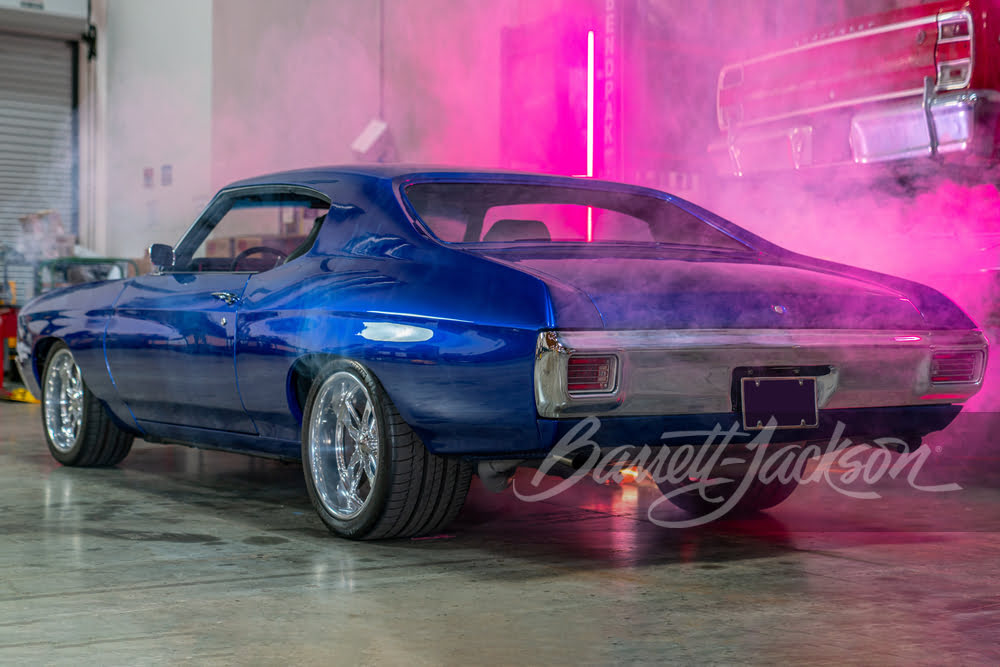 The 1970 Chevelle has a custom interior which features Cerullo XR Sport seats, Sparco harnesses, LED lighting and an Alpine R Series 1400-watt Bluetooth sound system with a seven-inch touchscreen and Apple CarPlay integration. The touchscreen can show footage from BlackVue camera systems at the front and rear, plus a rear license plate back-up camera. 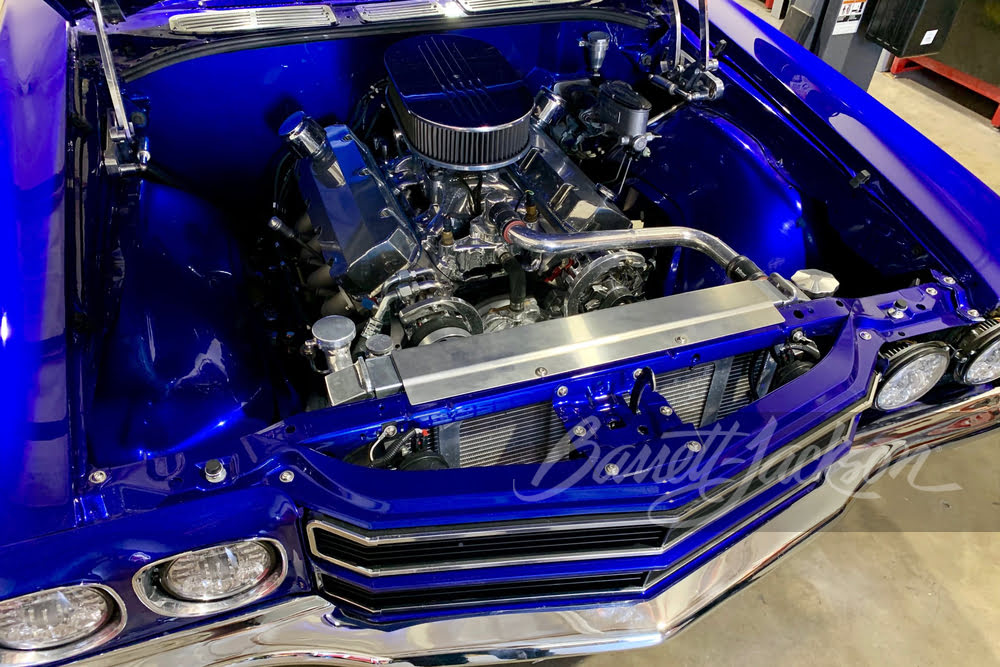 The Chevy’s Lexus Structural Blue paint job, which is said to have cost $50,000, is water-based and uses powdered glass instead of metal flake. The intended effect is an extreme color shift effect to match that of the Morpho butterfly. The painted surfaces, wheels, glass, chrome surfaces and firewall have all been treated with Ceramic Pro 9H nano coating.

Since its completion, the 1970 Chevelle has been driven 2,500 miles, though this is perhaps difficult to believe considering its extraordinary condition, as shown in Barrett-Jackson’s YouTube video.

The 2021 Barrett-Jackson Scottsdale Auction will take place in Scottsdale, Arizona, from January 16th to 23rd.

The ’70 Chevelle was part of the model’s second generation which was sold in the 1968 to 1972 model years. Changes for 1970 included sheetmetal revisions to give a more coke-bottle style and a redesigned interior. Like the Modern Motoring car, the stock vehicle was available with the Chevy Big Block, but the largest capacity used was 454ci (7.4L), and the highest claimed power output was 450 horsepower for the LS6 version with high compression and solid lifters. 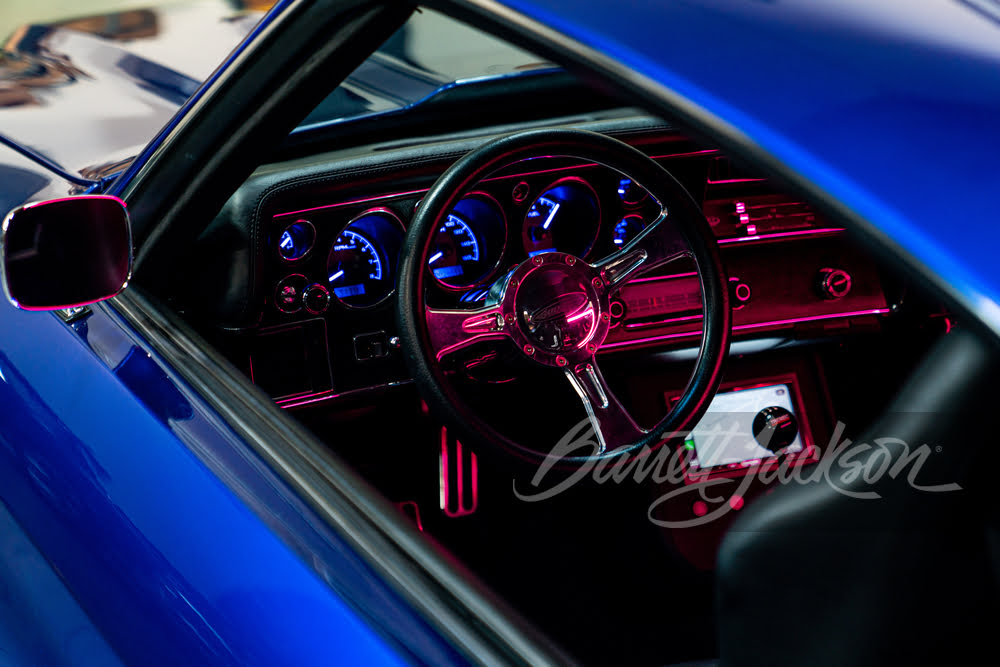