If you’re looking to build a hugely powerful diesel engine, the kind of thing that’s suited to drive a monster truck, then Gale Banks and the folks over at Banks Power are the wrenches you want in your corner. Banks has spent the last several months working on a new 7.0L V8 Duramax diesel engine, with plans to drop the ‘eight into a Monster Mutt Dalmatian team monster truck set to compete in Monster Jam. Now, Banks is providing an update on the build with a video documenting how his team managed squeeze 1,200 ponies from the diesel-powered V8. 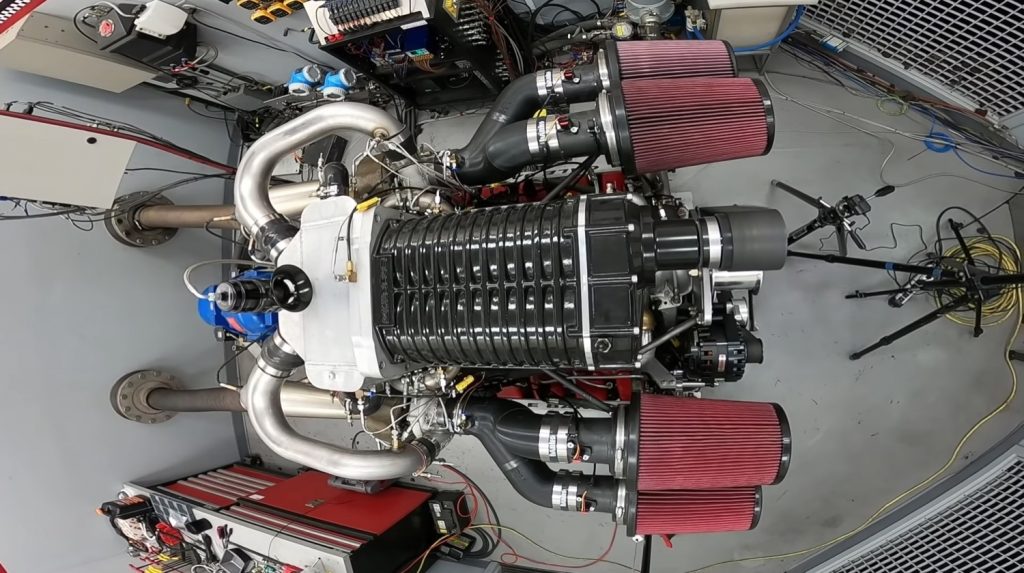 As GM Authority covered previously, Banks’ monstrous 7.0L Duramax diesel engine was fitted with two Precision turbochargers, as well as a mammoth twin-screw supercharger, essentially making the engine “twin-charged.” Supporting upgrades include a Banks wide gear oil pump, a Banks Generation 1 military oiling system, an aftermarket high-pressure fuel injection pump, and a long list of complementary extras. Now, this diesel engine is on a whole other level in terms of output and potential.

Naturally, in the quest to make not only big power and torque, but also razor-sharp throttle response, Banks is spending plenty of tuning tuning and testing his latest creation. That’s where the following video jumps in. 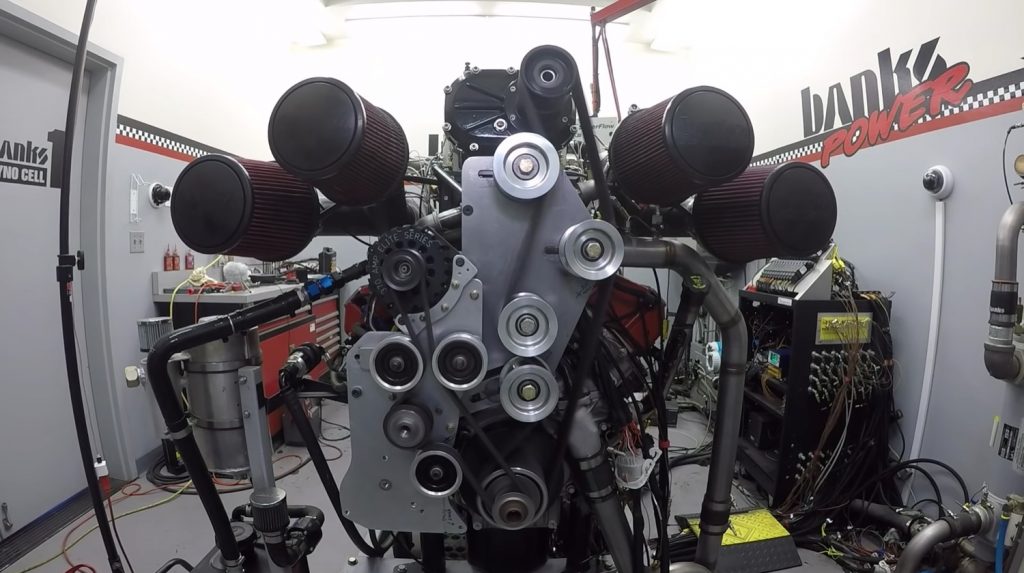 “There’s something weird going on here,” Banks says during the video introduction. “I keep backing down the blower speed, then we’re making more horsepower! What?!”

It looks as though it has something to do with the way in which the turbos interact with the supercharger, an issue that Banks investigates armed with a ton of data and decades of engineering know-how. 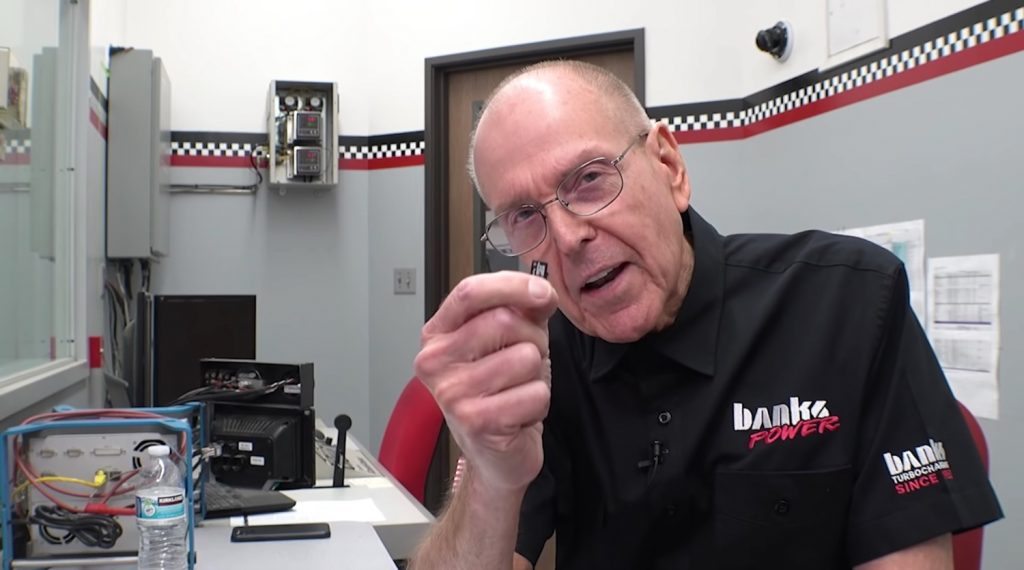 For those folks out there eager to learn more about Banks’ incredible new Duramax engine, this video provides a wealth of insight and info, as well as a look at the thought process that Banks employs when confronted with results a bit out of the ordinary.