A totaled 2020 Corvette Stingray was recently spotted being hauled away from the scene of the accident by a vintage Chevy C50 flatbed that appears to still be running strong and serving its owner well.

While a crash involving a 2020 Corvette is no longer very newsworthy (we’ve seen no shortage of big wrecks involving the new mid-engine Corvette, after all), we decided to shed some light on this crash due to the aforementioned Chevy C50 flatbed that showed up to bring it to the junkyard.  This achingly cool old wrecker has a perfect patina finish and appears to still be reliably hauling crashed vehicles despite being nearly 60 years old. 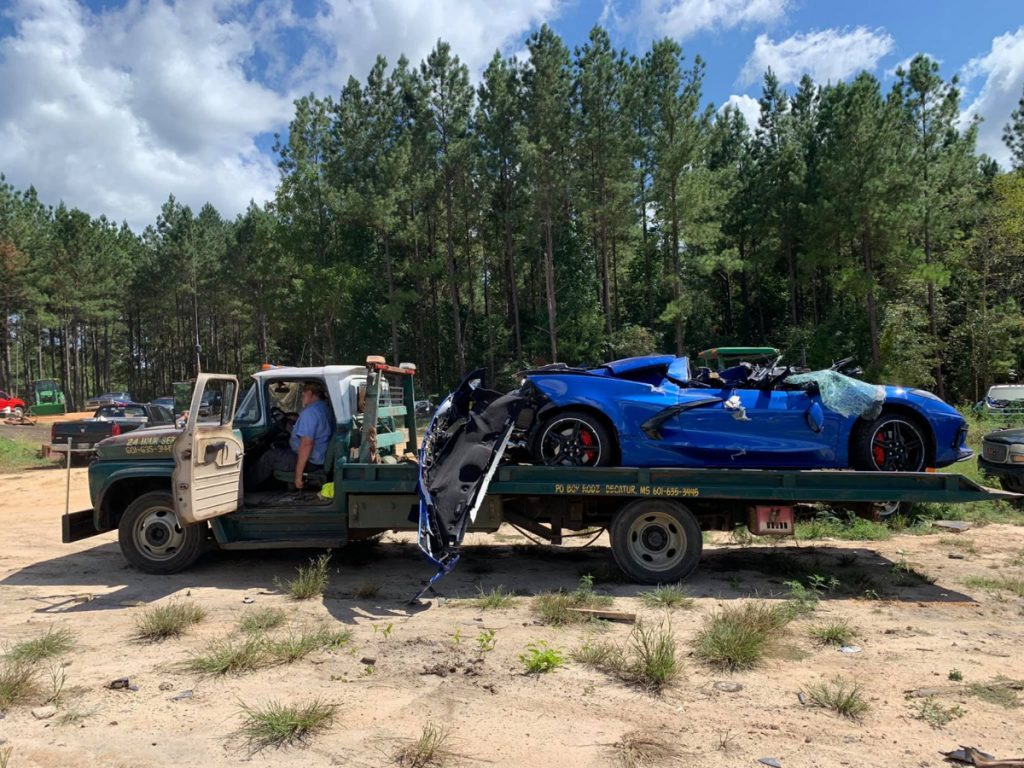 We don’t have much information on this vintage Chevy C50 flatbed, although it appears to be from either the 1962 or 1963 model years based on the styling of the front fascia. The flatbed portion also looks to be a bit more modern than the cab section of the truck, giving this old car hauler some current-day capability. It’s not clear what’s under the hood, either, but the Chevy C50 was offered with a 292 cubic-inch inline-six engine or 327 cubic-inch or 366 cubic-inch V8 engines. The truck appears to be owned and operated by a salvage lot in Louisiana, based on the information painted on the truck’s doors. 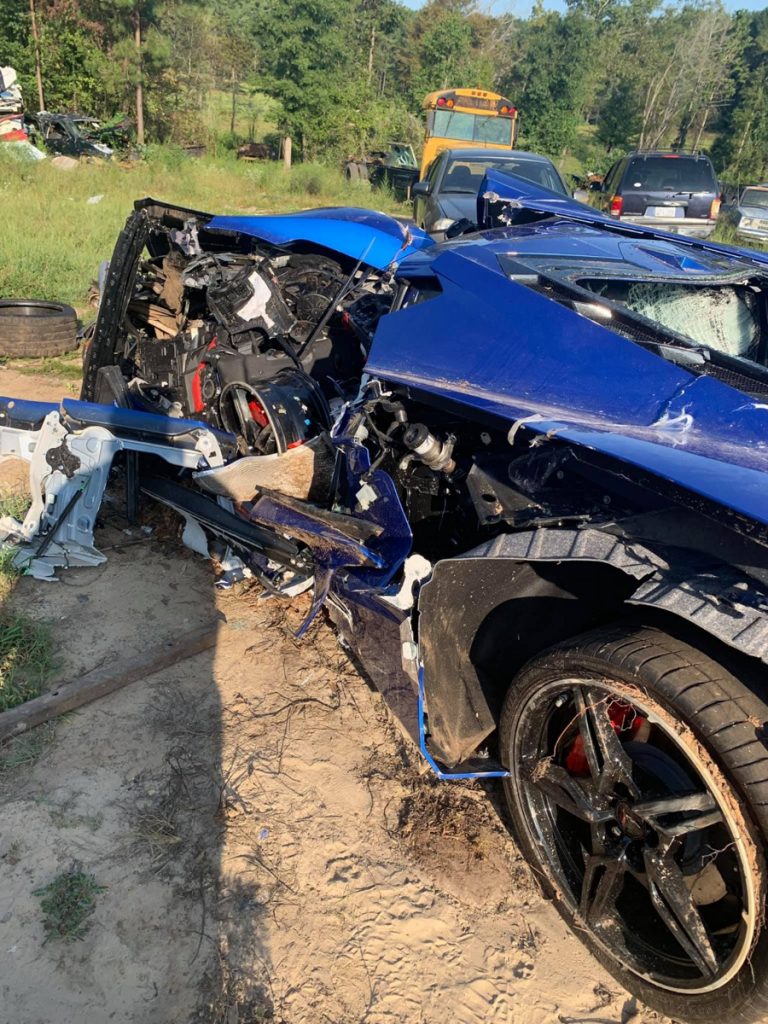 We don’t have too much information on the crash that this Chevy C50 wrecker was called out to, either. Some Facebook commenters alleged the crash occurred at roughly 115 mph, which is believable given the amount of damage it has sustained, but thankfully, no one was seriously injured. The car allegedly had just over 500 miles on the odometer, so it seems the owner only got to put some break-in miles on it before they sent it to Corvette heaven. The wrecked Vette was listed for sale through Copart but has since been sold. 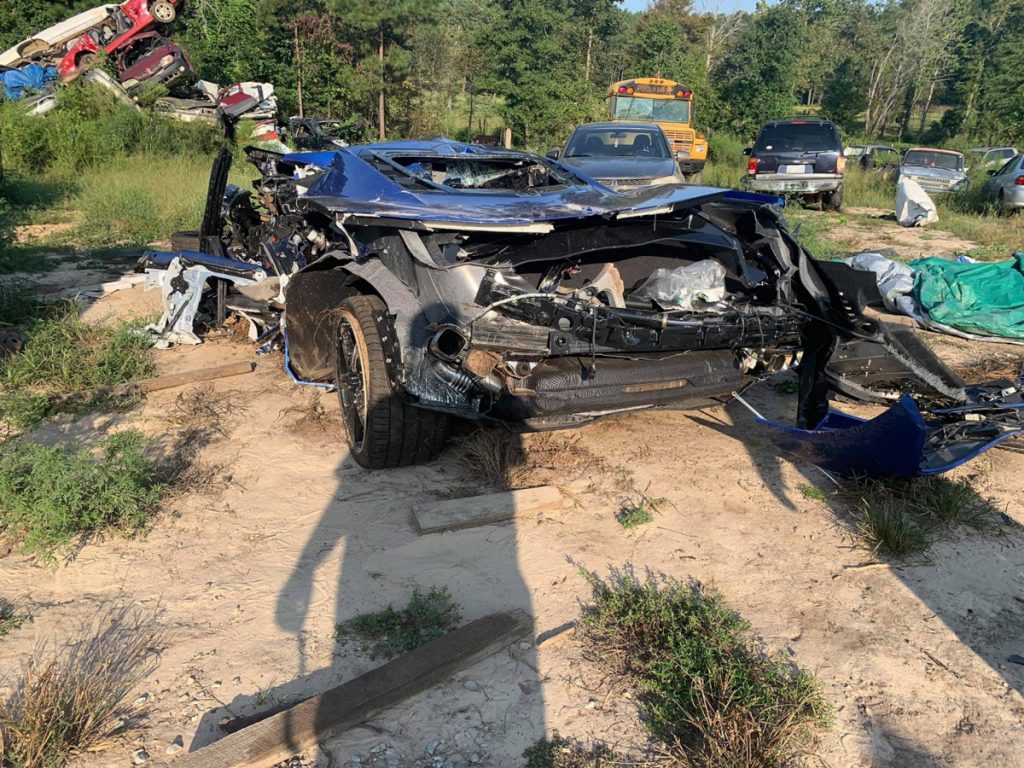 It’s unfortunate to see a brand new 2020 Corvette get written off and we hope that no one was hurt in this serious-looking crash. That said, we won’t deny that the wrecked ‘Vette looks pretty darn cool sitting on the back of this old Chevy wrecker.