Mitsubishi Motors Corp. recently teased the upcoming 2022 Mitsubishi Outlander, which is slated to usher in a brand-new generation for the crossover nameplate. When it hits the market, the new Outlander will rival the Chevy Equinox and GMC Terrain.

Pictured in a shadowy image against a backdrop of gray geometric shapes, bits and pieces of the new 2022 Mitsubishi Outlander’s styling can be picked apart, including the roofline, roof rails, and the window line, as well as the upper lighting signature and grille treatment in the front fascia. 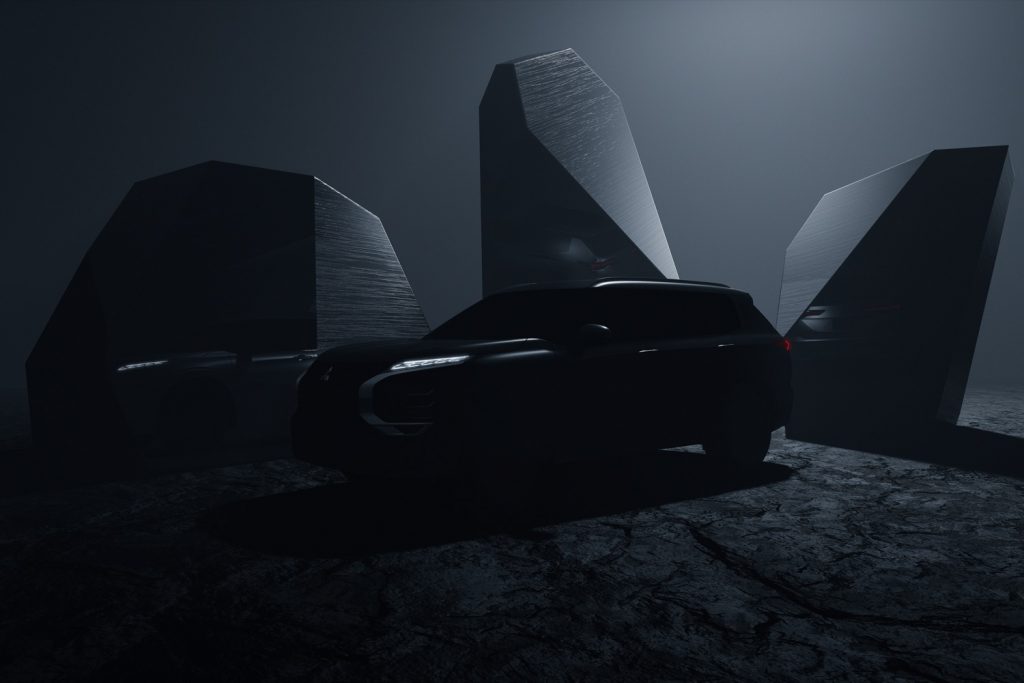 A much clearer view of the new 2022 Mitsubishi Outlander was recently leaked online, showing off the new LED lights, fascia design, wheels, profile, and rear end. The new look draws considerably from Mitsubishi’s Engelberg Tourer crossover concept vehicle shown at the Geneva Motor Show back in 2019, especially with regard to the revised front end.

The all-new 2022 Mitsubishi Outlander will debut in a livestream event in February of 2021. The Outlander will initially launch in the U.S., Canada, and Puerto Rico, with international markets to follow soon thereafter.

Specs are expected to include the same 2.5L four-cylinder as the Nissan Rogue, producing roughly 188 horsepower, with power routed through a CVT and connecting to either FWD or AWD.

The new 2022 Mitsubishi Outlander will be sold alongside the current-generation Outlander PHEV (plug-in hybrid electric vehicle), the latter of which will arrive with a completely new powertrain that will include a larger-displacement internal-combustion engine, more horsepower, and a bigger electric drive system with greater range-per-charge.