General Motors is gearing up to release a mid-cycle enhancement (also known as a refresh) for its half-ton, full-size pickup trucks, the Chevy Silverado 1500 and GMC Sierra 1500. Now, we’re getting a look at the 2022 GMC Sierra Denali 1500 as it conducts some real-world testing in prototype form with a trailer attached in back. 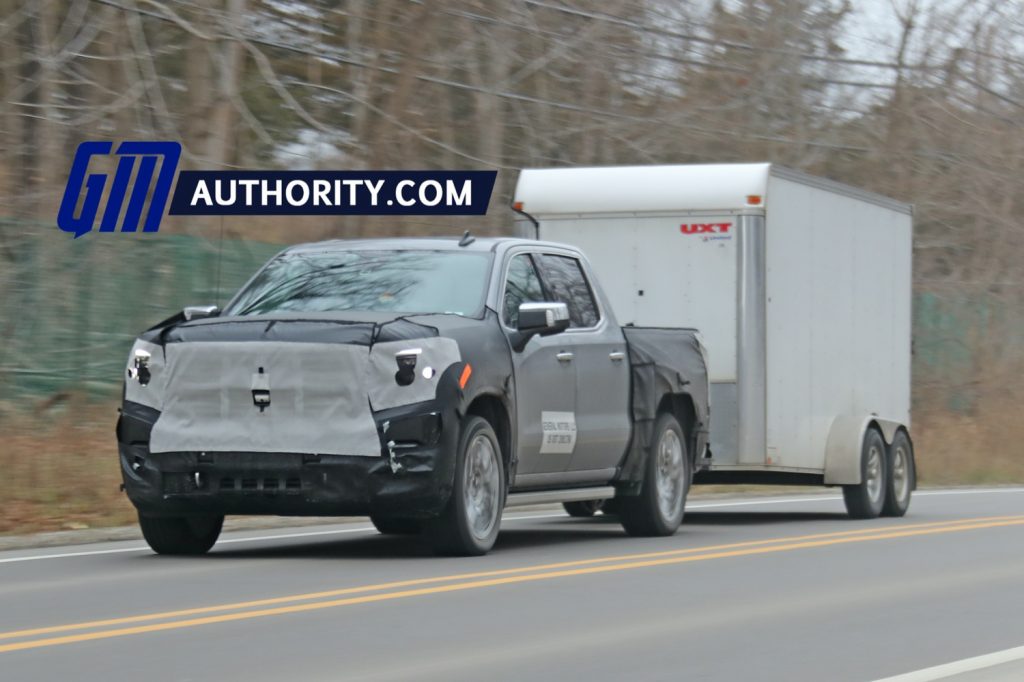 We’ve seen the 2022 GMC Sierra Denali testing before, and now we’re getting another, better look at the top-trim pickup.

Given this particular model is running a trailer, it’s possible the prototype is testing out the latest version of GM’s Super Cruise semi-autonomous driver assist system. As first reported by GM Authority and later confirmed by General Motors, the 2022 GMC Sierra Denali 1500 will come equipped with Super Cruise, which will enable drivers to remove their hands from the steering wheel during extended highway travel. What’s more, the updated version of the technology equipped on the new Sierra will come with trailering capability, making it a great option for those that need to travel long distances while towing. 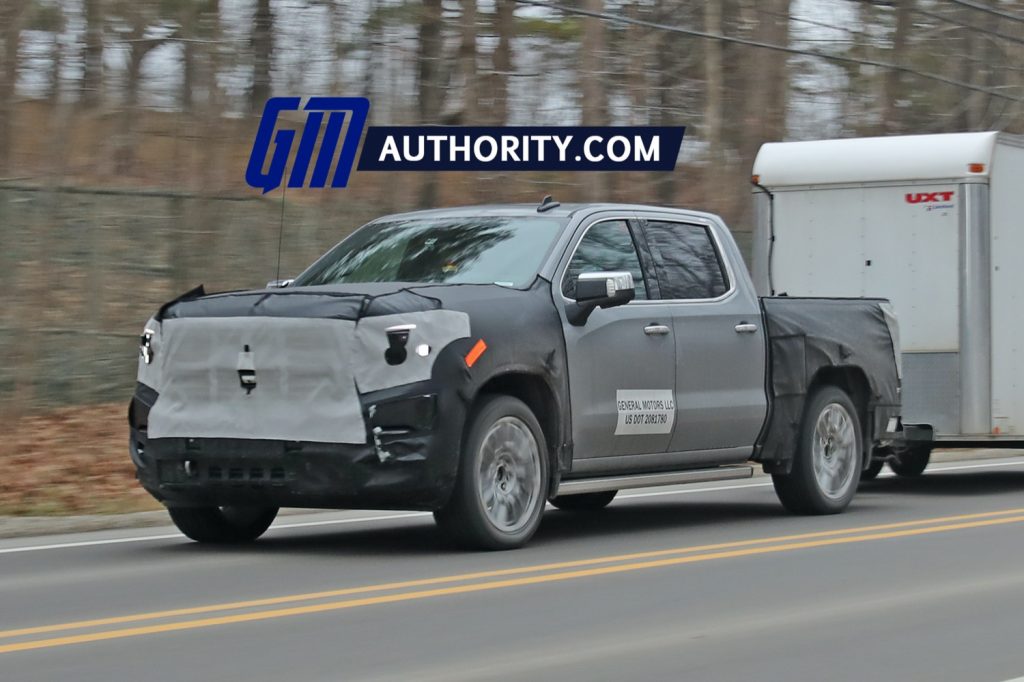 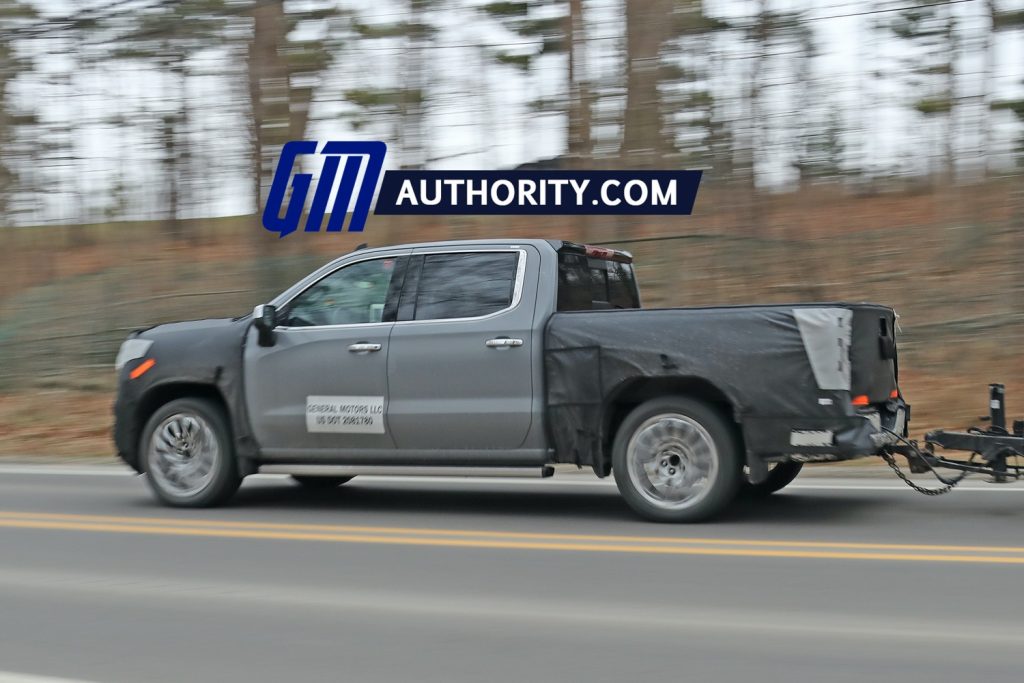 In addition to updated tech, the 2022 GMC Sierra Denali 1500 will also feature new front and rear exterior styling. However, some of the most important updates will be found in the cabin, where the pickup will boast an an all-new interior to address perceived shortcomings in cabin design. Highlights will include a larger central infotainment screen and an all-digital gauge cluster. 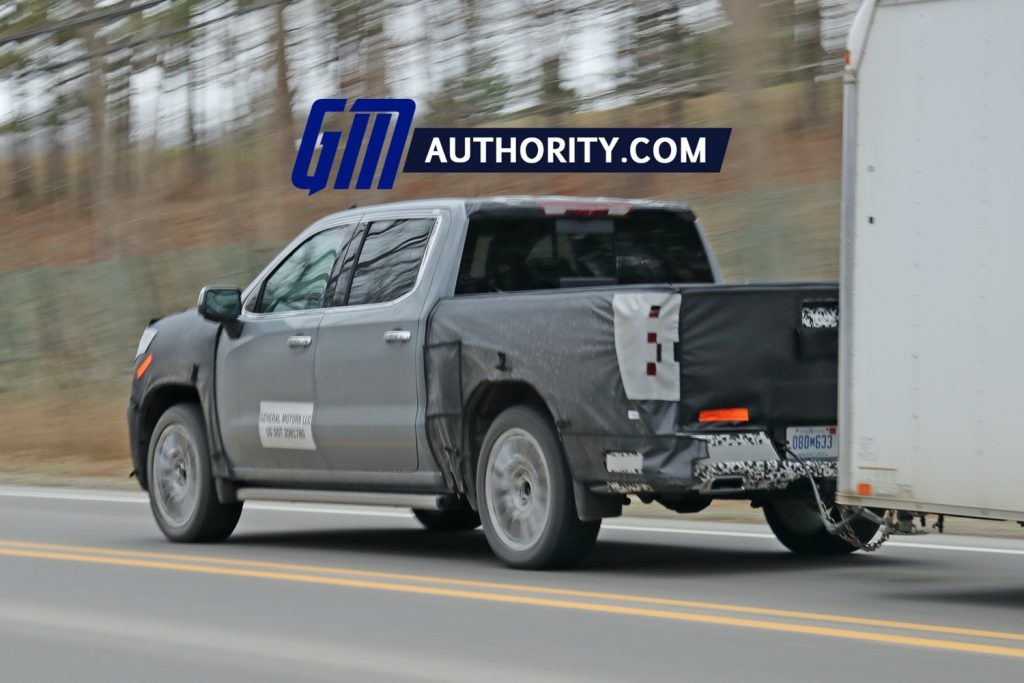