Right out of the box, the 2021 GMC Yukon Denali is one serious SUV, especially the extended-length XL model. Now, one YouTuber is adding even more visual punch to the full-sizer with a set of 30-inch Amani Forged Nava rims, as featured in the following video. 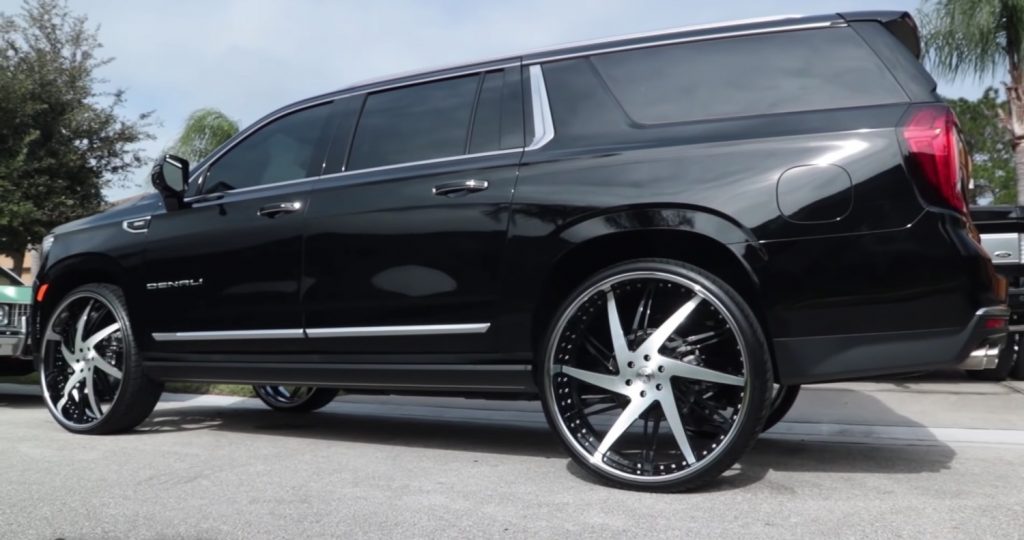 Coming to us from WhipAddict, this brand-new GMC Yukon Denali XL looks larger than life with the new plus-sized rollers mounted in the corners. Rocking a full 30 inches in diameter, the Amani Forged Nava rims hail from the company’s Axl line, and rock an open layout with a turbine twist that adds loads of character to the look. 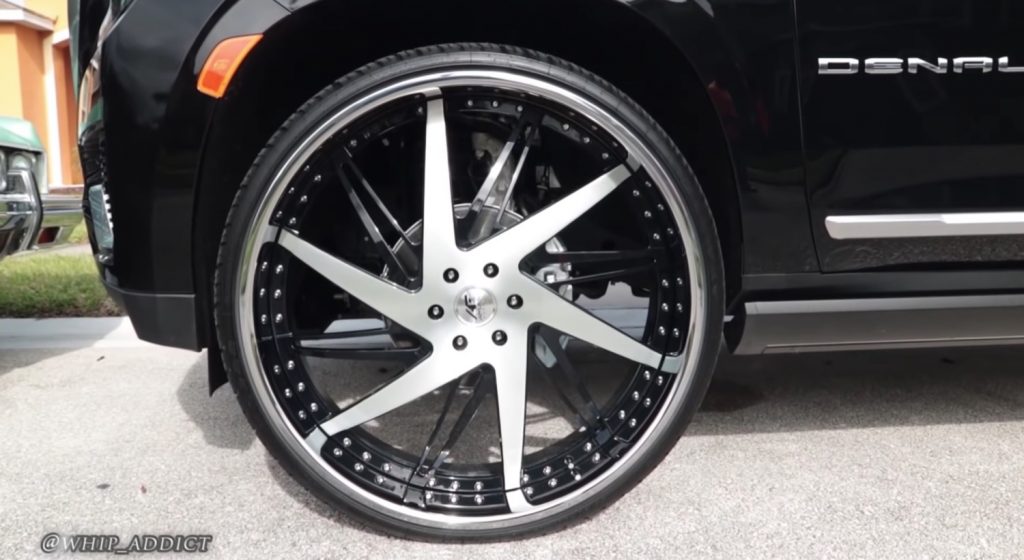 These particular Nava wheels were customized with a black finish for the inner spokes and a brushed face, complementing the deep black exterior paint nicely. The finish also plays nicely with the various chrome trim, of which the 2021 GMC Yukon Denali has plenty.

Rolling down the road, this custom 2021 GMC Yukon Denali XL commands the lion’s share of attention, as evidenced in the video below.

As a reminder, the Yukon nameplate is all-new for the 2021 model year, introducing a re-engineered and redesigned fifth generation. In addition the standard full-size SUV body style, the new Yukon is also offered as an extended-length XL model, which measures in at 225.7 inches, as compared to the 210.7-inch length of the standard Yukon model. 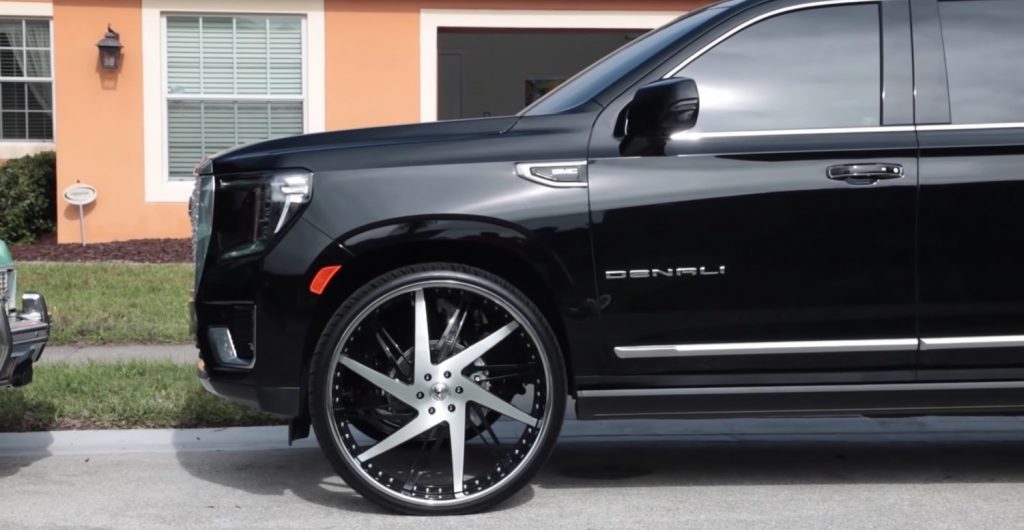 The 2021 GMC Yukon Denali features also features an exclusive interior design, as GM Authority was the first to report. One notable difference between the standard Yukon interior and the Yukon Denali interior includes the placement of the primary infotainment screen, which is integrated directly into the dash in the Denali, and mounted upright in the rest of the Yukon lineup. The Denali model is also offered with unique upholstery treatment and four exclusive color themes.