Introduced at the 1954 General Motors Motorama in New York City, the Chevrolet Corvette Nomad concept was a sleek interpretation of what the family wagon could be. Adding a streamlined station wagon rear end to the back of a 1954 Corvette front produced a sexy American shooting brake. Though the car never came to fruition, it gave the public a look at what GM Styling could do. 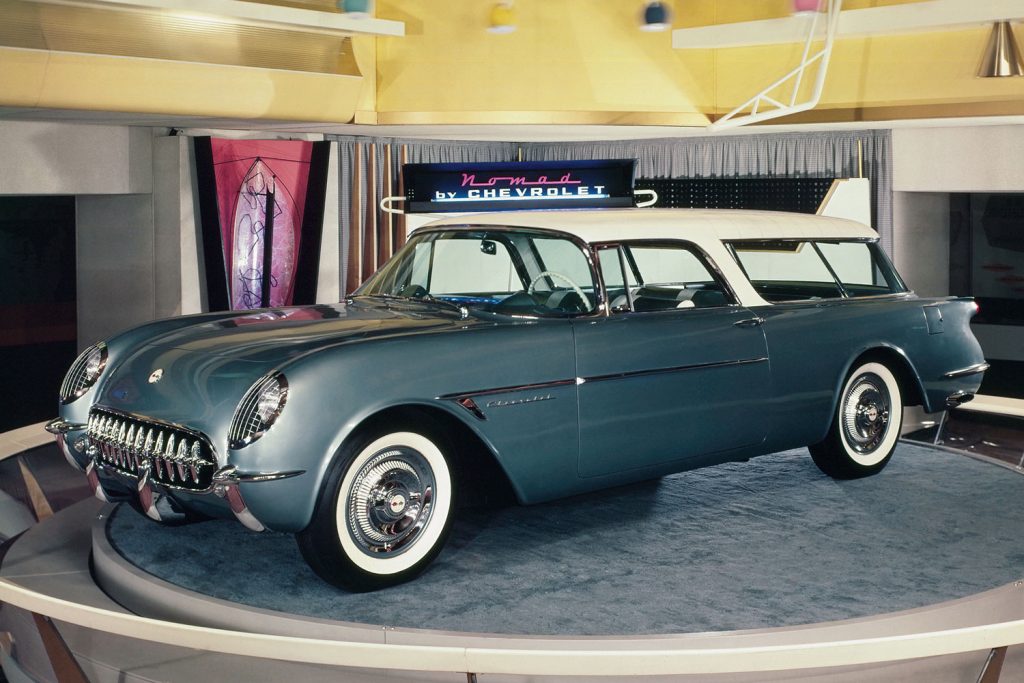 The impression was so strong that fifty years later specialty builders Advanced Automotive Technologies would attempt to repeat the build with this 2004 Chevy Corvette coupe, for sale at Streetside Classics. The result is in the eye of the beholder. 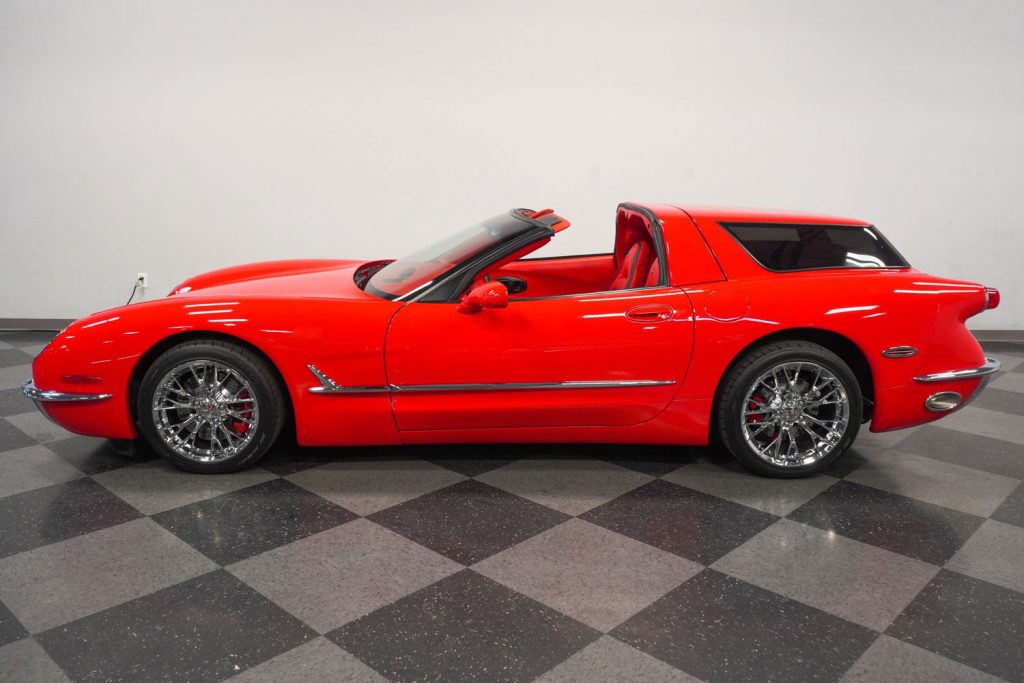 Without a doubt, this is a polarizing build. The grille, done to ape the 1954 Corvette, misses the mark more than a little. The thirteen chrome teeth stick out too far from the grille opening, giving the appearance of a horse-toothed kid with braces. The arched front fenders try to blend the styling of the ’54 with the lines of the 2004 Chevy Corvette, with the end result being a front end that looks too long. Other styling cues like the partial front bumpers elicit the correct memories, but just. There is proper-looking side trim fitted. 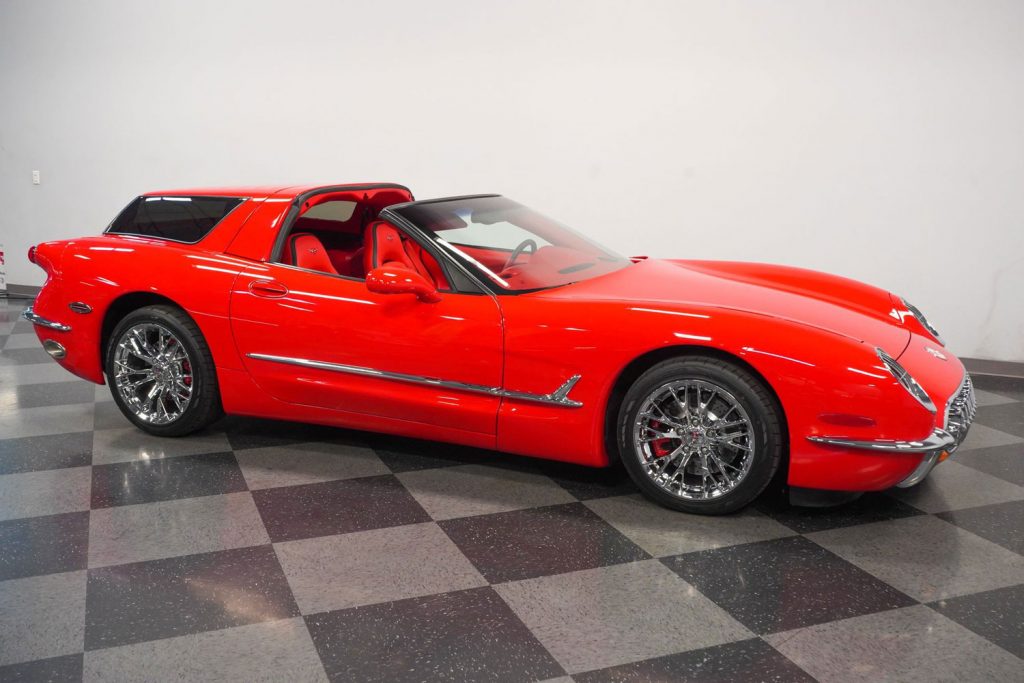 Amidships, the doors remain original 2004 Chevy Corvette units. From the B-pillar to the leading edge of the windshield, little has been changed, and it is easily recognized as a C5 Corvette. 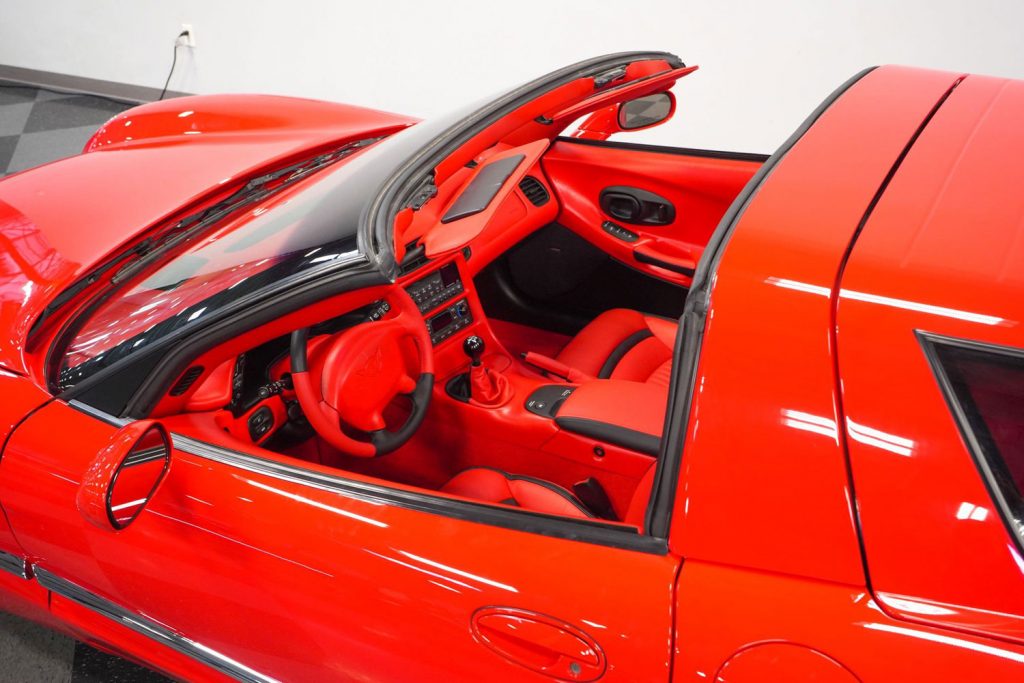 From the B-pillar back, however, is another story. The wagon greenhouse looks like a fat man wearing a little girl’s backpack. That giant bulbous butt has no tailgate. The greenhouse lifts to allow access to the luggage compartment. Admittedly, this would allow the carrying of somewhat larger parcels, but if that is your primary concern, a 2004 Chevy Corvette may not be the car you need. The latitudinal detail lines in the wagon roof transfer well from the original to this example. 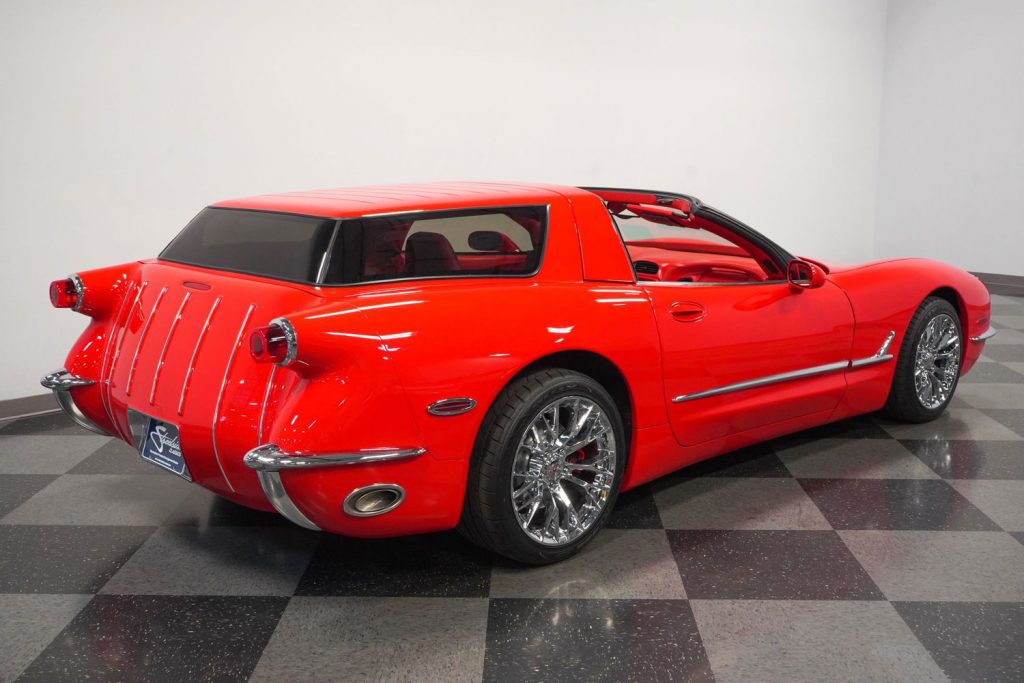 The 1954-style taillights do not work here. They appear oversized and excessive. The rear bumperettes seem to flow well with the rounded rear. The back window looks like a tinted mail slot. 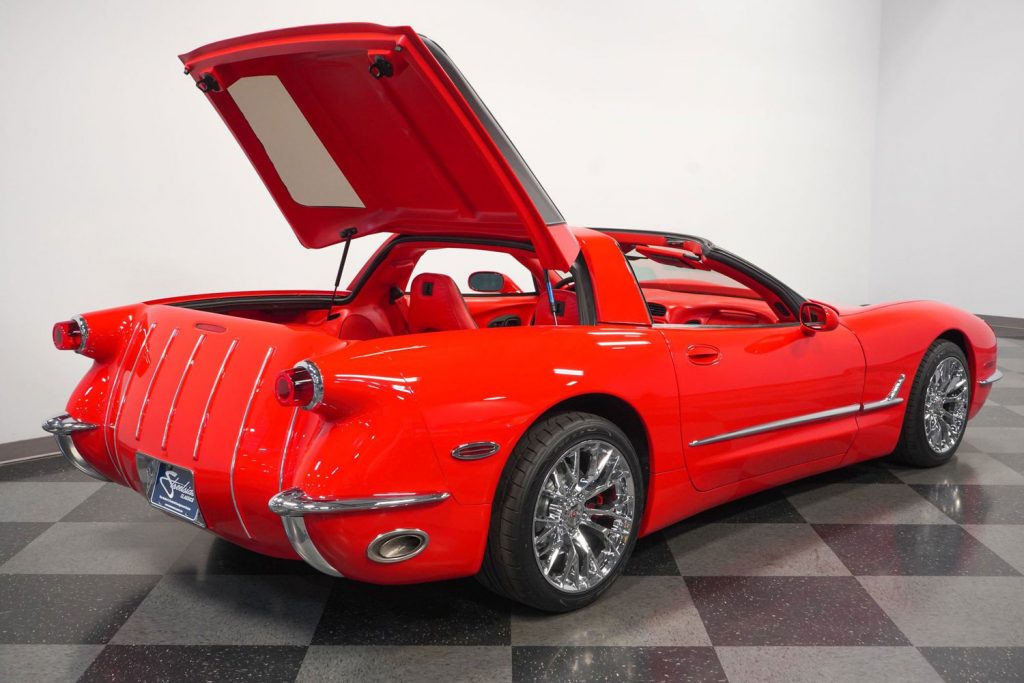 The interior features brilliant red leather with black stripes. Mirror-finished trim pieces have been fitted at the door sills. The lower door trim is black, and the driver’s side door shows ample heel scuffs. The traditionally black dash has been dyed red, as have the console and the vast majority of the interior trim in an attempt to copy early Corvette interiors. Here it seems a bit overwhelming. 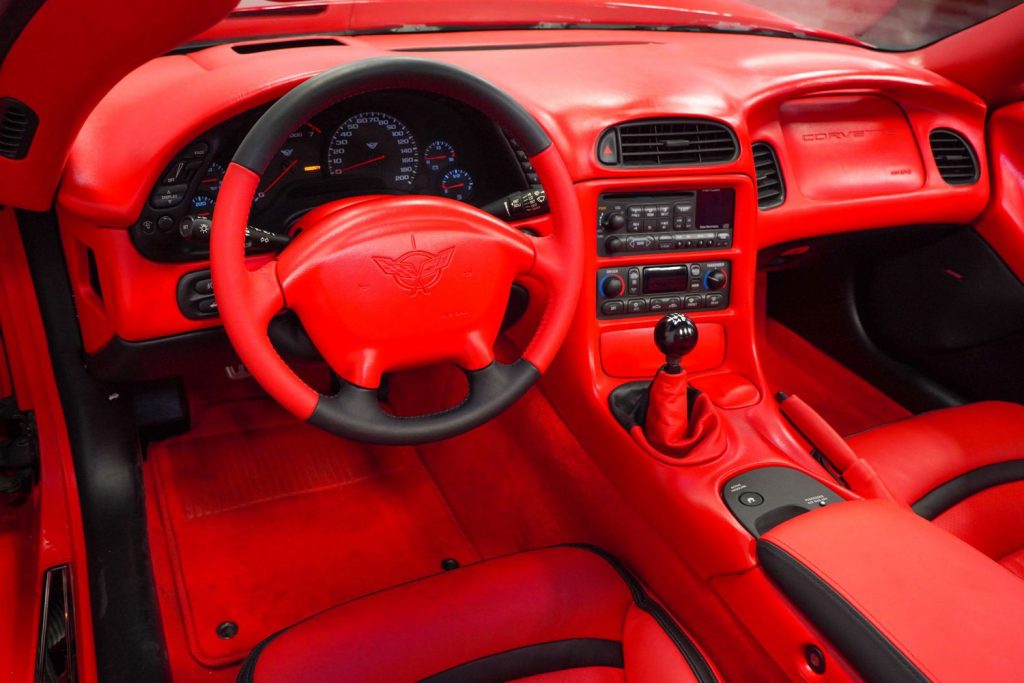 In the engine bay, the fuel rail covers have been altered to look more like the 1954 Small Block valve covers. In the center, there is a 50th Anniversary Corvette emblem to signify the fifty years since the debut of the Corvette Nomad. 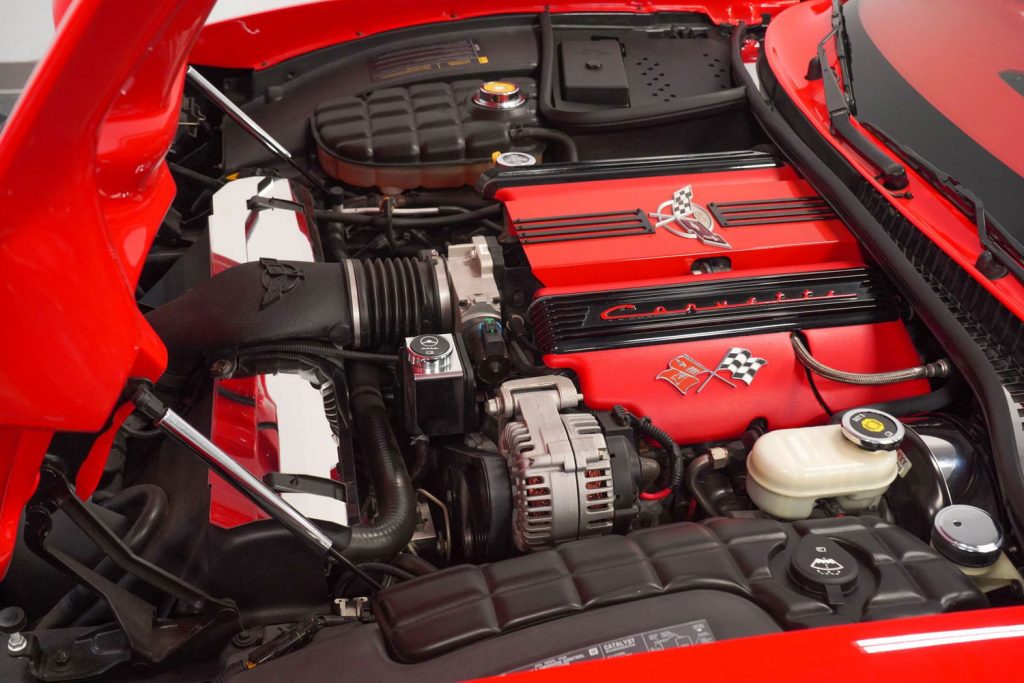 The problem here is the builders tried to do too much at once, and none of it fits together well. They tried to make the 2004 Chevy Corvette look like the 1954 Corvette Nomad, that was itself a 1954 Corvette with a station-wagon rear end grafted onto it. Whereas the experiment worked for the original because styling was cooperative, on the 2004 it just looks like a jumbled mess. 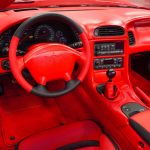 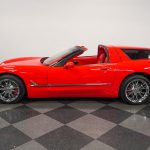 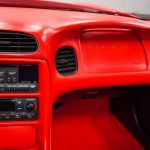 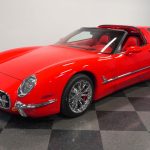 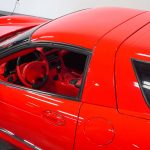 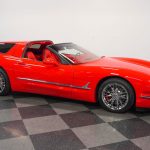 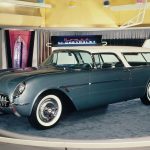 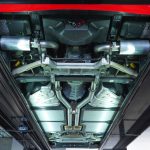 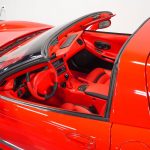 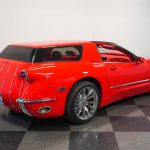 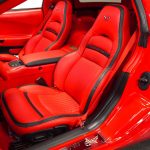 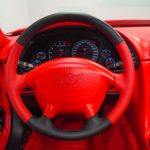 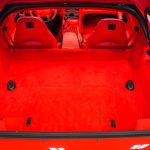 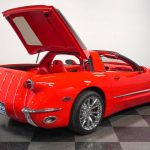 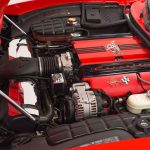