For those readers out there who may be scratching their heads, the big red Swedish meatball you see before you is a 1974 Volvo C303, hailing from the automaker’s line of military vehicles. This particular example was upgraded with a long list of custom touches, including a more modern LL8 Vortec engine, and now, it just sold on Bring A Trailer for $65,000. 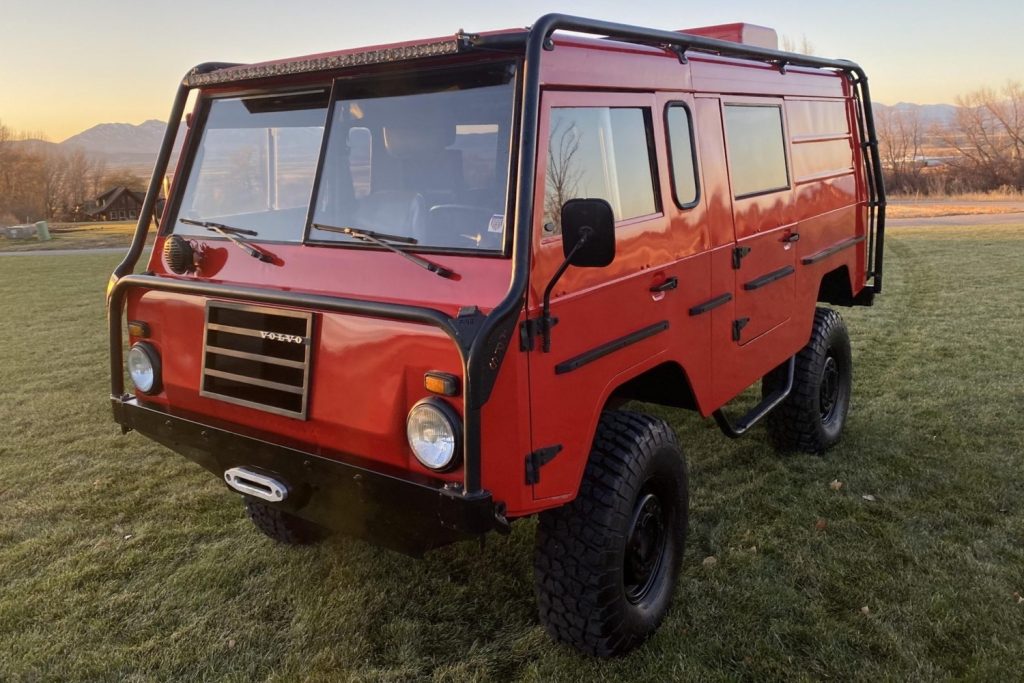 The bespoke touches start outside, where the all-terrain box-on-wheel was repainted in a searing shade of red. Lining the body panels is a custom fabricated exterior cage, while LED lighting shines a path forward thanks to a sizable light bar mounted on the roof.

There’s also a custom front bumper and skid plate, tinted windows, and polyurethane body moldings, as a well as step bars for easier ingress and egress. The rollers are 16-inch, eight-lug units finished in black. 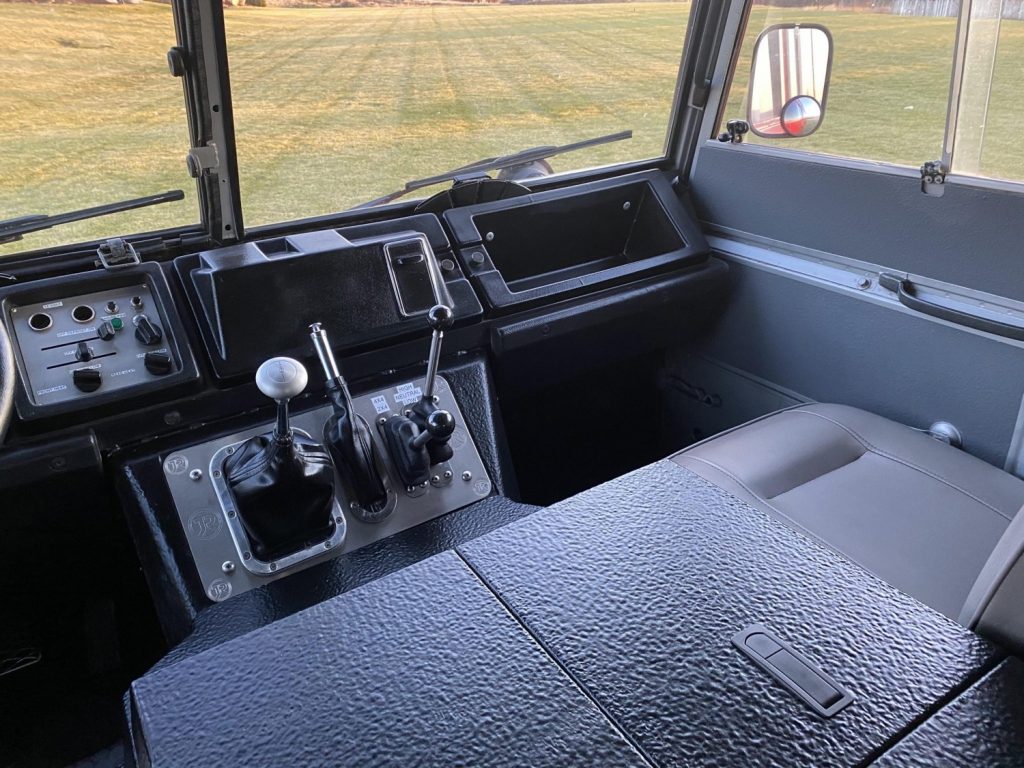 The functional interior was customized as well, and now boasts Pioneer audio equipment, extra sound deadening and insulation, and a Red Dot air conditioning system. Space for five additional passengers can be found in the rear. 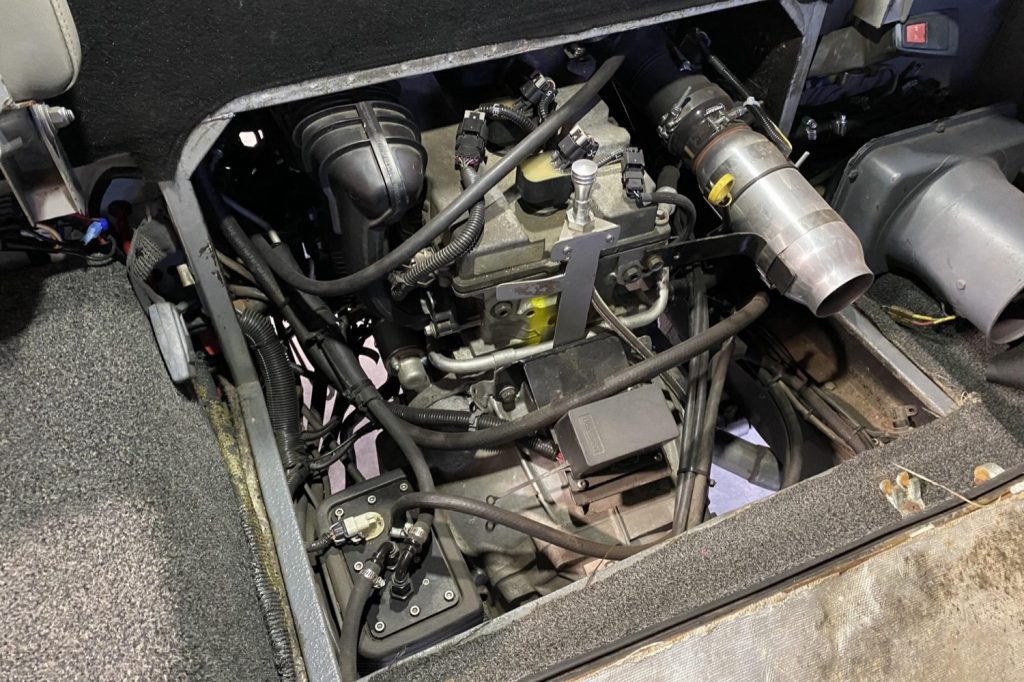 Now, the Vortec engine propels this custom 1974 Volvo C303 through a 4L60E four-speed automatic transmission, plus a Dana 18 dual-range transfer case. Controls for the front and rear diff locks can be found on the dash.

Helping it navigate rough terrain are Fox 2.0-series shocks suspension, as well as BFGoodrich mud tires and power steering from a Mercede-Benz G-Wagen. 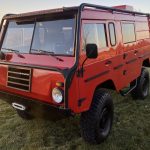 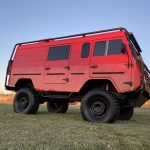 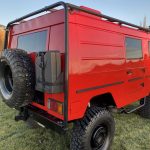 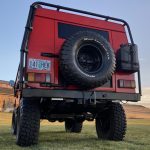 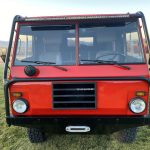 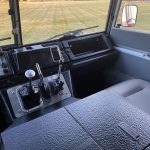 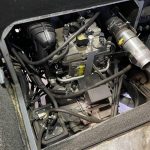