Visitors to the Geneva Motor Show in March 1966 must have been astonished by the radical-looking two-seat sports coupe on display at the Vauxhall stand. The U.K. brand, which had been part of General Motors since 1925 and would remain so until 2017, had produced the Vauxhall XVR Concept, which bore no visible resemblance to any of its production vehicles. 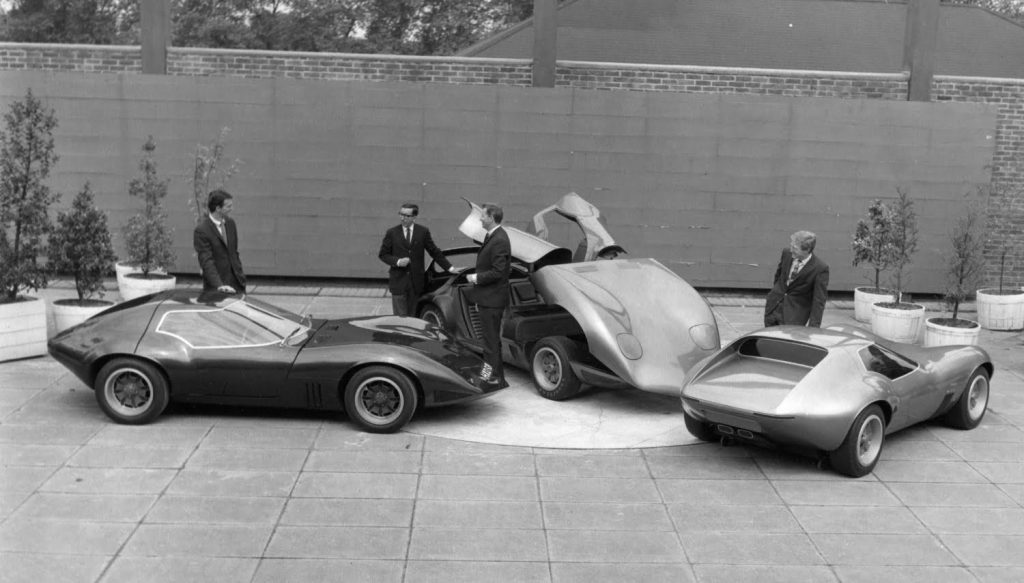 This was the first of three cars known as Vauxhall XVR Concept – the letters standing for eXperimental Vauxhall Research – of which the only survivor, the third that had ever been built, is part of Vauxhall’s magnificent 60-car Heritage Collection.

It was designed by an international five-man team working at the Vauxhall Design & Engineering Centre in Luton. Leo Pruneau had been sent over from Detroit to work with Australian-born stylist John Taylor, and they were joined by three more Americans: Wayne Cherry, who went on to move from Vauxhall to Opel before returning to the U.S. and becoming GM’s Vice President of Design, interior specialist Pat Fury and project engineer Judd Holcombe. 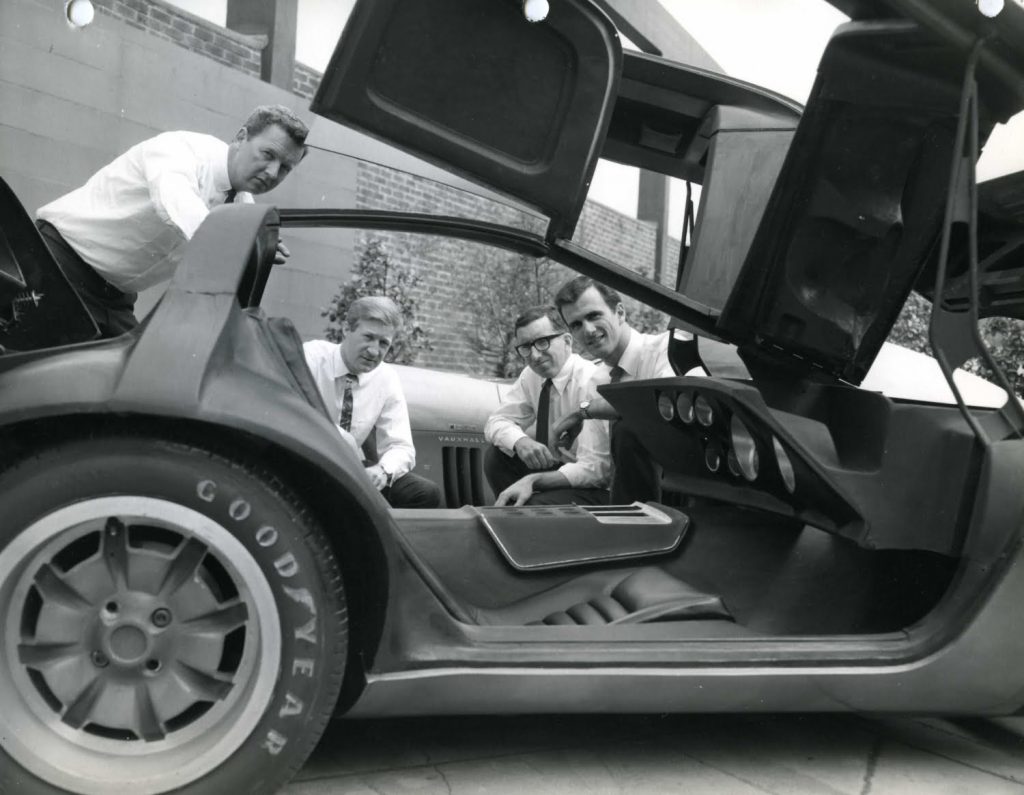 With all this American influence, it perhaps wasn’t surprising that the Vauxhall XVR Concept bore some resemblance to the Mako Shark II concept car that made its public debut at the 1965 New York Auto Show. Incidentally, the Mako Shark II went on to heavily influence the design direction of the Corvette C3.

The Vauxhall revealed at Geneva a year later was based on a tubular and box cross-section chassis with a reinforced central backbone. It had a steel body with a front-hinged clam-shell hood that contained electrically controlled pop-up headlights and a one-piece rear-hinged tail.

The door design was particularly unusual, with each door containing a long, curved glass section which combined half the windshield with what would normally have been a side window. 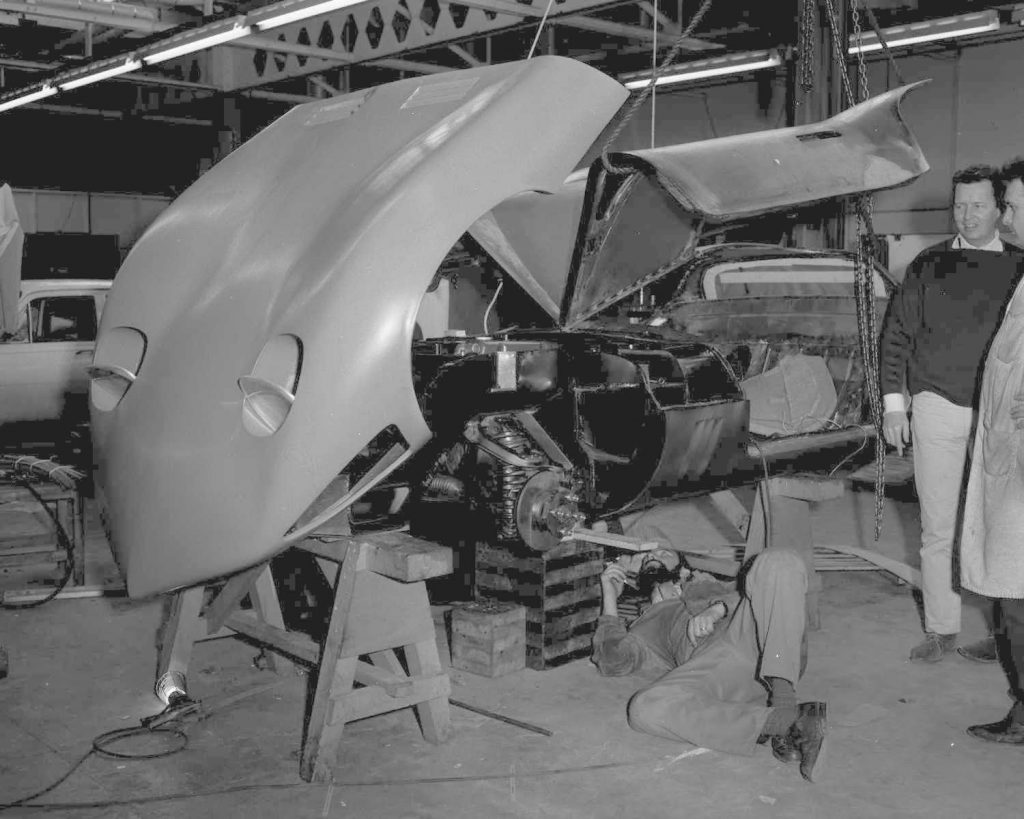 “We were quite unable to persuade or coerce the Styling Department to adopt the conventional gull-wing door arrangement, and we had to cope with the doors hinged at the centre of the screen,” engineer Aubrey Cohring wrote in a letter to the U.K. magazine Classic & Sports Car.

“The closing angles, sealing and locking were almost impossible, and the necessary strengthening, bearing in mind the position of the ‘hold-open’, gave us sleepless nights,” Cohring added. 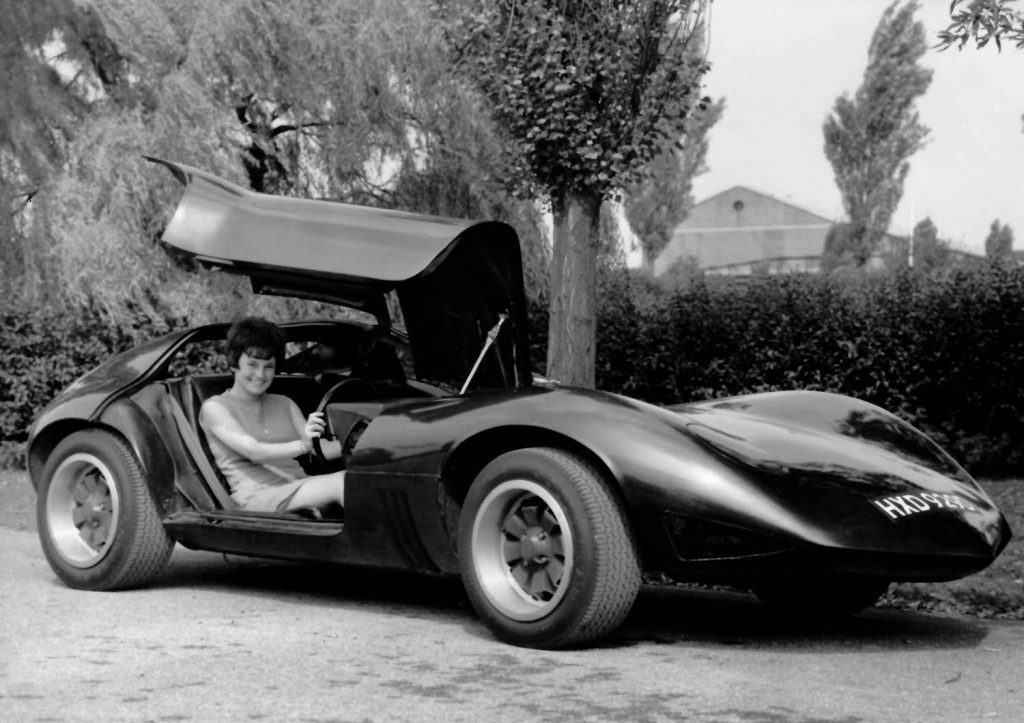 The Vauxhall XVR Concept was 160 inches long, 64.5 inches wide and 40 inches tall. Due to its lack of height, interior space was naturally very limited, and the seats were fixed in place. Exceptionally for a mid 1960s car, however, the steering wheel was adjustable for height and reach, and the pedal unit could be moved fore and aft, so that it could be driven by people of different statures. 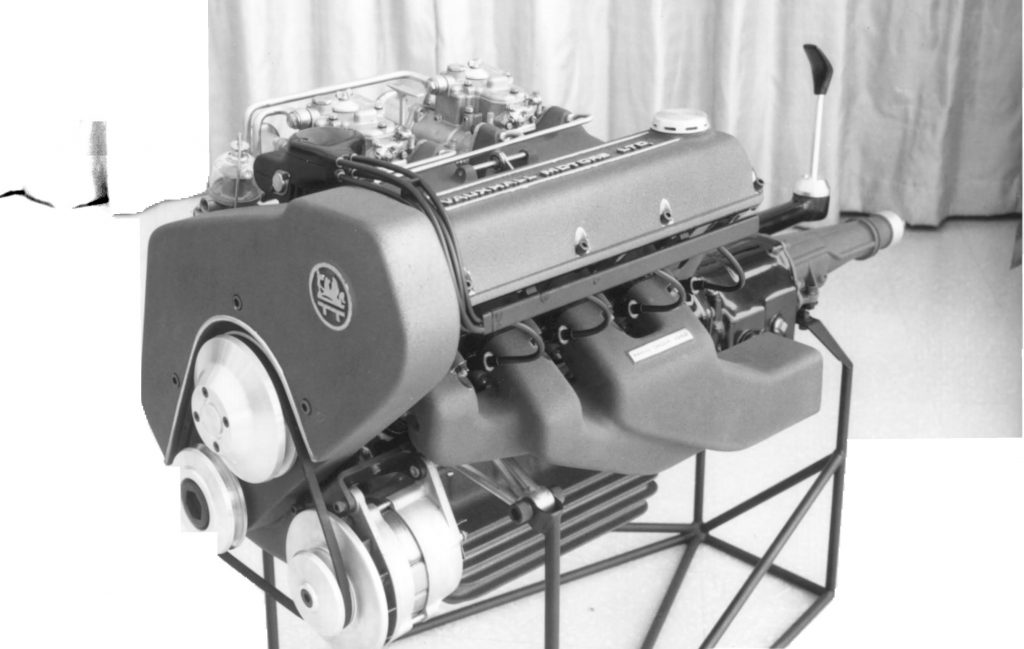 In fact, of the three cars built, only the first could be driven at all. The power unit used when this example ran at Vauxhall’s test track was a very early example of the Slant-4 engine, which did not appear in a production car until 1967. It got its name from the fact that its cylinders were inclined by 45 degrees from the vertical.

This was because it was intended to be part of an engine family which would also include a V8 (each of whose banks would essentially be a Slant-4), but the V8 did not make it past the prototype stage. The Slant-4 later became the basis of the Lotus 907 engine, which was used in the first-generation Lotus Esprit, among other vehicles. 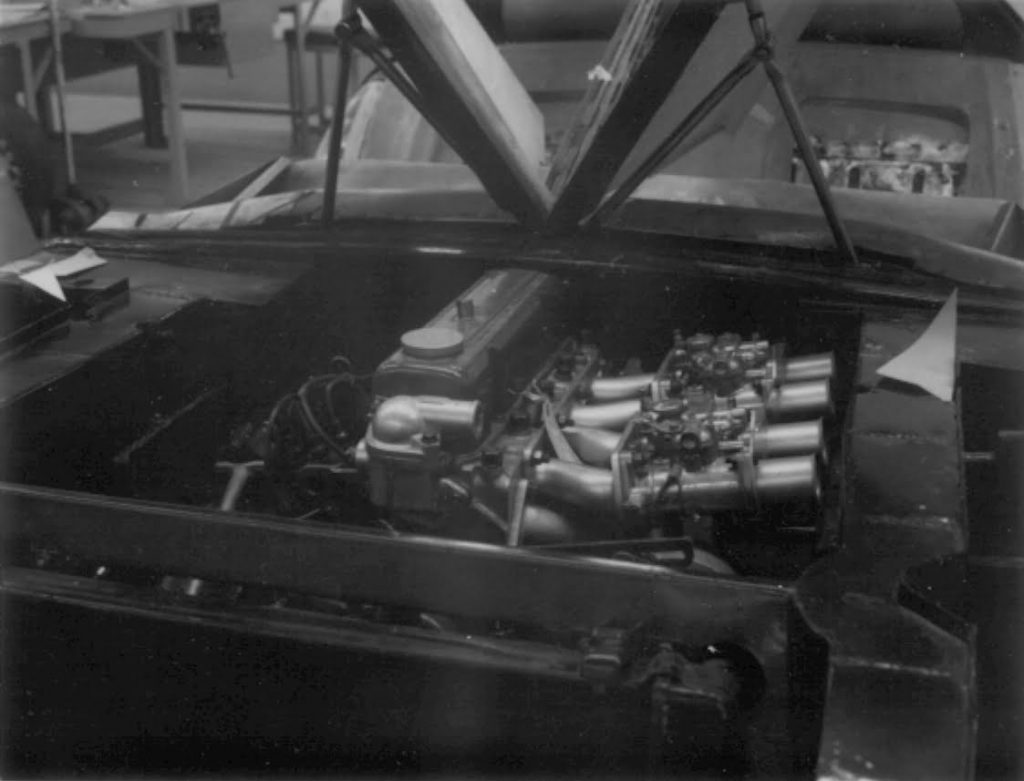 However, some claim that the Vauxhall XVR Concept did not use this engine at all, but rather another four-cylinder unit already used in production cars with a capacity of either 1.5L or 1.6L. In fact, this engine really was fitted to the car, but only for the Geneva Show. Vauxhall tried to hide it by locking the hood, but a photographer managed to take a picture of the engine from underneath the car.

Shortly after the original car had been completed, Vauxhall built two non-running mock-ups with fiberglass bodies and several minor changes. All three were displayed on the viewing terrace at the brand’s Luton headquarters, and the second fiberglass car remained there for several years before being added to the Heritage Collection. 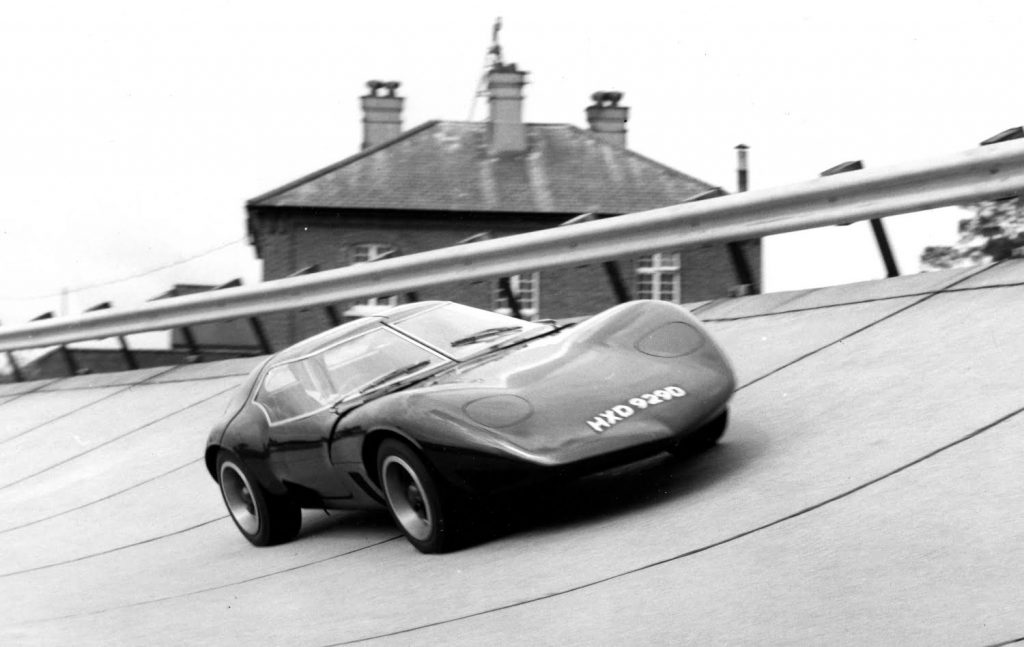 The earlier fiberglass car is believed to have been broken up. This was certainly the fate of the metal-bodied car, which was sent on a promotional tour to Canada. GM Canada specifically asked for the driveable version, which Aubrey Cohring later reported was “attacked by some demented and wrathful individual” carrying a large ax while it was on display in a dealer showroom. When it returned to Luton, Vauxhall realised it was beyond saving. “Wearing black crepe, we unpacked the crate, removed a few details and handed the remains to the department wrecking crew,” Cohring wrote. “That was the end of the car.”

The Vauxhall XVR Concept project as a whole came to an end long before anything like a production version was developed. Taking it to that stage would have been too complicated and expensive for what could only have been a low-volume car. It’s easy to be disappointed about this, but the XVR gave an image boost to a brand not known at the time for building exciting cars, and that was what really mattered. 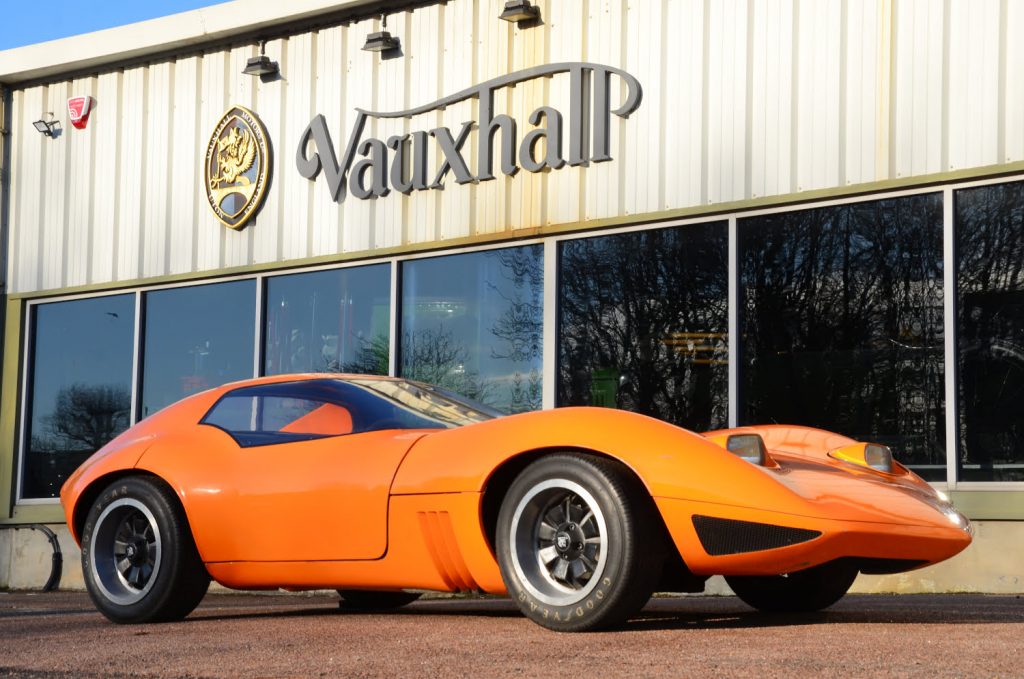 Many thanks to the Vauxhall Heritage Archive for helping to research and illustrate this article.