Nowadays, General Motors uses Chevy SS (Super Sport) branding only on the Camaro, but things were very different nearly 60 years ago. Back then, no fewer than three models bore Chevrolet SS badges, as can be seen in the commercial that we recently unearthed, shown at the bottom of this article. 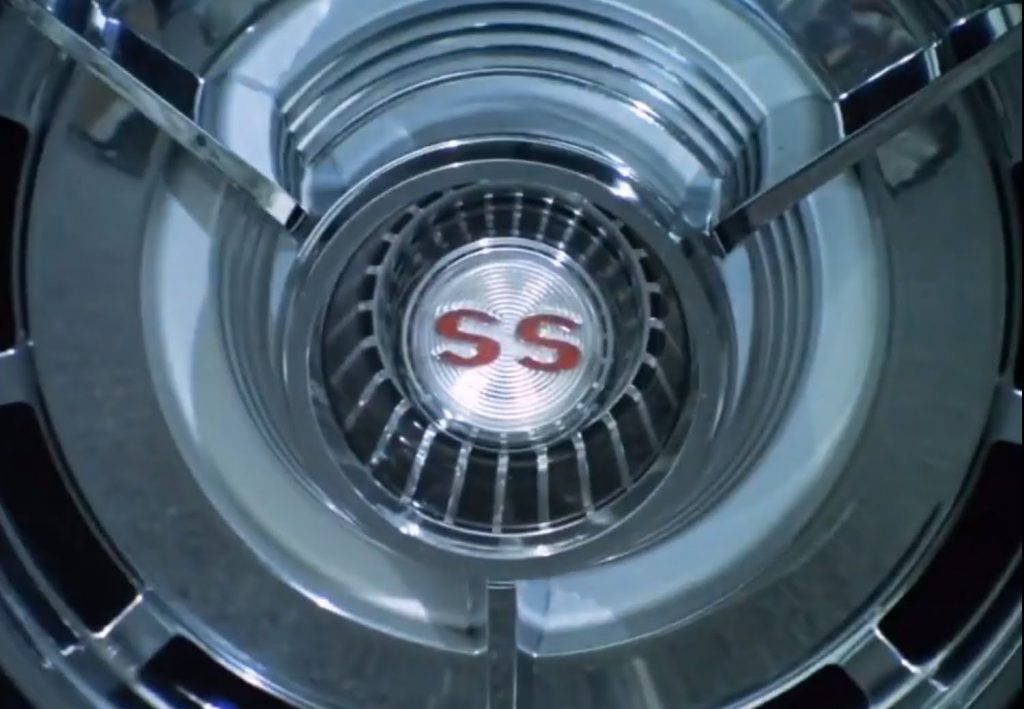 Since it refers to 1963 model year vehicles, this ad presumably aired in 1962. To musical accompaniment very typical for the time, the two minute-long clip starts by showing a cheerful young couple polishing their white Corvette Stingray, without saying much else about the vehicle until the very end.

As the narrator explains that “Chevrolet offers four different kinds of Super Sport fun”, Mom, Pop and the two kids walk past the Corvette toward their Chevrolet Corvair adorned in the popular Monza trim level with the extra-cost Spyder option, which means that its rear mounted, air cooled 2.4-liter flat-six engine is turbocharged. That means that this Corvair makes 150 horsepower, or 50 percent more than the most powerful naturally aspirated engine in the range. 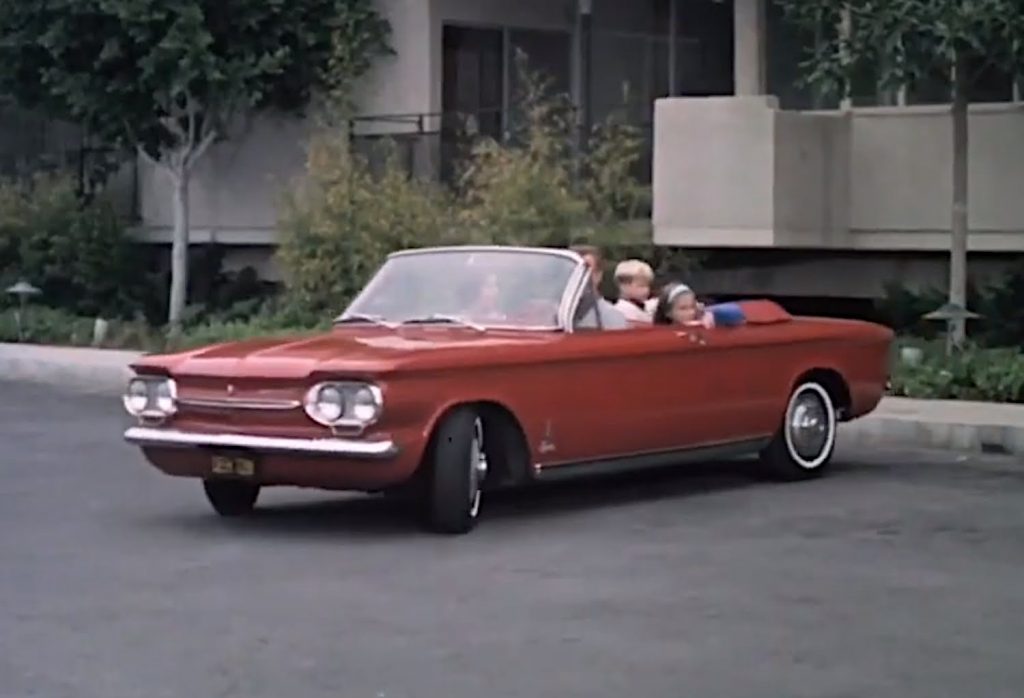 At the time, the Corvair was only the second production automobile fitted with a turbocharger as a factory option, following the introduction of another GM vehicle, the Oldsmobile Jetfire, earlier in 1962.

The ad returns briefly to the Corvette couple, before moving on to the Chevy SS model to feature is in fact the Chevrolet II Nova Super Sport, whose “extra cost, extra fun” equipment includes front bucket seats, electrical clock and gauges, and all vinyl (but leather grain) upholstery. 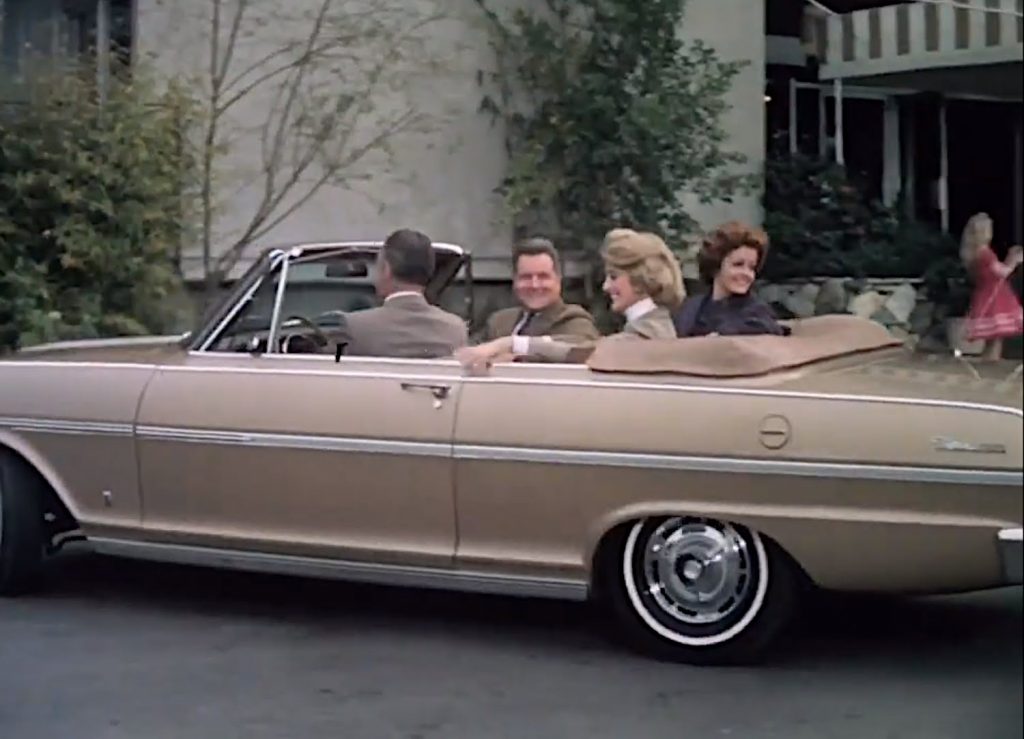 The Nova Super Sport is available with coupe or convertible body styles, but this particular model is a convertible, allowing us to see how much the four occupants are enjoying their ride.

More Corvette polishing follows, only for the camera to move up and reveal the “jet smooth Chevrolet with the extra cost, extra glamor Super Sport option”. Although it is not immediately named, this car is the third generation Impala which, in SS form, features a locking compartment in the centre console and can be ordered with a tilting steering wheel. 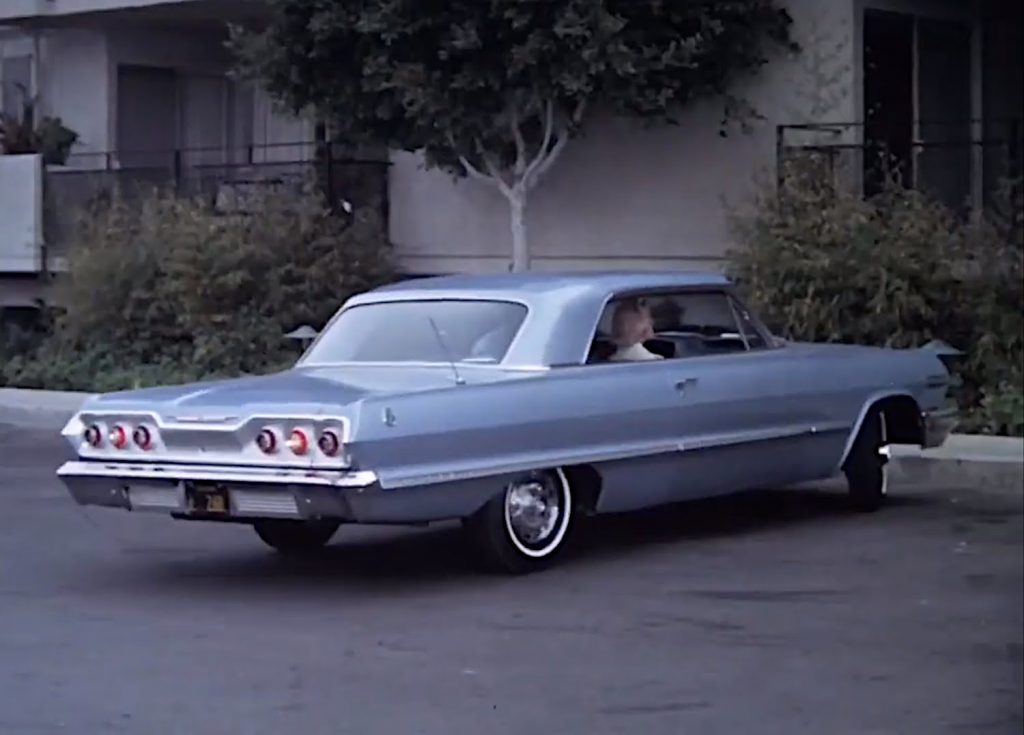 Only after mentioning these features does the narrator point out that the Impala is also available with a 409 cubic inch (6.7 liter) Turbo Thrust version of the Chevy Big Block V8, the second largest engine in the range after an even larger 427 cubic inch (7.0 liter) Turbo Thrust, which was intended for use in NASCAR and drag racing.

With less than half a minute to go, the Chevy SS commercial at last switches to the Corvette Stingray, and not just the white coupe which has tantalizingly appeared several times before, but also a gold convertible. It’s worth pointing out that, outside of a one-off race car built in 1957, the Corvette never wore the SS badge. As the narrator utters the mighty phrase, “Corvette Stingray by Chevrolet – America’s only true sports car”, the two vehicles head into the distance, followed by coupe and convertible versions of the Corvair, Nova and Impala.

Check out the video below to get a flavor of what Chevrolets – and TV advertising – were like in the early 1960s.

Today, the Chevy SS branding is limited to the 1SS and 2SS Camaro coupe and convertible. These are two of three Camaro models (the third being the new LT1 trim) fitted with the naturally aspirated 6.2L V8 LT1 engine, which makes 455 horsepower and 455 pound-feet of torque, though a supercharged version of the same Small Block motor, known as LT4, is used in the range-topping ZL1. In the Camaro SS, the LT1 is mated either to a six-speed manual gearbox with Active Rev Match or to GM’s ten-speed automatic transmission.