Though the 1957 Chevrolet Corvette was a stylistic carryover from the 1956 model year, it had a host of new performance options. The first year of the potent 283 cubic-inch V8 could be had with a four-speed manual transmission, a dual four-barrel carb set-up, or the hot new Rochester fuel-injection system that could produce 283 ponies, for the magical one-horsepower-per-cubic-inch. In its day, it was a performance icon. 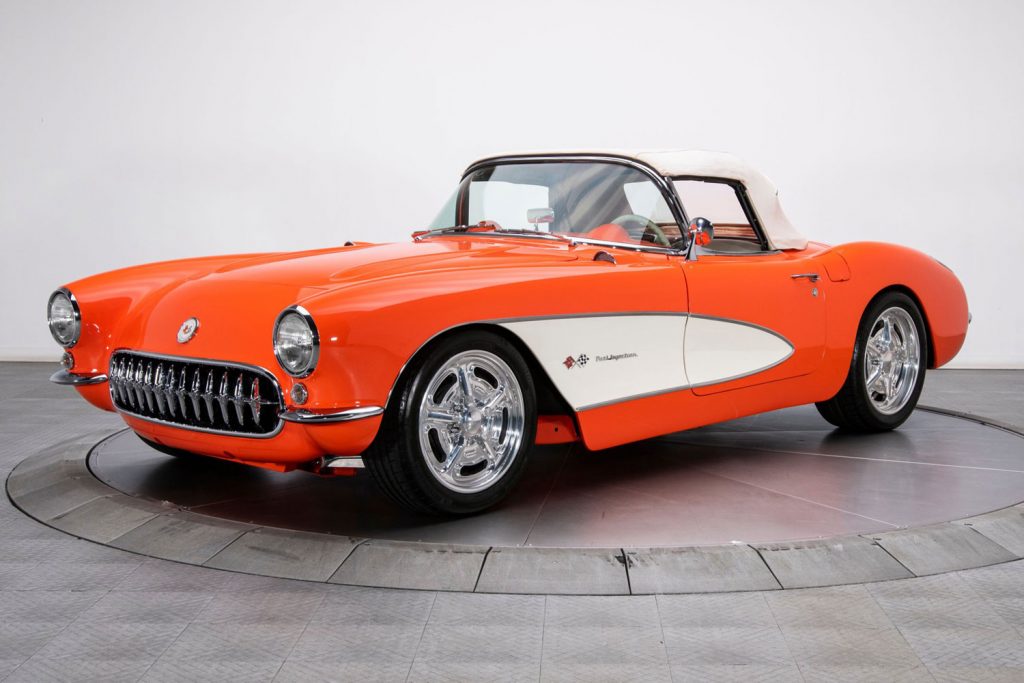 Compared to modern cars, first-generation, AKA “Solid Axle,” Corvettes do not ride well. Equipped with four-wheel drum brakes, they do not stop well. Despite the available performance upgrades, most of them were not particularly fast, at least compared to today’s standards. Poor ride, crummy brakes, and lukewarm performance are all reasons to convert a 1957 Chevrolet Corvette into a restomod. 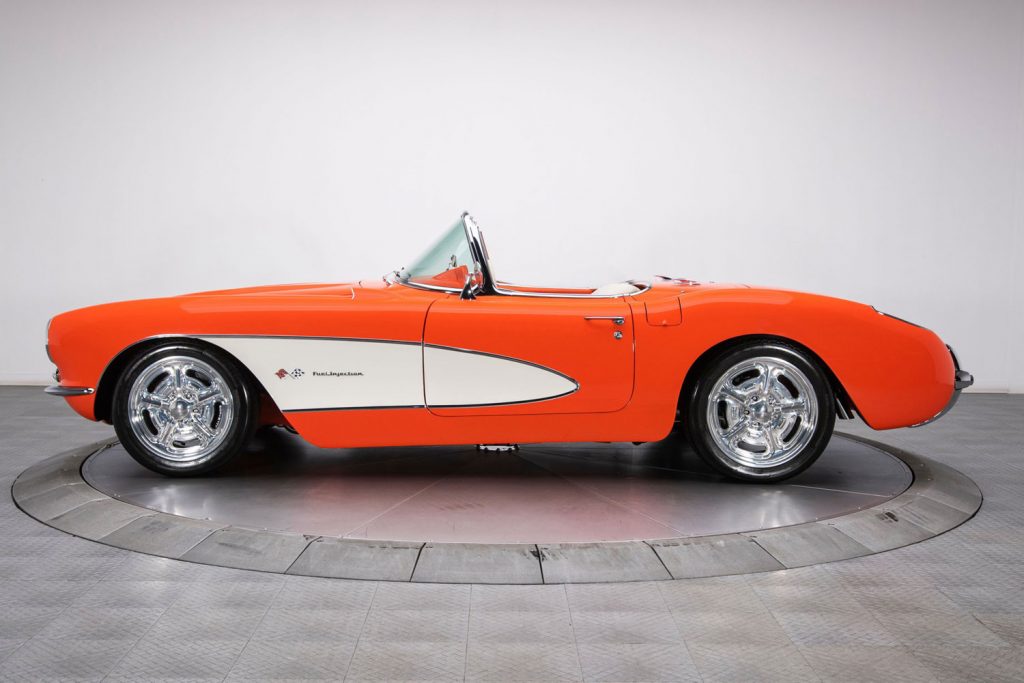 Fresh modern power, brakes, suspension, and a luxurious new interior would breathe new life into a 1957 Chevrolet Corvette. Transforming classic iron into a modern car with vintage bodywork is quite popular right now, but it is costly. It is much akin to buying an exotic car, price-wise. In the appearance department, a classic Corvette will make an exotic car owner hate life. 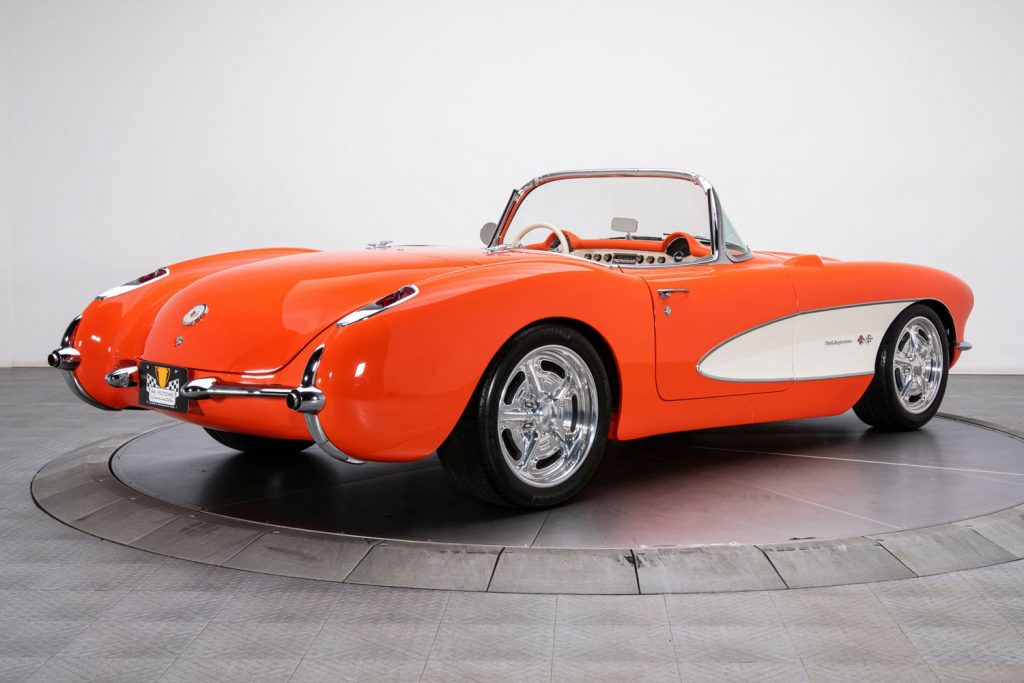 This 1957 Chevrolet Corvette restomod from RK Motors Charlotte is resplendent in Organic Orange (not far from 1957 Corvette Venetian Red, which was kind of a tomato soup color) with Wimbledon White coves, and this Solid Axle has been given the full restomod treatment by way of a claimed 3,000-hour rotisserie build (that’s a year and a half of 40-hour weeks). 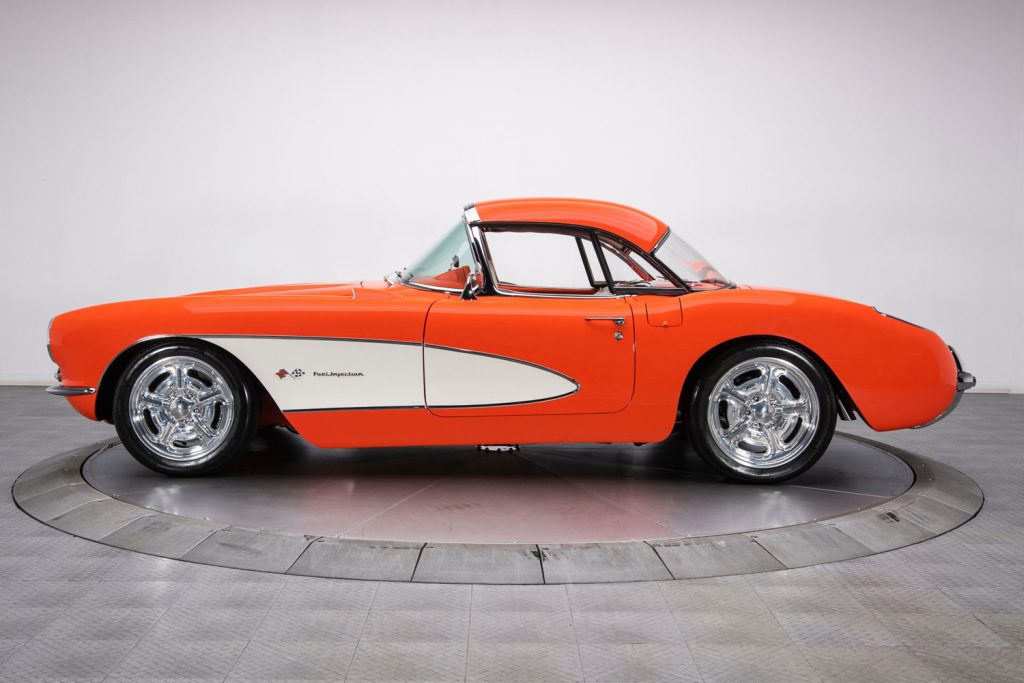 The bodywork has been widened to accommodate larger 17- and 18-inch staggered Budnik Muroc III wheels shod in sticky performance rubber. It has a modern 6.0L LS2 topped by a Magnuson Supercharger, cranking out “565 dyno-proven horsepower”, all assembled by the legendary Lingenfelter Performance Engineering. 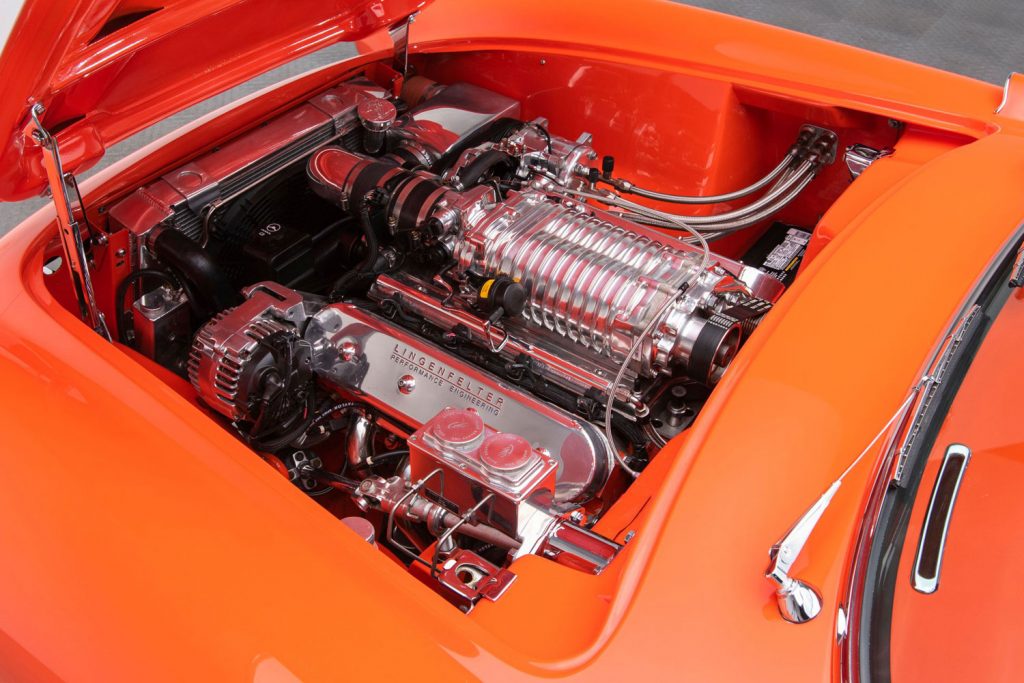 That potent mill is backed by a beefed-up Tremec T56 six-speed transmission. A Dana 44 third member and Eaton Truetrac diff get the power to the wheels. Handling duties are courtesy of fourth-generation Corvette suspension hung from a Newman-modified original X-frame. Of course, every square inch has been polished and buffed to perfection. 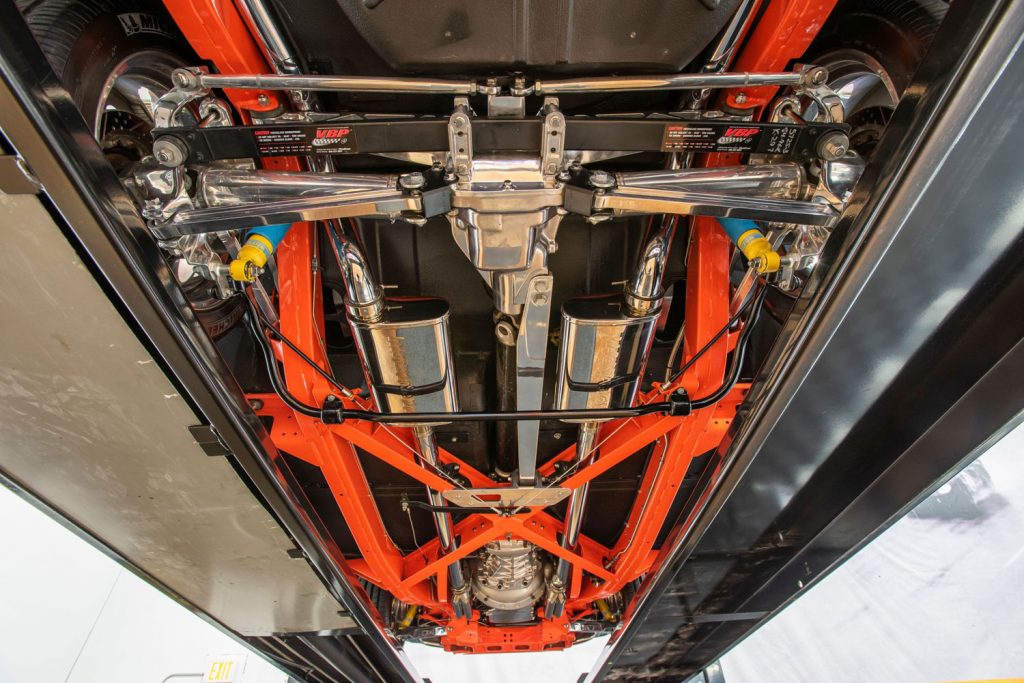 The spartan original interior has been replaced by custom orange and ivory leather, plush carpet, and a modern stereo. It has modern climate control with A/C. It comes with both the hard and soft tops. 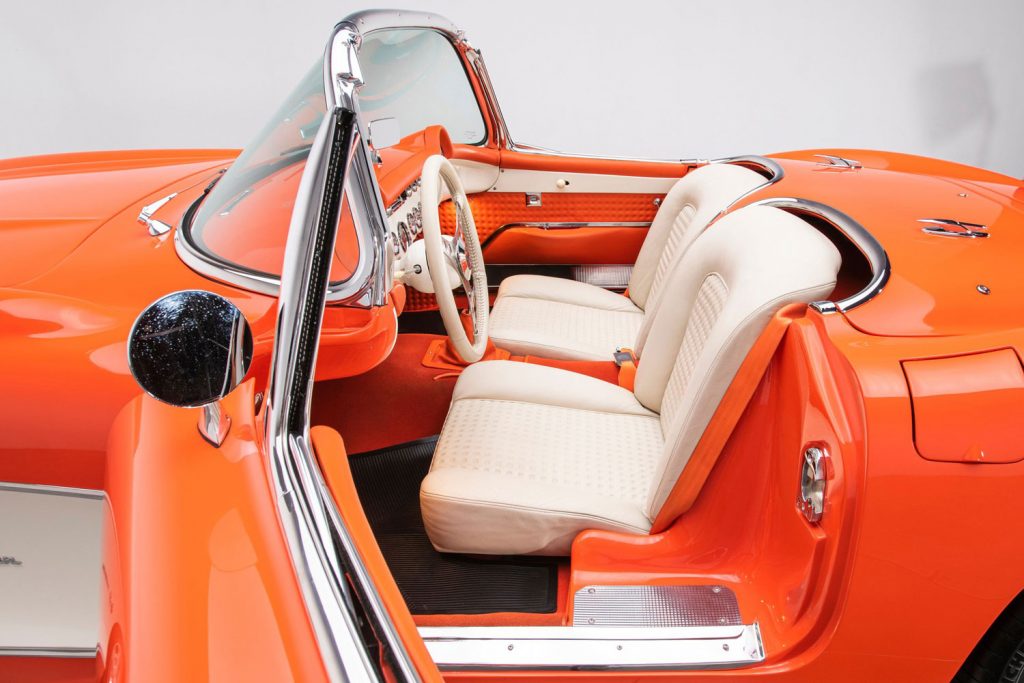 Here is the rub: the seller wants $349,900 for the Little Orange Corvette. Sweet Jesus Palomino. Most of the Restomod Corvettes one sees for sale are somewhere in the $150k-$250k price range. In many parts of the country, $350,000 is house money. In certain parts of the country, that is NICE house money. Despite the fantastic work quality and execution, $350k seems like a ton of jack for a 1957 Chevrolet Corvette, no matter how slick it is. 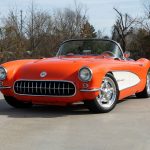 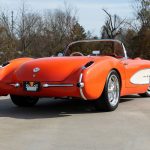 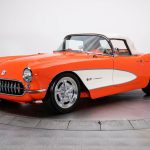 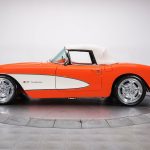 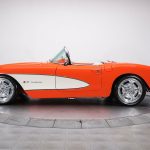 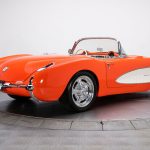 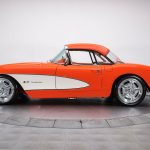 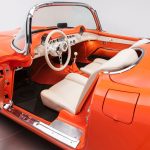 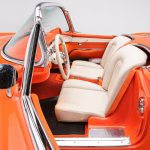 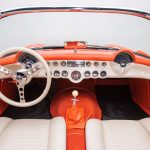 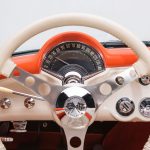 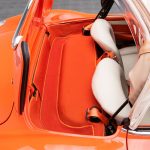 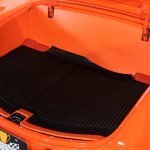 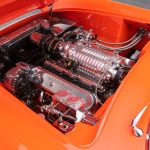 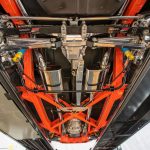