Earlier this year, we shared a video of a Pontiac Wave catching some massive air after a YouTuber lined it up with a dirt jump and put a brick on its accelerator pedal. Now the same destruction-obsessed YouTuber, Mark Freeman, is back with a similar video – although this time it involves something a little bit bigger than a Pontiac Wave. Make that a lot bigger, actually, as Freeman managed to find himself a GMC Vandura box truck to wreck in spectacular fashion. 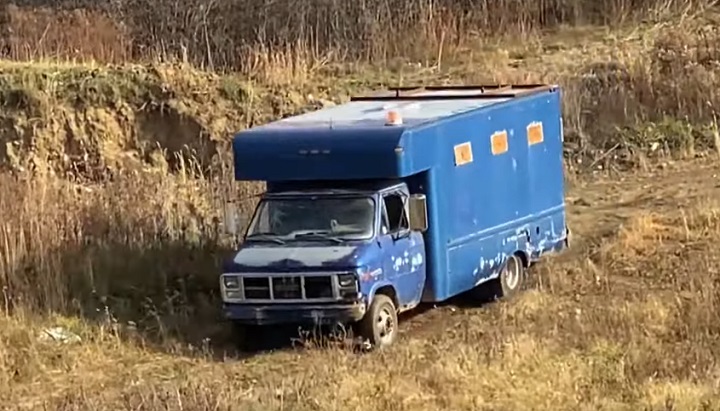 This GMC Vandura was in poor shape when Freeman came across it, so he decided he might as well jump it for his viewers before it was inevitably hauled out to the local metal scrapper. This is actually the perfect vehicle for a stunt like this, in our opinion. The poor shape of the body and interior means it’s worth virtually nothing, but the Detroit Diesel starts up easily and still has plenty of torque to offer up, giving it enough performance to hit the jump at a respectable speed. Also, what kind of fun-hating individual doesn’t want to see a huge old delivery truck get launched 15-20 feet off the ground? 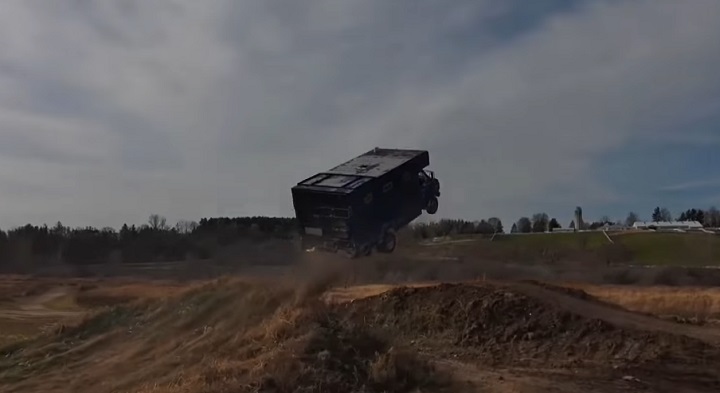 There’s one other reason this is a great choice for a stunt like this. The GMC Vandura is a durable workhorse of a vehicle that was designed to live a hard life in fleets, so it’s pretty tough. It actually survives two rounds of dirt jumps before falling to pieces and even then it was only damaged because it missed the transition ramp completely.

Check out this spectacular GMC Vandura jump in the video embedded below. We should also probably say to not try a stunt like this at home, though we’re sure very few people have access to an old GMC van, acres of open land and a huge dirt jump, anyway.