In 1958, General Motors celebrated its 50th anniversary by introducing special editions of some Chevrolet, Cadillac, Buick, Oldsmobile and Pontiac models. The Chevy version was a derivative of the Bel Air designed by Joseph R. Schemansky and given the now-legendary name of Impala. Up until that time, the Impala name was used on a concept car displayed at the 1956 General Motors Motorama, but this was its debut on an actual production model. And now, an exquisitely-restored 1958 Chevy Impala coupe is being offered for sale by RK Motors in Charlotte, North Carolina. 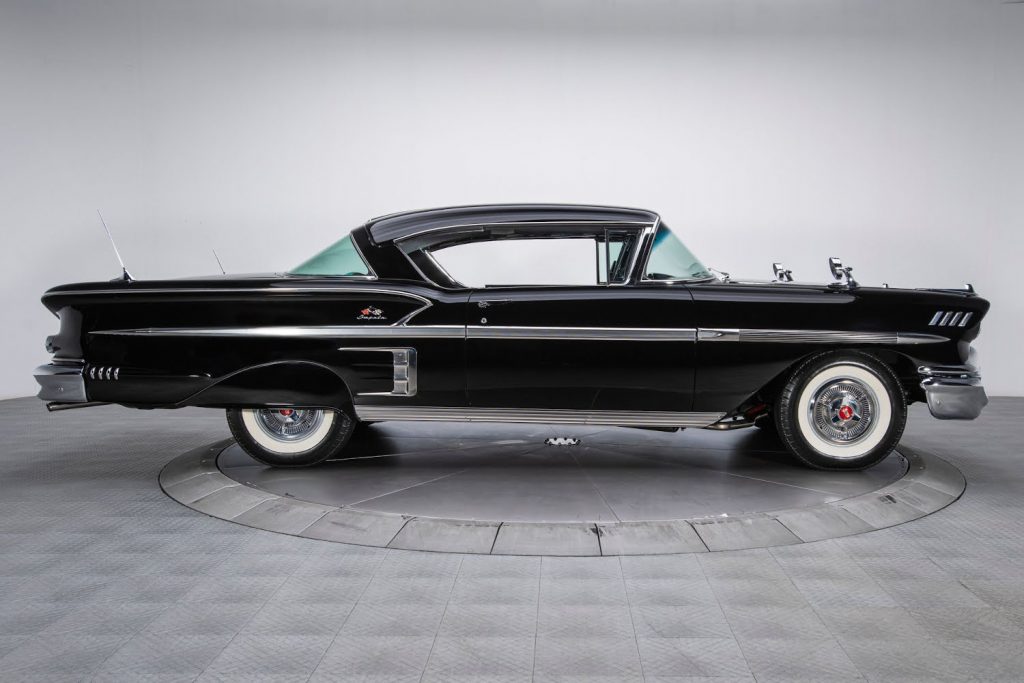 This very special 1958 Chevy Impala has just undergone a complete body-off, nut-and-bolt restoration after being stored for approximately 35 years. Despite being stationary for such a long period, the body required only its floor to be replaced, with all other sheet metal remaining original.

The ’58 Impala has correct two-stage Onyx Black paint and equally correct vinyl and cloth interior trim in gray, black and turquoise. Under the bonnet sits a 348 cubic inch Big Block professionally rebuilt by Clemmons Speed Shop of Winston-Salem. Power from the V8 is sent to the road through GM’s Turbo-Hydramatic 350 three-speed automatic transmission and a posi-traction differential. 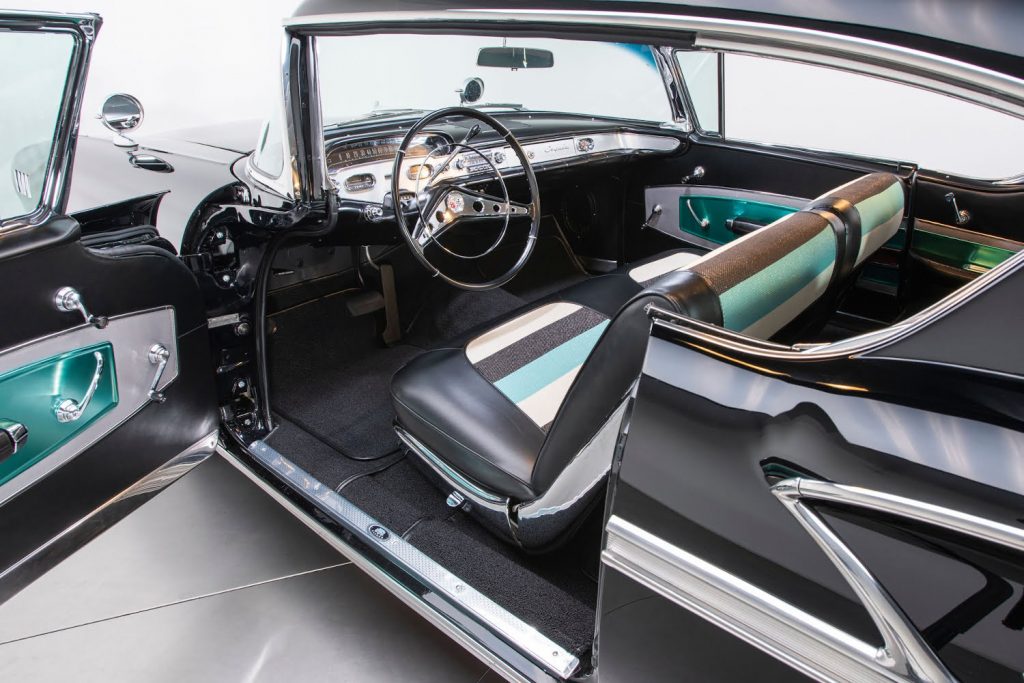 The suspension has been fully rebuilt, and the Impala sits on 14-inch painted steel wheels, complete with spinner hub caps and American Classic whitewall tires. Also included in the deal are forward-mount accessory mirrors, and optional dual antennas and fender skirts.

RK Motors, which says that this beautiful example of an early Chevy Impala “might be the ultimate American cruiser,” is offering the car for $117,900 outright, or for a 20 percent deposit followed by 120 monthly payments of $1,060 for a total cost of $150,780, not including the buyer’s state tax or a dealer administration fee of $299. 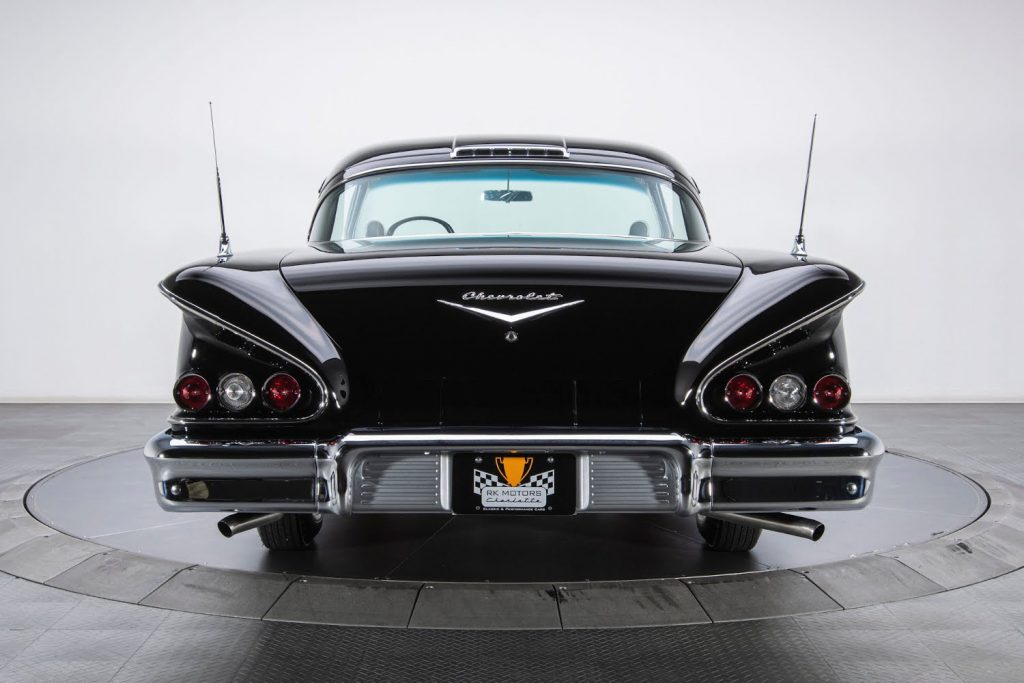 These figures include a comprehensive multi-point inspection and both photos and receipts from the restoration. What’s more, RK Motors can arrange shipment of the car anywhere in the world.