The Tail of the Dragon is a very well-known driving road for performance car enthusiasts and motorcycle riders in Deal’s Gap, Tennessee. Widely considered to be one of the best driving roads in the United States, Tail of the Dragon usually attracts motorists looking for a place where they can stretch their vehicle’s legs a little bit. This unfortunately means some drivers go over the limit while visiting the area, as one C8 Corvette owner learned recently.

A Corvette Forum member recently shared some photographs showing the aftermath of an unfortunate accident between a Blade Silver C8 Corvette coupe and a ratty-looking NA Mazda MX-5 Miata that occurred on the Tail of the Dragon, which is located about an hour and a half outside of Knoxville. According to the poster, the C8 Corvette “was struck by an older Miata whose driver allegedly failed to control his vehicle in the turns.” 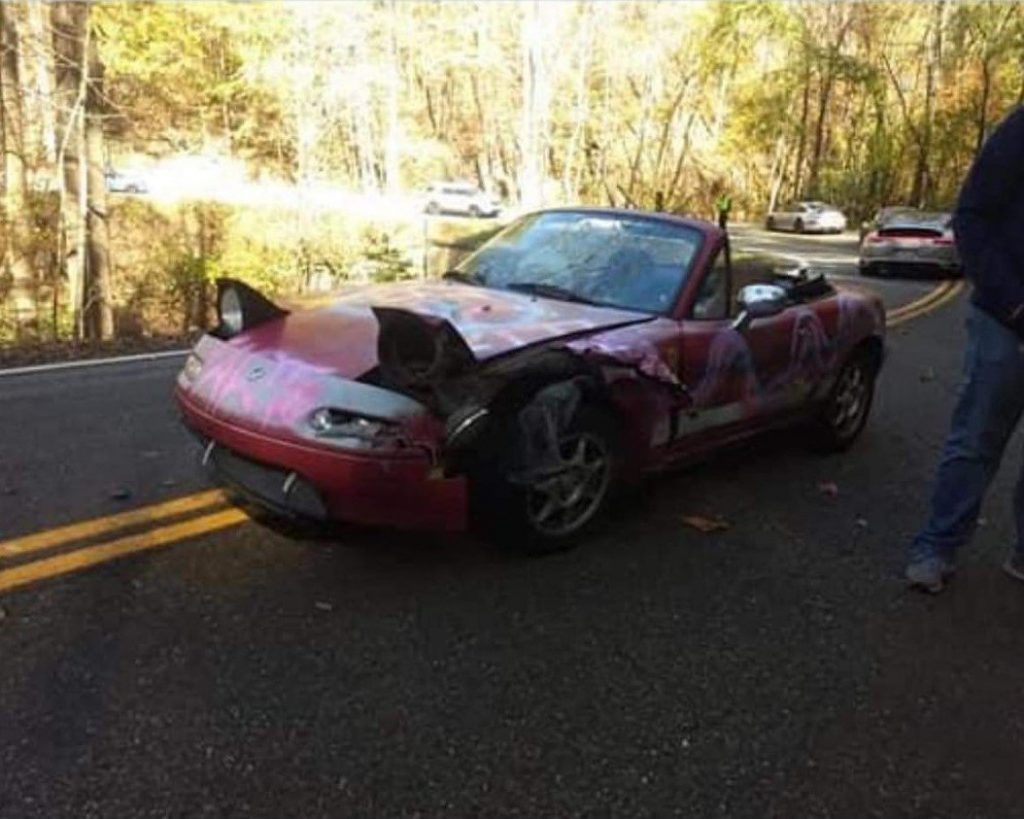 The photos would suggest that one of the vehicles crossed the dividing line in the road and sideswiped the other vehicle, as both vehicles have driver’s side damage. The C8 Corvette appears to have gotten the worst of it, as the impact ripped off the left rear wheel and suspension assembly.

The Mazda, by comparison, only has some front left quarter panel damage and a broken headlight. This doesn’t seem like much of a loss, though, as the Mazda appears to have already been ruined by the current owner, who has covered it in a low-rent spray painted design.

We can’t be sure about this, but the younger man in the blue hoodie may be the driver of the Mazda MX-5 Miata, while the older gentleman in the red polo shirt appears as though he could be the C8 Corvette driver. Judging by the older man’s body language in the photos, he doesn’t seem particularly happy with the younger fellow. 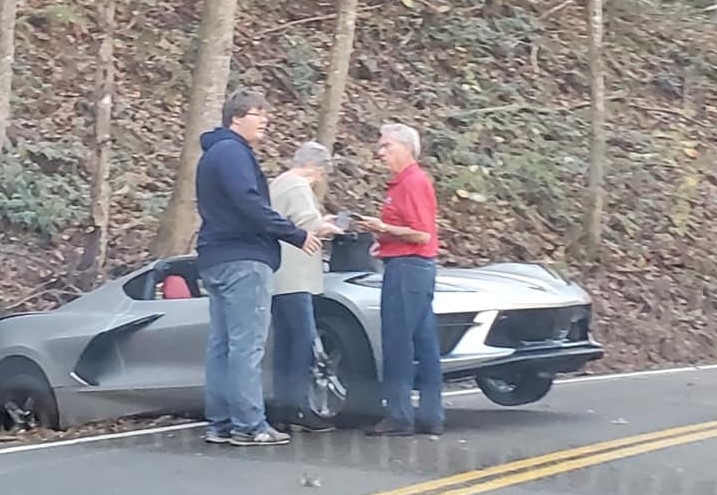 If the C8 Corvette owner had their Performance Data Recorder switched on, they may have some indisputable evidence that this crash was the fault of the Mazda driver. We’d be surprised if there weren’t witnesses around to see this crash, though, as Tail of the Dragon is a very popular destination during the autumn months.

Regardless of the legal outcome from his seemingly scary crash, we’re just happy it seems no one was seriously injured in this crash. If either car was a few more inches to the left or right, this could have been a head-on collision with a very different outcome.