A car believed to be the only survivor of six 1971 Pontiac Firebird Trans Am promotional cars known as Tirebirds will be one of the lots at the Mecum auction in Houston, Texas, December 3rd to 5th. 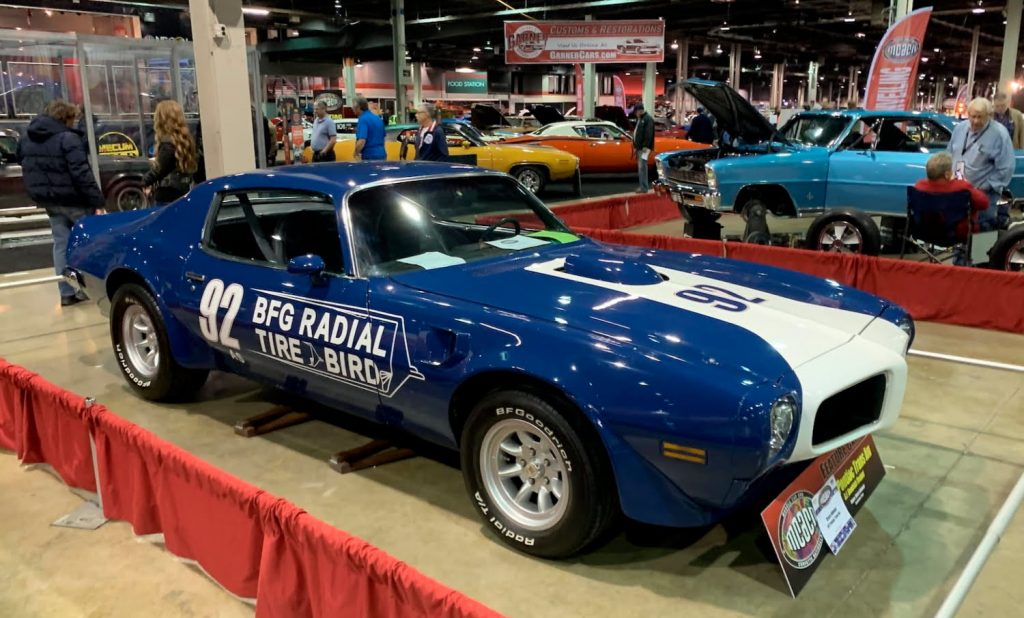 These Firebirds were used to promote the BF Goodrich T/A 60-series radial tire, created to cope with the massive amounts of power being produced by American muscle cars in the late 1960s. In 1970, BF Goodrich approached T/G Racing (founded by Jerry Titus and Terry Godsall) of Tarzana, California, which was running a team of Firebird Trans Am racers in the first year of the second-generation GM F platform Pontiac. 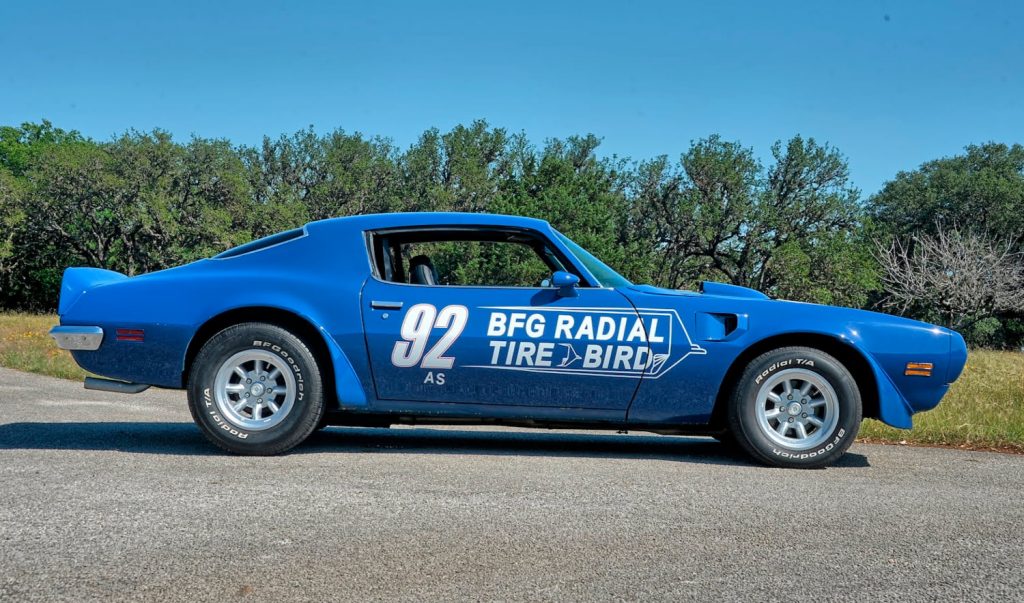 An agreement was reached for T/G to fit these cars with the T/A tires. After a short development period and a promising debut in a four-hour race at Mosport, the team headed to Watkins Glen for a two-day SCCA meet. German-Canadian race driver John Cordts won a race on the Saturday in very hot conditions and another the following day in the wet, on both occasions using tires on which he could drive his Firebird Trans Am back home if he wanted to. 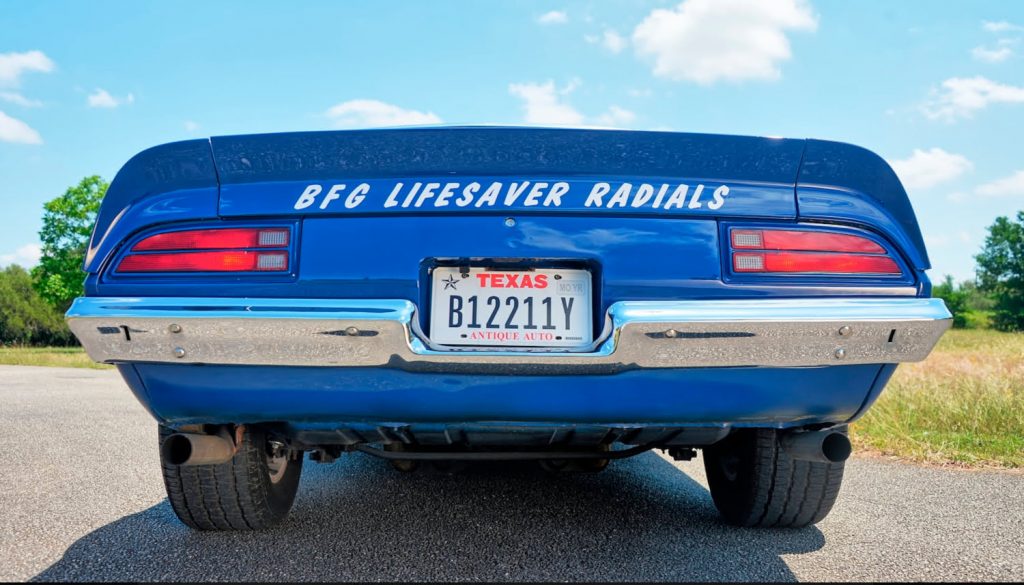 These results persuaded BF Goodrich to deepen its association with T/G Racing. The team’s duties included building six Tirebird promotional cars with the same white-on-blue color scheme as the racers. The only one still known to exist was purchased in late 1971 by Tom Senter, editor of Popular Hot Rodding magazine. Berger returned the car to street specification and replaced the original 310 horsepower 7.5L Pontiac 455 High Output V8 with a 450 horsepower Chevrolet LS6 454 engine supplied by Berger Chevrolet of Grand Rapids, Michigan. 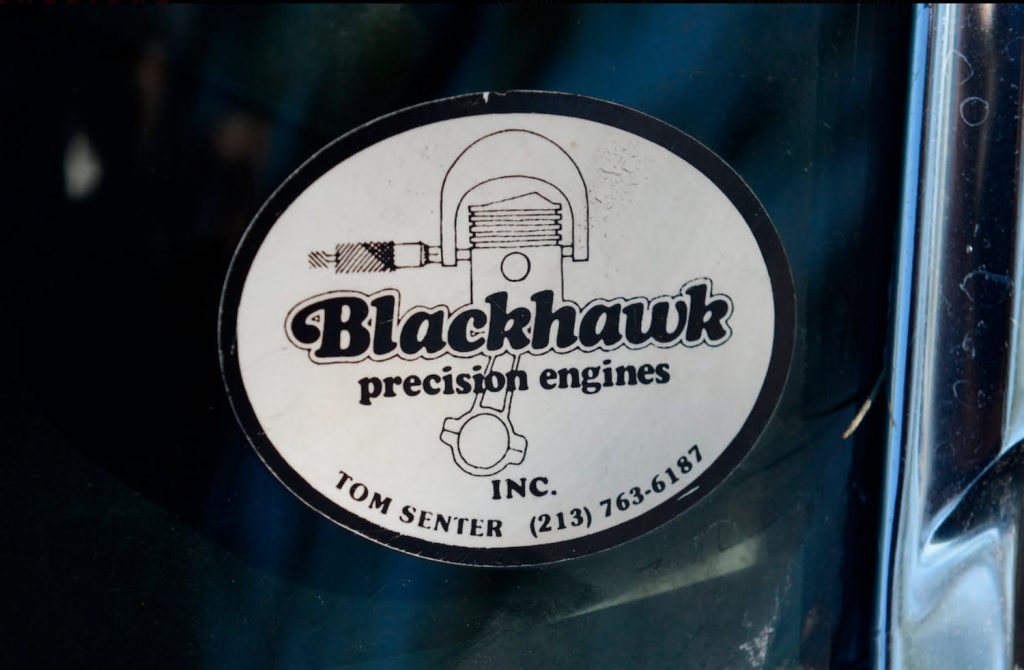 A later owner swapped the manual gearbox for a GM 400 automatic, apparently to make it easier for his daughter to drive this very special Firebird Trans Am to school. This transmission and the Chevrolet engine are still in the Tirebird, but the car has been brought back to its original color scheme after being painted Ferrari Fly Yellow by Tom Senter in 1972 and dark blue metallic by John Motroni in 2004. 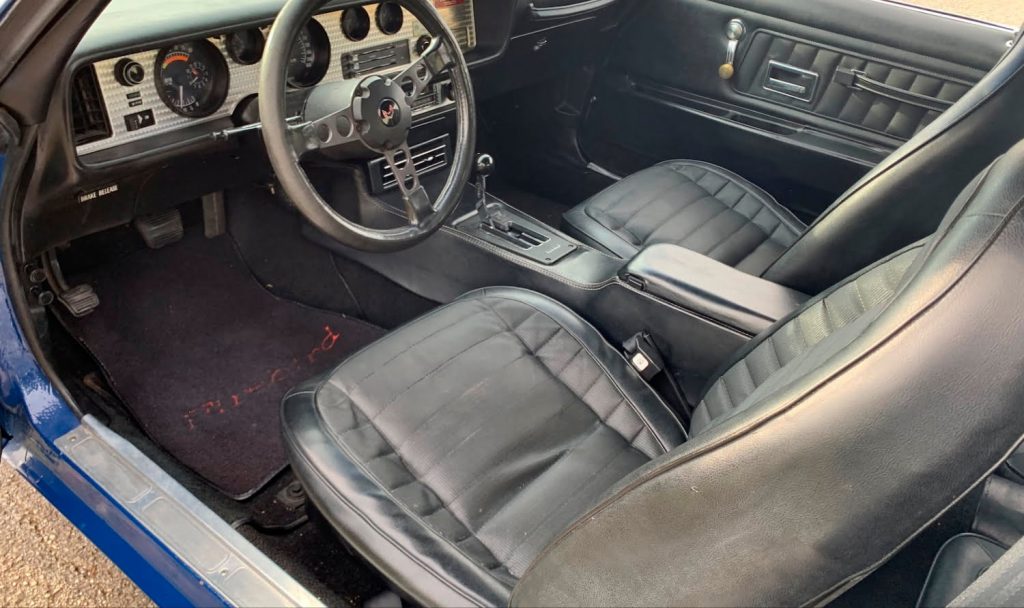 The Tirebird is being offered for sale after what Mecum describes as an immaculate restoration and with extensive documentation.